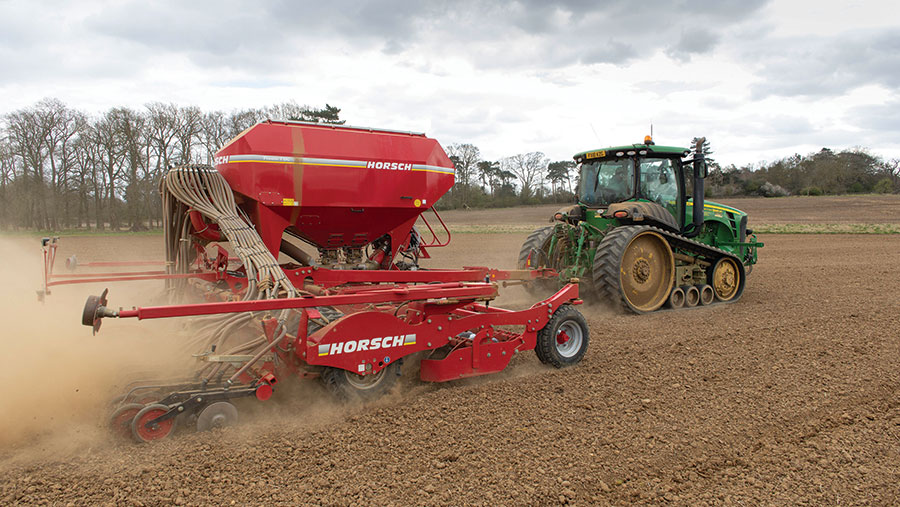 Improving soil health and establishing a cover crop is helping farmers overcome the effects of extreme weather on their cropping system.

The past few months have seen big swings in conditions, with a winter that was so wet that a proportion of winter cropping never got drilled. This was followed by a spring that has seen little rain, with growers trying to establish crops in bone-dry seed-beds.

Therefore, there is a need for more resilient cropping systems that cope better with the extreme weather patterns seen in recent years.

Here we look at two farmers who are looking to improve resilience on contrasting soil types.

Ian Wilkinson has developed his own unique system by introducing sheep into the cropping system on the 43ha demonstration farm on poor Cotswold brash soils.

“There is nothing worse than soil being left bare over the winter,” he says. 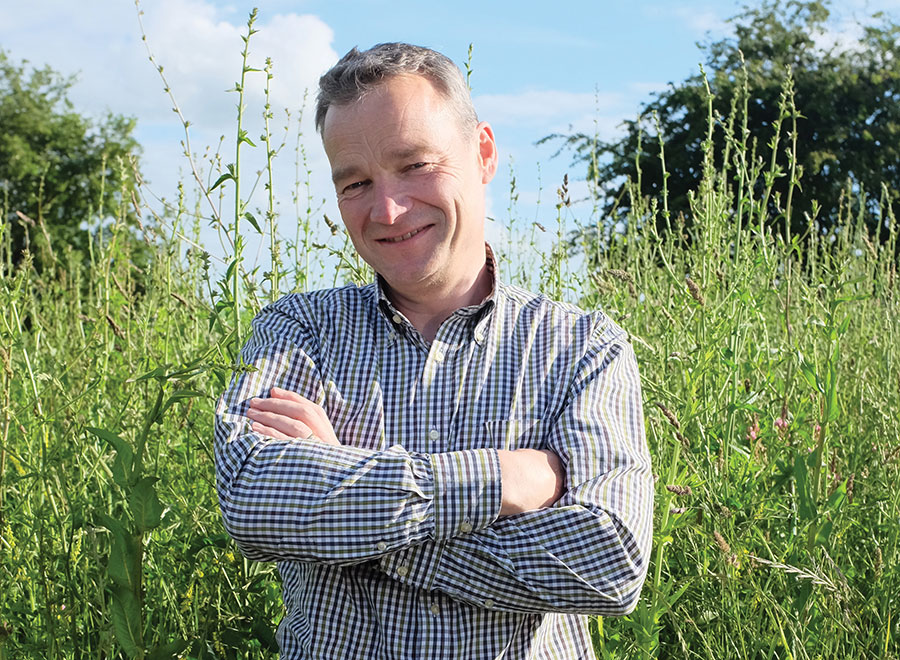 “I saw very little green [cover] around here, as many had expected soils to be drilled, but they are now dry and I can’t see how farmers can grow a crop in it.”

His system is based on having 100% ground cover “pretty much all year round”. This helps retain moisture for spring seed-beds, which otherwise would dry out.

At the heart of his low-input system is an eight-year crop rotation, which begins with a four-year deep-rooting herbal ley to build soil fertility. He describes this as “the engine of our rotation”.

The herbal leys sequester carbon and fix nitrogen. “It’s the only way I can see of building fertility on these soils. The soils have no inherent fertility and organic matter is low,” Mr Wilkinson says.

A flock of 100 ewes, owned by a neighbour, is sufficient to manage the forage areas and they are moved every 24 hours to a new 0.1ha block. It takes about 40-50 days for the flock to move around and mob graze the blocks.

Sheep graze about half of the forage and the other half is left for carbon sequestration, as the sheep are moved on. “It is delivering good sheep production and biodiversity.” 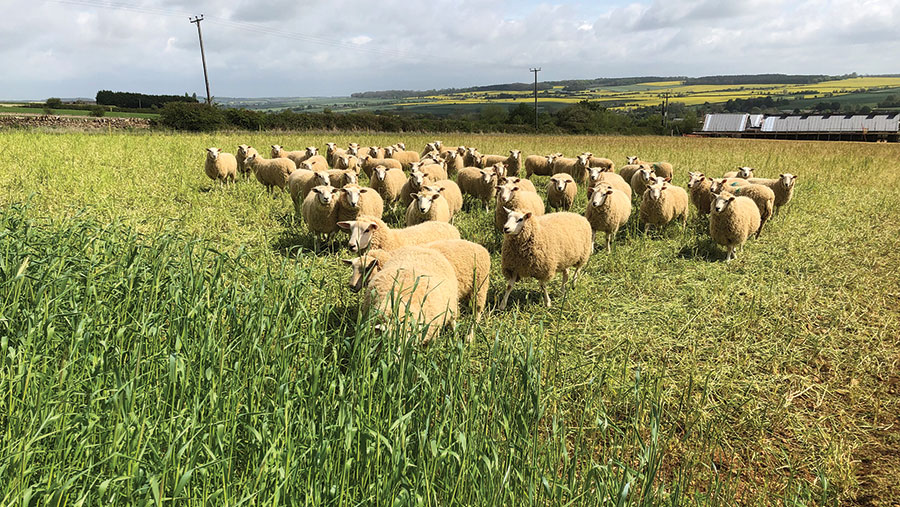 While cover crops are grown, he is looking to take this further by having permanent green covers and is currently looking into drilling wheat into a white clover which protects soil and fixes nitrogen.

“I don’t know if it will work yet, but trying a way to have a continuous green mulch with a crop growing in it.”

Mr Wilkinson also highlights sanfoin as a potentially useful crop, as it is drought-tolerant, which is ideal for the dry spells. However, it doesn’t like being sat in wet soils.

Phil Jarvis farms 330ha at Loddington and says the swings in weather can have major effects on the heavy land.

He says soils that were “like sludge” a month ago are now bone dry. Repairing drains on heavy soil is paramount and the wet weather highlighted some areas that needed attention. Consequently, Mr Jarvis has spent recent weeks repairing 17 drains on the farm to help improve drainage for next time. 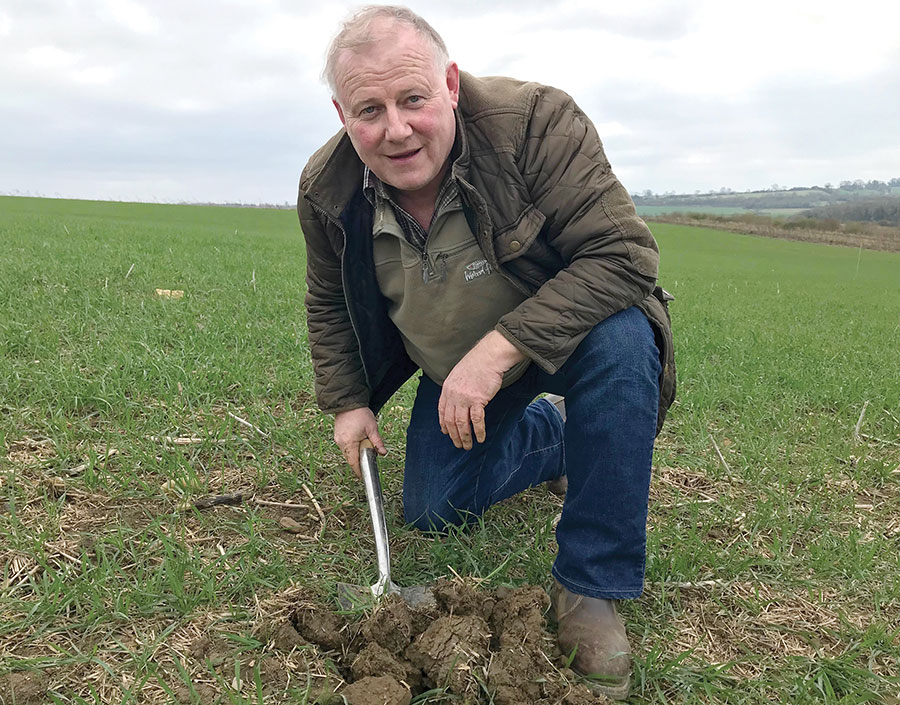 It’s not just the wet, he also points out that heavy land can go from extremely wet to extremely dry very quickly, so they need care to prevent drying out in spring. “Having moisture at the right time is key.”

The Allerton project has been researching farm ecosystems and the effects of different farming methods on wildlife and the environment for more than 20 years at Loddington.

To help build resilience into soils at Loddington, Mr Jarvis has successfully widened the rotations, introduced cover crops and is making the transition to direct drilling.

“The direct drill approach allows our soils to remain undisturbed by leaving crop residues on the surface from harvest until sowing.”

This helps to conserve moisture for spring drilling, which is critical in a dry spring like 2020.

Agricology has put together a series of virtual events over the summer, helping farmers to learn more about sustainably farming based on agro-ecological principles.

New this summer are the virtual field days, which aim to bring together farmers and researchers to discuss key practices on “tour” around a farm. Participants can interact via a webinar, dial in or watch it on YouTube Live.

Kicking off the programme on 28 April is a virtual field day looking at helping farmers take the first steps to agroecological farming. Other topics to be covered include intercropping and herbal leys.

Find out more at the Agricology webpage.

Both farmers were speaking at a recent briefing organised by Agricology.