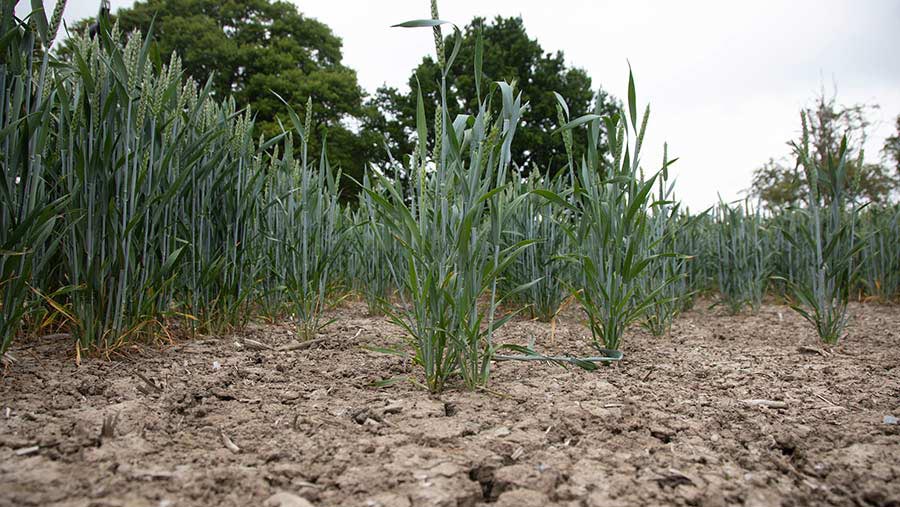 Building a more resilient production system is the main aim of Balbirnie Home Farms in Fife, as the mixed farming business prepares to become the AHDB’s Strategic Cereal Farm in Scotland for the next six years.

For farms manager David Aglen, the opportunity to learn and share knowledge will be invaluable as he puts regenerative agriculture principles into practice across the diverse rotation and moves the 1,150ha farming business forward in the post-Brexit climate. 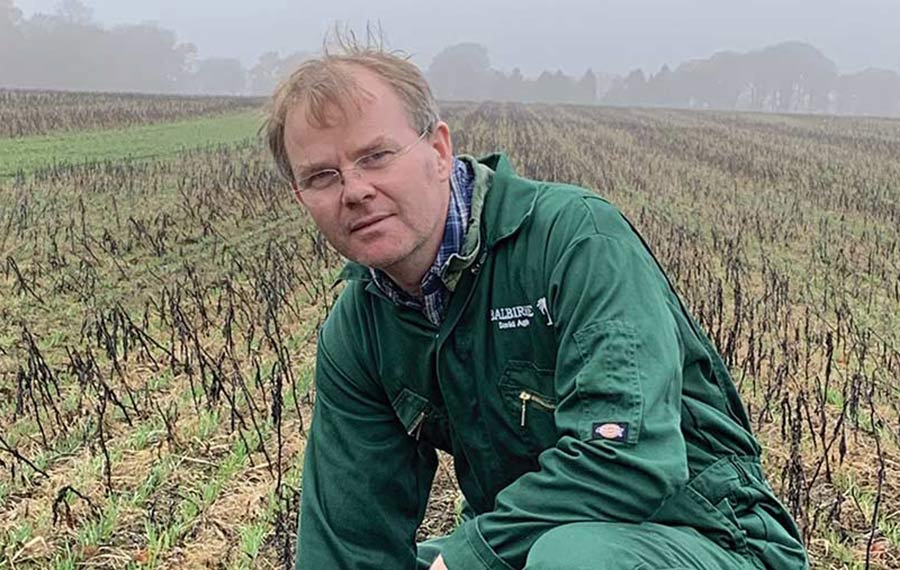 Unafraid to try new ideas, Mr Aglen is supported by estate owner Johnnie Balfour, who shares his enthusiasm for developing economic and environmental resilience, as well as finding solutions to problems encountered during the transition to the new system.

With 800ha of arable crops and 170 suckler cows, the rotation is diverse and includes winter and spring cereals, pulses, vegetables and kale/forage crops for overwintering cattle. There is also 300ha of grassland. The balance is forestry and let farms.

This year, the 92ha of winter wheat is half its normal area, while 290ha of spring barley is twice as much as originally planned. In addition, there are 174ha of oats, 100ha of spring beans, 50ha of kale and forage crops, as well as 170ha of cabbage, cauliflowers, carrots and potatoes.

An even longer rotation is a possibility, says David Aglen. “We’re happy to try different things and consider new ideas.”

With baselining still to be done before the Strategic Cereal Farm can be launched officially in early 2021, Mr Aglen priorities once the project gets underway are to reduce costs and improve soil health.

“Hopefully, we can bridge some of that gap, by putting in trials which will generate useful information for this farm and others like it.”

With this in mind, Mr Aglen hopes to expand the opportunities for successful direct drilling, increase the cover cropping options suitable for the Fife climate and investigate greater integration of livestock into the arable rotation.

All of these fit with the phased move to a system based on biology, which he believes will provide a firm foundation for the farm’s future.

“We have been doing some direct drilling for a while, with varying degrees of success,” he says. “We want to increase the amount we do, but we are finding it difficult to get right in the spring.

“Soils take longer to warm up in the spring in Scotland, which then restricts the growing period. We need to find ways of making it work better.”

Cover crops based on cereals and grasses are grown before pulse, brassica and vegetable crops, while broad-leaved cover crop mixes are used ahead of spring cereals.

“We try to have a good range of species as it feels right to mix and match,” says Mr Aglen. “The one issue we are finding is that rye volunteers are coming through in the crops, so we need to look at how we can avoid that.”

Having vegetable crops in the rotation means that the role of cover crops in improving soil structure is key. “There are times when the soil gets pulverised. Integrating cover crops does help to remedy and reduce soil damage, as well as recycle nutrients.”

A 170-strong herd of suckler cows already exists at Balbirnie Home Farms, with all the progeny finished where possible. Integrating more livestock is a goal for Mr Aglen, who sees their potential to improve soils further and help reduce inputs.

He has been tinkering with composting, as a means of helping soil biology, finding that the process seems to be temperature dependent.

Having spoken to other composting farmers and advisers, he will be monitoring the temperature of the compost regularly with the goal of keeping it below 65C, by turning it daily. “That’s a really good example of learning from others and sharing our experience.”