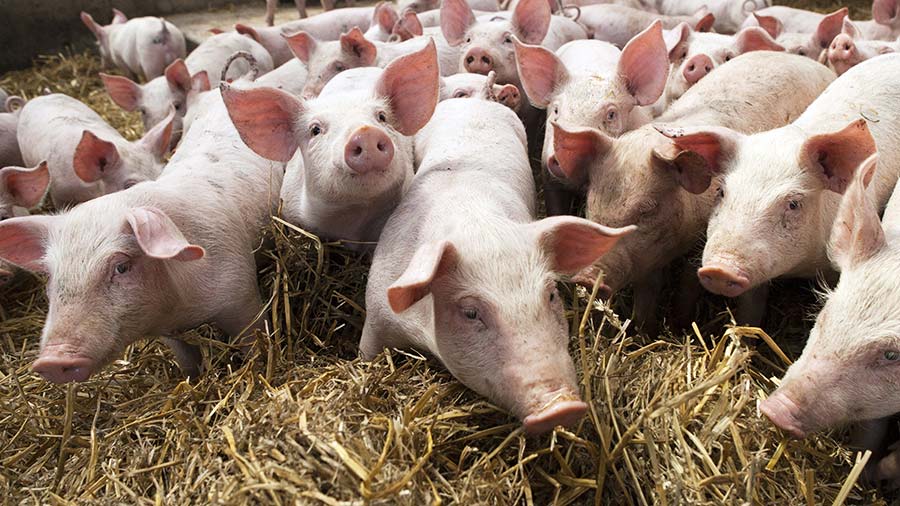 The desire to grow and improve the family arable business while preparing it for an uncertain future prompted Yorkshire farmer Gary Shipley to take on the Monitor Farm role in 2019.

Just 18 months after becoming the Huggate Monitor Farm host, Mr Shipley has seen his plans start to take shape almost immediately, with a new contract-rearing pig unit established on the farm in the past 12 months.

Completed in March, the unit is about to finish its second batch of 2,000 pigs, which as well as providing an extra income stream will also supply organic matter and nutrients for the arable enterprise.

“Expanding the pig enterprise further is a possibility and something we will be looking into, with our next meeting exploring the costs and rewards of having pigs in an arable rotation,” he says.

“We also have stabiliser cattle on the farm, but their future is less certain.”

With the help of the Monitor Farm programme, Mr Shipley has also been able to accelerate previous progress made with soil health and has benefited from a full labour and machinery review, which is helping to guide future machinery purchasing decisions.

“Coming into the Monitor Farm initiative, getting to grips with production costs was a priority,” he adds. “We’ve got some decisions to make about machinery replacements, so the review was very timely.”

With 440ha of combinable crops at Huggate Wold Farms, as well as 20ha of rented potato land and 50ha of vining peas, he is looking to replace a 10-year-old Horsch Pronto drill and is also considering buying a new combine.

“Making our operations more efficient is the aim, whether that’s having extra capacity or technological improvements,” he says.

“We want the flexibility of being able to direct-drill where soils are in the right condition for it to work well, while also being able to cultivate where we have to incorporate pig muck or create some tilth.”

Having escaped the worst of the weather extremes last autumn, harvest 2020 was better than he feared, with only the winter barley giving disappointing results.

“We tend to drill earlier than others as we are farming at 700ft above sea level, so we have to pay attention to timeliness and get the crops in,” notes Mr Shipley. “It also helps that we don’t have a major blackgrass problem.”

Both the oilseed rape and the spring barley did well, he recalls. “It was only the winter barley, which was drilled in the second week of September, that struggled in the very wet conditions at the time.”

In contrast, the winter wheat, which had all been drilled by the first week of October, gave a respectable yield of between 8-9t/ha. All the wheat is grown for feed and goes to a local mill at Fridaythorpe, often securing a £5/t premium.

Oilseed rape remains in the rotation, having bucked the national trend for disappointing results and performed well for the past couple of years.

This year’s crop is a mix of the hybrid variety Aurelia, which offers the pod shatter resistance that is required when growing it at height, as well as Expectation as a possible replacement for the farm’s old favourite Excalibur.

Flea beetle numbers have remained manageable to date, he reports. “We don’t have the pressure that some farms have seen and we drill the crop early. We also apply digestate, which seems to deter them.”

Otherwise, the winter malting barley variety Craft is grown, as the farm has a good record of meeting the malting specification. In addition, Laureate spring barley, which Mr Shipley describes as a game changer, has performed well.

Vining peas have been grown on the farm since the 1950s, but the area is being reduced to widen the rotation.

Gary Shipley is one of the farmers taking part in the Sustainable Landscapes Humber project, which sees cover crops being grown over the winter to counter the effects of climate change, reduce any flooding risk and improve soil health.

The scheme, which is being run by Yorkshire Water for growers supplying Birds Eye, provides subsidised cover crop mixes for use ahead of peas.

“We’re in our third year of growing cover crops now,” he says. “Looking after the growing medium over the winter makes sense and has helped with our soil organic matter levels. This year we have a pre-pea mix in the ground.”

Other investigations on the farm include an Adas second wheat trial and a look at whether protected urea has a place on the farm.