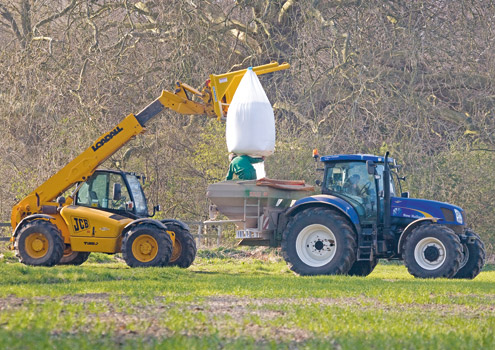 Should we sprinkle or squirt – that is the question? Two growers discuss why they have changed and outline the key benefits to their business. 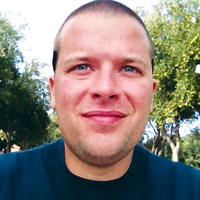 Our whole farming operation came under the spotlight after a member of our staff decided to leave prior to harvest 2007 and we needed to streamline fertiliser handling.

Farming in three locations can be a logistical nightmare so if there was any way of reducing the need for man, loader and double handling it had to be a plus. The beauty of liquid fertiliser is that you don’t need to be around when it’s delivered, not only saving time but also valuable storage area.

Another advantage of the liquid system is its flexibility; we can buy the fertiliser when it suits us. Often the most economic time to buy granular fertiliser is in summer and early autumn, but storage space wasn’t always available, but with dedicated tanks this is no longer a problem. All liquid is bought from Billericay Farm Services.

We switched from a 24m demountable sprayer to a 36m self-propelled Househam sprayer, which allowed us to spray up to 320ha when crop spraying and up to 200ha when fertilising. To increase the performance of the sprayer, we tend to use a bowser system to make sure that the sprayer spends as much time in the field.

So far we haven’t experienced a conflict between spraying and fertilising. It’s about organising yourself, so if you have heavy dew first thing in the morning you can go fertilising until the leaf dries and then switch back to spraying. If it becomes a little windy for spraying you can switch to liquid fertiliser, so it’s all about maximising the window of opportunity.

We have certainly seen an increase in yields since switching to liquid and have noticed the real benefit in a dry spring because of foliar uptake by the plant.

Accuracy is where I believe liquid N scores over the granular product. You know precisely what the application rate is and exactly where it is being applied. This is particularly comforting when you are applying close to field margins and watercourses.

Switching to liquid gave us the impetus to start using the combine yield data that we have been collecting. We are now variably applying N in an attempt to even things up by targeting the poorer performing areas.

While it is great not having to deal with used fertiliser bags, there are a few downsides to the system, namely that fertiliser, water and electrics don’t really mix and we have experienced the odd grumble with electrical connections.

After the tanks have been replenished it is advisable to let the contents settle for a while to avoid sucking any grunge that maybe in the bottom of the tank. We have a mild steel bowser which isn’t ideal because of corrosion and in a perfect world we would switch to a stainless steel tank.

Sprayer maintenance is important because given the chance the fertiliser can be very corrosive. If I am going to be applying liquid fertiliser for a sustained period I will spray everything with Waxoyl. This does a great job of protecting the sprayer and can then be power-washed off afterwards.

As regards sprayer maintenance, we have had to overhaul the pump (diaphragms etc) three times in five years which is pretty much in line with a crop protection sprayer. There’s no denying that liquid fertiliser will take its toll on the sprayer, so maintenance is absolutely crucial.

We are very pleased with the simplicity of the system as well as the agronomic benefits on the crops. It is flexible and makes best use of our sprayer. 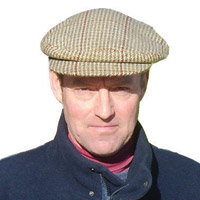 We started out with liquid, as both farms didn’t have the facilities for storing bagged fertiliser. But however hard we tried, we did occasionally scorch a crop here and there, particularly spring barley.

Very often we would be applying the main dose in early April and if there was a frost five days later, the scorch could be quite frightening with an inevitable yield loss.

The liquid N would also be hard on our sprayer, and I always think we are pretty meticulous about keeping our machinery clean, and well maintained. But despite that, we would often have niggling little breakdowns on our sprayer which could be blamed on the corrosive nature of the liquid N. There are few things more frustrating than a breakdown on a good spraying day.

The farmed area grew in the intervening years and before long, there was too much pressure on the spraying set up. With expansion, came bigger parcels of land, which in turn, came with better buildings that were more suitable for storing solid fertiliser.

Another issue with liquid was the timing of purchases. Historically, we would agree our liquid N price with our supplier in late May/early June for the following spring. The price would also include delivery. But we got badly caught out in 2007-08 having to buy at the top of the market.

It became clear that you can get a price for urea almost 365 days of the year, whereas if you are a committed liquid user, you are almost bound to agree to the price you are offered in late May/early June. In these rather more volatile times, that can leave you open to a dramatic increase in cost. With urea, if we like the look of the price early, we can place an order and, therefore, feel more in control.

We now have two spinners, so with another man on a forklift, we can easily cover 400ha in a day, or more. Another downside of liquid is that the work rate is rather slow, which is fine if you don’t have too much to get round, but if you have over 1,000ha of various crops in three different counties, all wanting N at the same time, applying solid urea for us is a lot easier.

There are many pre-conceived negatives associated with urea like volatilisation, poor spreading, and inconsistent quality. The quality is a lot better nowadays and we tray test our machines regularly through the season. We use a local professional at the beginning of the season, and have our own trays to test again later on.

To try to deal with volatilisation, we aim to apply it just in advance of rain and because we can get round the farm so quickly, we seem to be able to get our timing spot on. You only need 2-3mm to wash it in and seemed to have managed this over the last four seasons.

There is much debate on urea versus ammonium nitrate, whether solid or liquid, but I am yet to see an independent trial that can prise the two products apart.

In conclusion our sprayers are now freed up to just spray and another team of men can concentrate on applying urea. We can buy it when we want to and we have no scorch to worry about.

Have you any thoughts on the liquid versus solid fertiliser debate? Have you had any experiences forcing you to make the switch?

Share your thoughts on our online forum at www.fwi.co.uk/liquidvsolid