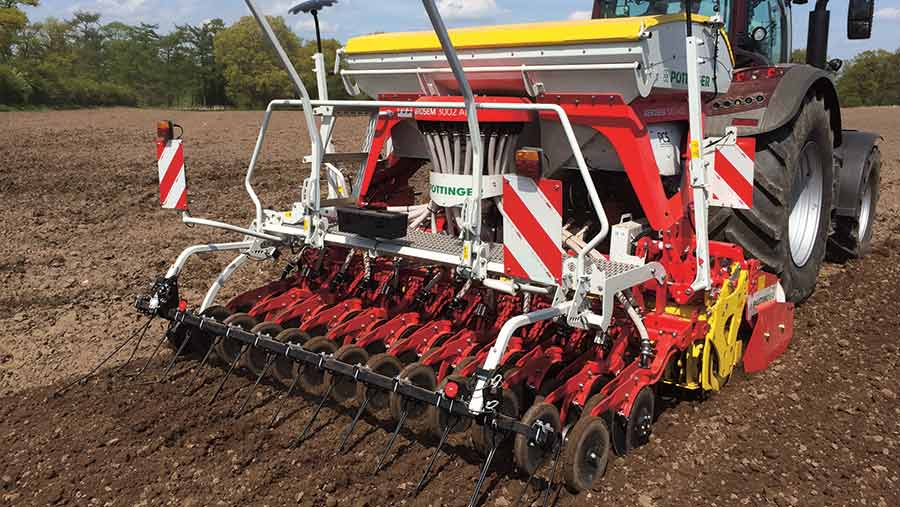 Establishing a companion crop with forage maize could be the answer to the crop’s negative environmental effects, which are coming under increasing scrutiny from green groups.

The maize area has increased significantly across the UK in recent years and cropping has intensified in traditional maize-growing regions, largely driven by the anaerobic digestion (AD) sector.

This has led to concerns about its effects on soils, with the open and late-harvested crop leaving land prone to soil erosion, nutrient leaching, rutting and compaction.

These are environmental concerns that need addressing according to Reaseheath College’s farm manager Mark Roue, who grows about 69ha of the crop. He thinks companion crops could be the answer.

“It is already being done in Europe and there will be a lot more companion cropping here in the future to reduce erosion and nutrient losses – it might even become compulsory for environmental reasons,” he adds.

Companion cropping with maize can provide environmental benefits, plus grazing in a mixed situation and better trafficability for harvesting, muck or digestate application. It also ensures ground is in good condition for the following crop.

Companion crops can also fulfil ecological focus area (EFA) requirements if two or more species are established. Despite all these positives, however, it may still be a hard sell for some.

Advice has always been to keep the crop free of any weeds to avoid competition – something maize is particularly sensitive to in early development – and establishing plants in between rows seems counter-intuitive to maximising yield.

To ease any reservations, Reaseheath College, agronomy and distribution group Agrovista and machinery manufacturer Pottinger have teamed up to carry out a UK-first trial looking into companion cropping with maize.

Established in May this year, it aims to uncover the best mixes, weed control strategies and also show how the latest drill technology can simplify establishment.

Five of 12 plots were established with a Pottinger Aerosem drill – a one-machine solution that can conventionally drill cereals, but also precision plant maize at 75cm while simultaneously undersowing the companion crop in three 15cm rows.

The remaining seven were drilled and companion crops oversown with a modified Aitchison direct drill at the six- to seven-leaf stage, 10 days after a post-emergence contact herbicide spray of Callisto (mesotrione). No pre-emergence herbicide was used across the trial.

The companion crop mixes used can be seen in the box right and included various grass species and legumes such as peas, clover and vetch.

John Ball, agronomist with Agrovista, says Pioneer variety P7326 was selected for early vigour and is crucial to get the maize away from its companion quickly, while the 15cm gap the Aerosem provides is also essential to minimise yield drag.

Plots that were oversown were subject to physical damage at drilling and the 15cm gap was lost in places, as RTK guidance wasn’t used, he adds.

“We have also seen some useful competition with weeds and the mixes seem to have reduced the burden,” explains Mr Ball.

Clover and vetches look to have been more difficult to establish at drilling with the Aerosem, growing away in ruder health when oversown 10 days after any herbicide application.

When considering grass species, Mr Ball says DLF’s Provukba was very aggressive and could affect yield and quality at harvest and should be avoided, while the tall and creeping fescues didn’t provide enough bulk.

“Germinal’s AberNiche at 14kg/ha looked the best for weed competition and would have good nutritional value for grazing,” he explains. 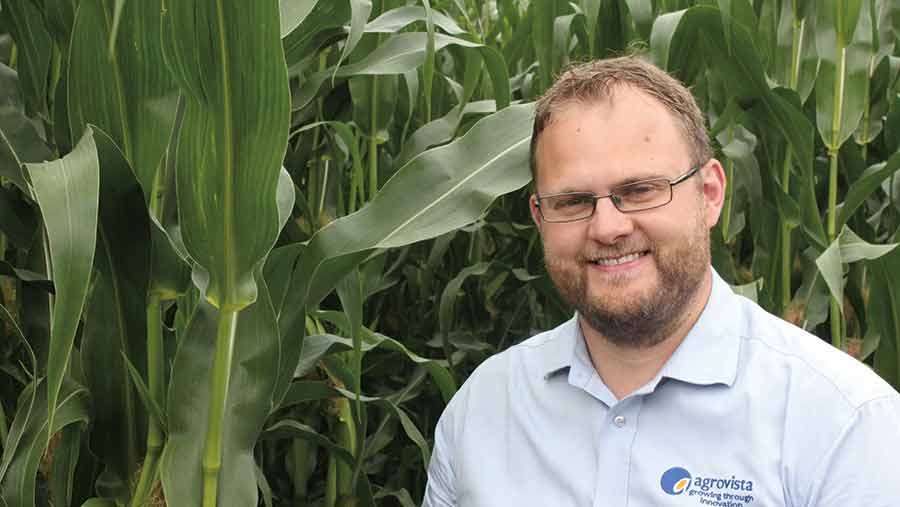 With an increasing number of growers planting maize in the eastern counties where blackgrass is a problem, many will ask whether companion crops could suppress any spring-germinating grassweeds.

Agrovista technical adviser Antony Wade says without running trials looking into the issue specifically, it is difficult to speculate on how it might be able to help.

“I certainly don’t think using companion crops will exacerbate the situation and you would hope that with the competitiveness of the other grasses, it wouldn’t be much of a problem,” he adds.

The trial will be taken to yield in the autumn and will also look into herbicide programmes next year and how the available pre- and post-emergence herbicides can maximise weed control.