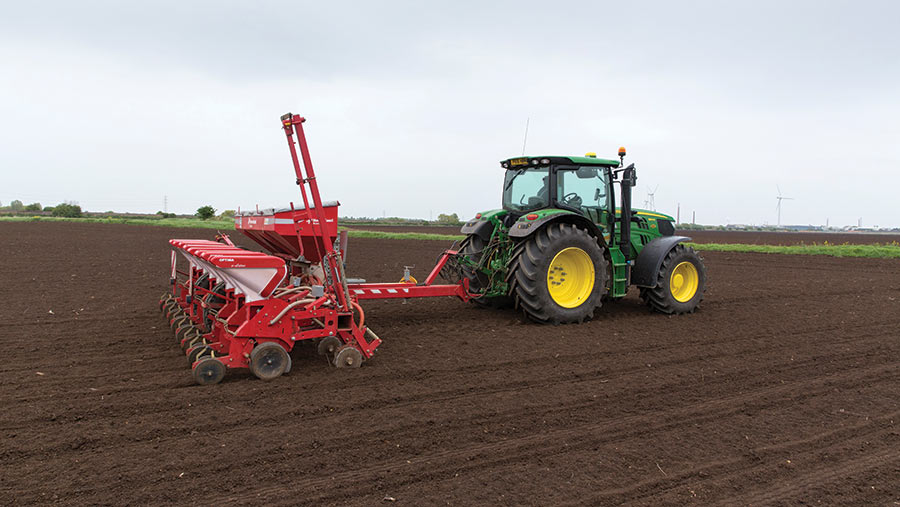 This spring is the first season maize growers will no longer be permitted to use the key herbicide Calaris, but with a greater emphasis on pre-emergence herbicides, growers can still achieve effective weed control.

With maize drilling just around the corner it is essential growers take a look at what chemistry is available to replace the post-emergence spray Calaris, as weed control is critical to successful maize establishment.

If allowed to take their toll, weeds out-compete maize for sunlight and nutrients, which can severely impact yield, explains Simon Draper, independent agronomist at the Maize Growers Association.

“Weeds begin to compete with maize as soon as they come out of the ground and the crop becomes vulnerable to weed attack at the two-leaf stage and even the one-leaf stage in some cases. This makes it essential that seed-beds are clean as soon as the crop emerges,” he warns.

Mr Draper advises growers to use a pre-emergence spray to achieve adequate weed control early on, in order to reduce the pressure on post-emergence chemistry.

He recommends a pendimethalin-based product, such as Stomp, at 1,000-1,200g active/ha, followed by a full-rate post-emergence spray, since season-long control will not be provided by a single application.

An alternative, more expensive pre-emergence spray, such as Dual Gold or Wing P, can be used to obtain season-long control in one pass, but the weather must be on your side to achieve this.

“It is likely post-emergence applications will still be necessary, but its rate could be cut back. This could pose a risky strategy, but depends on individual circumstances” he adds.

However, dry soils this spring may compromise the effectiveness of pre-emergence sprays, meaning it might be better to accept a two-spray strategy this year.

“In dry conditions, particularly in eastern regions of the UK, a greater focus on seed-bed condition before drilling is key, with a glyphosate application used to create a clean seed-bed before drilling, preventing weed competition,” says Mr Draper.

A wide range of post-emergence herbicides are still available, with far greater choice than that of pre-emergence.

Mr Draper explains how Calisto at a rate of 1 litre/ha would be a good option to mix with either nicosulfuron for grassweeds or bromoxynil for broad-leaved weed control, depending on the farm’s specific weed spectrum.

Diva is also a useful active that is particularly effective at controlling cranesbill, with trials showing it can also outperform Calaris on weeds such as fat hen, mugwort and orache.

However, Mr Draper explains how the chemical’s application timings are particularly tricky and if not applied accurately it can cause crop damage, so he advises growers to consult their agronomist before use.

“Aim to apply post-emergence sprays as soon as possible around the two-leaf stage as this is when crops become vulnerable,” he concludes.