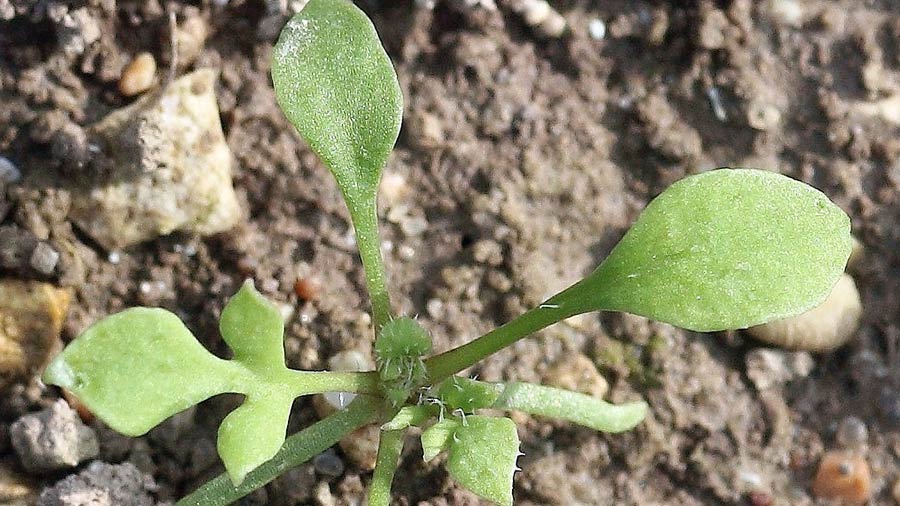 Resistance to herbicide chemistry from broadleaf weed species may be relatively rare when compared to the issues found in grassweeds, but incidences are on the increase.

The first confirmed case in a broadleaf population was discovered at the target site more than two decades ago in 2000.

The problem remains mainly confined to the acetolactate synthase inhibitor (ALS) group of herbicides, namely the sulfonylureas and the triazolopyrimidines.

However, both herbicide groups are extremely important for cereal broadleaf weed control in the spring and together represent more than 50% of the area treated.

Currently, control of ALS resistance weeds is dependent on the continued availability of alternative herbicides with different modes of action.

However, Corteva Agriscience’s cereal herbicide product manager, Alister McRobbie, warns that as products come up for regulatory renewal, there is always a risk that some active ingredients may be lost, making control of resistant populations more difficult.

“In addition, new herbicide modes of action take a long time to develop and bring to market, further increasing the pressure and reliance on existing products,” he said.

How does weed resistance develop?

There is often no single reason why resistance will develop in a weed population, but a combination of factors will be at play.

Repeated use of a single mode of action give the weed every chance of evolving to be able to resist the herbicide application.

Similarly, not tank mixing herbicides with alternative modes of action can cause the same outcome.

Failing to implement an effective rotation – namely monocropping – can be a root cause, as can ignoring instances of poor weed control.

“Using the right products in the right programme at the right time is a solid base to an anti-resistance strategy,” Alister said.

The issue is mainly confined to the east of England, although ALS-resistant poppy populations have been found in 13 counties.

Studies of these UK populations has confirmed that resistance is conferred by the ALS target site mutations Pro-197-Leu and Pro-197-His.

To control resistant poppy populations, programmes including pendimethalin, MCPA and the more recently-introduced herbicides containing Arylex active (Pixxaro and Zypar) are all effective against ALS-resistant poppy.

Resistance in populations of chickweed is more widespread than in poppy – there have been more than 50 ALS-resistant chickweed populations identified across 13 counties in England, Scotland and Northern Ireland.

It is believed that the high frequency of resistant chickweed in Scotland and Northern Ireland may be linked to continuous spring barley cropping and an over reliance of the sulfonylurea herbicides for broadleaf weed control.

The Pro-197-Gln mutation is the most common and is associated with the sulfonyl-urea group of herbicides only.

The Trp-574-Leu mutation, however, confers resistance to both the sulfonylureas and triazolopirimidine group of herbicides.

Effective control of resistant populations can be gained by using fluroxypyr – found in Spitfire or Starane Hi-Load – and mecoprop-p.

These products remain extremely effective at controlling both strains of ALS-resistant chickweed in the UK.

Confirmed cases of resistant scentless mayweed populations are small in number and confined to two counties in England and Scotland, but instances are probably under-reported currently.

Analysis of the Scottish population confirmed resistance was conferred by the Pro-197-Gln target site mutation.

Clopyralid-containing products such as Galaxy and Dow Shield 400 will control resistant populations.

Prevention is better than cure when it comes to broadleaf weed resistance. Surveillance is a good first step.

“If you identify problems early on you should change your programme,” Alister said.

“A high population of resistant weeds is a catalyst for selection and will lead to significant problems in the future.”

In the past 20 years, many active ingredients UK growers had access to have been lost, and the priority now is to prolong the efficacy and lifespan of the molecules that work in the field.

Timing applications is key, relative to the weed size. Making applications while weeds are small but actively growing give the chemistry the best chance of being effective.

“Timing is also something for farmers to think about in terms of knowing their growth stages and which product should be applied at which time,” Alister added.

“That all starts with creating an effective programme, and often that will mean starting in the autumn and cleaning up in the spring.”