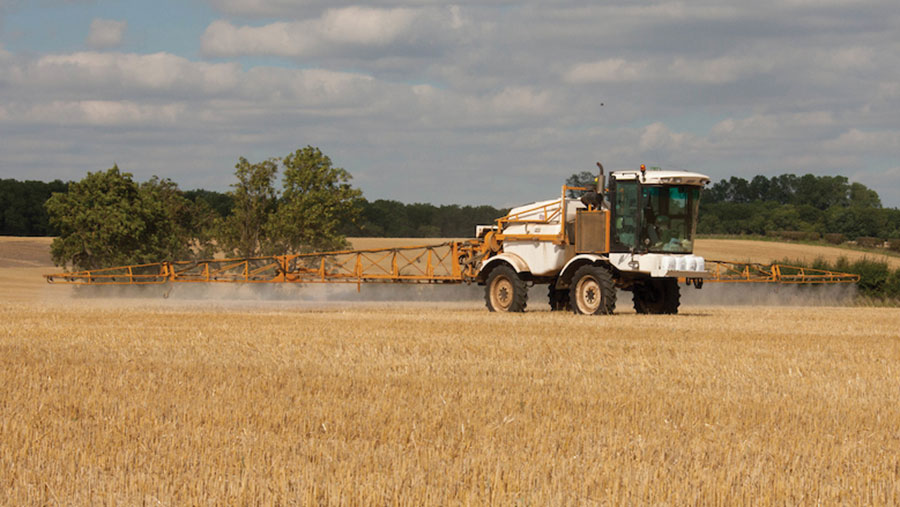 MEPs have questioned the motives behind a European Citizens’ Initiative (ECI) campaign to ban glyphosate in the EU – insisting it is an attack on Monsanto and not based on sound science.

A debate was held in the European Parliament in Brussels on Monday (20 November) after an ECI #stopglyphosate petition calling for a ban on the use of glyphosate weedkiller was signed by more than 1.3 million people in five months across the EU.

Arguing the case for a ban on glyphosate, ECI representative Mika Leandro cited a 2015 International Agency for Research on Cancer (IARC) report which concluded glyphosate is a “probable human carcinogen”.

But Julie Girling, an independent MEP for the South West of England, said the IARC report relied on by the ECI “runs against the weight of scientific evidence”, which has concluded that glyphosate is safe.

“Efsa [European Food Safety Authority], ECHA [European Chemicals Agency] and indeed the WHO [World Health Organization] itself are among those who do not agree with the IARC that glyphosate is carcinogenic,” said Ms Girling.

“They do not agree. Therefore, why do you (ECI) persist with this blanket claim that it is?”

Ms Girling added the WeMove.org website is the main movers behind the petition – and it has more than 1m members alone.

She said she did not wish to denigrate those 1.3 million people, but insisted they had been “given misinformation” on the safety of glyphosate.

Questioning how representative the views are of the EU’s citizens, Ms Girling pointed out that 1.3 million represented less than 0.3% of the bloc’s total population.

Anthea McIntyre, Conservative MEP for the West Midlands, warned that those pushing for a ban on glyphosate “to protect people and the environment” were misguided.

“This is not the case; independent studies have shown the weedkiller is safe and a return to mechanical weed control would release more greenhouse gases and damage soil quality,” she added.

Stuart Agnew, MEP for the East of England region for the UK Independence Party, said according to the IARC, other possible carcinogens include coffee, sitting in front of a log fire, working night shifts, cutting hair and exposure to dry cleaning chemicals.

“Where is the evidence of ill health? This material [glyphosate] has been around for 40 years. Citizens have been exposed to this for that time. There haven’t been problems,” said Mr Agnew.

“People like myself, farmers and gardeners, their exposure is 1,000 times as great and yet they have not been queuing up at doctors’ surgeries saying they have got a problem. There is no evidence for a problem against human health.”

He warned a ban on glyphosate would see farmers increase cultivations and pump out carbon dioxide from tractors, damage soil structure and expose earthworms to seagulls as they “flock behind ploughs and cultivators”.

Mr Agnew said the ECI’s petition was about a“hatred for Monsanto”, but it did not make sense as in the event of a ban, the EU would still import foods from countries where glyphosate had not been banned.

Spanish MEP Pilar Ayuso questioned whether the ECI had collected any signatures in rural areas or from farmers.

“Don’t you know that glyphosate use means there is much less [soil] erosion and greater efficiency in tilling the land in rural areas?” she asked.

Mrs Ayuso said in spite of the IARC report, there had been so many other reports on glyphosate, including from the US Department of Agriculture and Germany’s German Federal Institute for Risk Assessment Federal Ministry on glyphosate – and none had concluded that it is carcinogenic.

“Two people from the IARC have said that in the first draft they had, they had gathered scientific data showing glyphosate was not carcinogenic and that was removed from the final report.”

But Mrs Ayuso asked ECI representatives: “What have you got against Monsanto?

“If glyphosate had not been marketed by Monsanto 40 years ago, we would not be here calling for a ban on glyphosate – and I have nothing to do with Monsanto.”