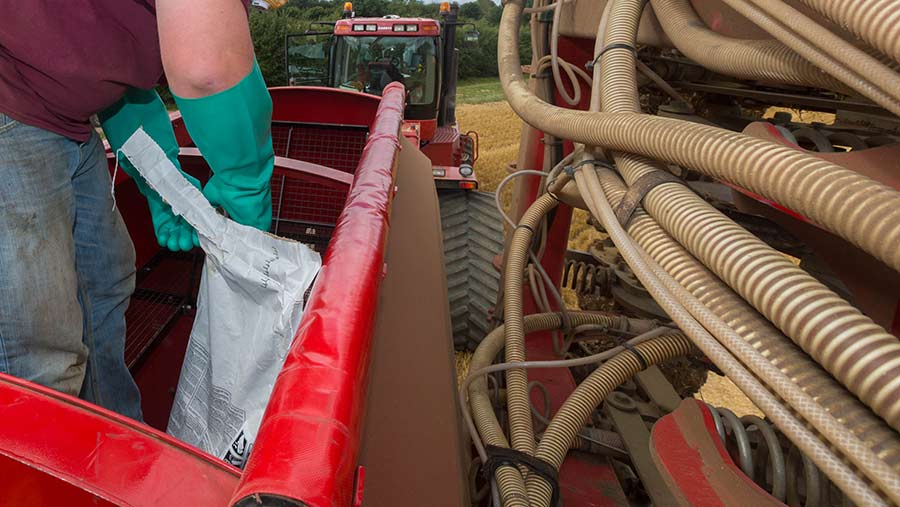 Industry leaders are ramping up efforts to prevent a ban on neonicotinoid seed treatments from being extended across all crops.

The NFU has warned that more than 1 million hectares of UK cereals, sugar beet and other crops could be put at risk if Brussels pushes ahead with proposals to widen the ban, which currently only applies to oilseed rape.

Less than three weeks remain before the issue is due to be discussed at a meeting of the European Commission’s Standing Committee on Plants, Animals, Food and Feed on 17-18 May.

Neonicotinoid seed treatments on oilseed rape were banned in 2013 amid mounting concerns that the chemicals are damaging to pollinators, such as bees – an assertion disputed by the NFU and pesticide manufacturers.

The oilseed rape ban has made it harder to combat pests such as cabbage stem flea beetle – with many farmers in the East of England cutting back on the area of the crop and some stopping growing it altogether.

Extending the ban would hit growers of other crops elsewhere too. Farmers in the West of England, for example, rely on neonicotinoid seed treatments to combat diseases such as barley yellow dwarf virus, said NFU combinable crops chairman and Cornish grower Mike Hambly.

“This could have a huge impact – particularly for the winter cereals market, but also for sugar beet,” Mr Hambly told an NFU council meeting this week at Stoneleigh Park, Warwickshire. “The time to act is very short. It is of great concern to us.”

Neonicotinoids are also used on high-value crops such as carrots, parsnips and celery. NFU horticulture chairman and Worcestershire grower Ali Capper said campaigning for access to vital crop protection products should be the union’s “number one focus” after Brexit.

Growers in other countries could use more active ingredients than UK farmers, said Ms Capper. “It is clear that, today in the UK, we are at a complete disadvantage to the rest of the EU. We do not operate on a level playing field when it comes to the actives available to us.”

Pesticide manufacturers are also stepping up action against an extended ban. Crop Protection Association chief executive Sarah Mukherjee said: “We are disappointed with this proposal, which seems more of a political judgement than sound science.”

But environmental campaigners insist that neonicotinoids must be withdrawn. Friends of the Earth senior nature campaigner Paul de Zylva said: “Evidence of the harm neonicotinoids cause to our bees is strong enough to justify a complete ban.”