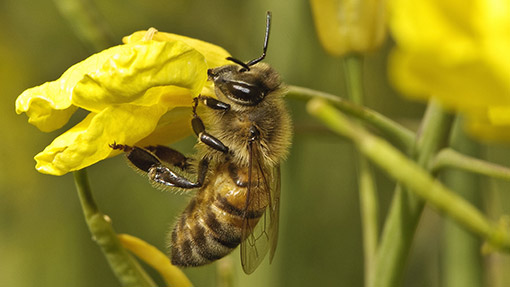 Researchers are to carry out a series of major field studies across Europe to investigate the effects of neonicotinoid pesticides on honeybees.

The large-scale field experiments will look at the effects on bees of two commercial seed treatments that were widely used on oilseed rape crops before they were banned by the EU last December.

The neonicotinoids to be tested are clothianidin from Bayer CropScience and Syngenta’s thiamethoxam.

EU regulators imposed a two-year ban on the use of these pesticides on flowering crops, such as oilseed rape, maize and sunflowers, after high-profile studies linked their use with a decline in bee health .

Both Defra and the NFU have repeatedly called for new research to be carried out into the effects of these pesticides on bees at field level.

Both organisations have questioned the validity of experiments linking neonicotinoids to poor bee health, because many were carried out in the laboratory when bees were exposed to artificially high doses of chemicals.

The pan-European field experiments will be delivered during the 2014-15 growing season and led by the Centre for Ecology and Hydrology (CEH), which is part of the UK’s Natural Environment Research Council (NERC).

Field experiments will be conducted in three European countries – the UK, Germany and Hungary – where a large amount of oilseed rape previously treated with neonicotinoids has been grown.

The studies will be carried out on large fields of oilseed rape, about 50ha, and managed by commercial farmers using typical agronomic practice. Trial plots will be harvested in 2015.

Read also: 10 weeks and still no Defra answer on neonicotinoids

Treated and untreated fields will be separated by at least 4km in accordance with guidelines from the EU food safety body, the European Food Safety Authority (EFSA).

The size of the treated patch is a compromise between the area of crop likely to be approved under experimental licence and the foraging distance of honeybees to ensure a realistic, “real-world” field exposure to the pesticides.

The effects of neonicotinoids on bees will be closely monitored, including colony growth rate, worker mortality, overwinter survival and infestations of pests and disease.

In addition, scientists will sample residues of neonicotinoid in the soil and plant tissue, nectar, pollen and stored hive products – wax and honey.

The research is being co-funded by Bayer CropScience and Syngenta, but controls are in place to ensure the experimental design and reporting of the research – whatever the outcome – is independent.

All aspects of the trials, including design, monitoring, analysis and data collection will be scrutinised by an independent scientific advisory committee chaired by Prof Charles Godfray of Oxford University.

Researchers hope the results will provide policymakers and regulators with independent, high-quality scientific evidence on the effects of neonicotinoids on honeybees and help to inform their decisions.

EFSA has stated it will review new and existing evidence regarding neonicotinoid effects on pollinations in December 2015.