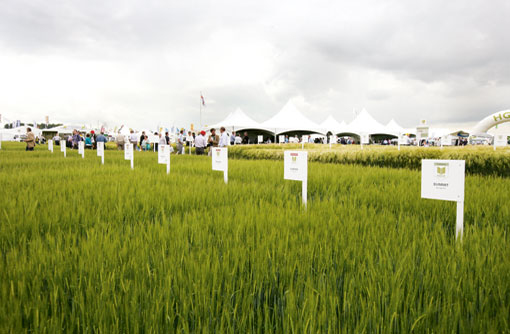 Crop plots are the heart of Cereals 2011. Louise Impey highlights the key cereal and oilseed rape varieties worth investigating

With more choices in most of the four nabim groups, visitors to this year’s Cereals Event should take the time to stand back and consider all the options, advises Clare Leaman of NIAB TAG.

“There’s no denying the range has increased and there’s something for everyone,” she says. “But that doesn’t necessarily mean that it’s time to move on.”

Having said that, the situation with the Group 1s remains unchanged, she says. “The choice is between Solstice and Gallant. Milling wheat growers are aware of what they have to offer.”

In the Group 2 sector, she picks out KWS Podium as one to watch. “The orange wheat blossom midge resistance is a bonus, but the unknown factor with it is the quality. We still need more information on that aspect.”

Panorama and KWS Sterling also get a mention, for their high yields and good yellow rust resistance.

The Group 3 category now has a number of options, none of which are perfect, she says. “It’s very unlikely that we’ll see one variety dominate this sector, despite the new additions. KWS Target has got the blossom midge resistance, but isn’t suitable for the distilling market.”

The Group 4 feed wheats will be the main attraction, she predicts, as high grain prices exert their pull and growers look to maximise output. The new soft varieties are of interest, although many of them are still unproven.

“Beluga joined the Recommended List last year, but there wasn’t a great deal of seed around, so this will be the first time that many get the chance to try it. It has the short, stiff straw that growers like and very good yellow rust resistance.

“Gravitas and Denman are this year’s additions and they both bring orange wheat blossom midge resistance to the table. But they also have weaker straw.”

The hard choices are led by newcomer KWS Santiago, with its yield of 108. “There’s a certain inevitability about KWS Santiago, but it’s not a perfect variety. Its disease susceptibility and weaker straw mean that it’s a high-input variety, so it won’t suit everyone.”

Stigg, with its excellent disease resistance, has plenty to offer, says Mrs Leaman. “It’s great to see a variety with an 8 for septoria tritici.”

She also highlights JB Diego, for its reliable performance and good farm results, both as a first and second wheat. “And Oakley will still be popular, as it’s also been very consistent.”

At this stage, the candidates for next year look to be up with existing choices on yield, but not ahead, she summarises.

“Crusoe will be interesting if it achieves Group 1 quality and there’s a flush of potential Group 3s, which will be useful if they bring the desired milling characteristics required by that sector. In general, we’re seeing an improvement in septoria tritici resistance ratings, which is good news.”

In contrast, the candidate feed varieties have some disease weaknesses, she says. “The three highest yielding choices are all susceptible to brown rust.” 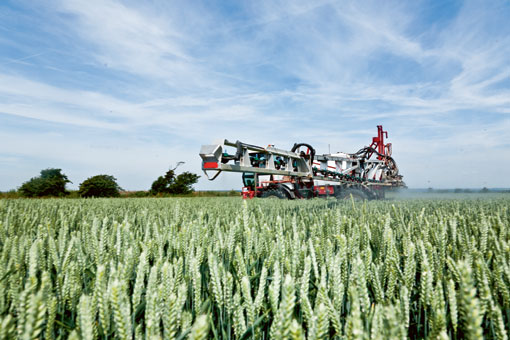 Florentine, Element and Escadre are the three new winter barley varieties this year, but all have established choices to beat, says Mrs Leaman. “Florentine is a high-yielding, two-row variety with the Rhynchosporium and lodging resistance that others lack,” she says.

“It’s a good, clean variety with yields just below those of KWS Cassia. But Cassia has had a headstart and gained good market share last year.”

Element is the new six-row hybrid recommended for the north, where it offers similar performance to Volume, she adds. “Seed availability will determine how well it does.”

Escadre, a conventional six-row, has a specific weight to rival that of Sequel, as well as early ripening. “But it offers another 4% yield over Sequel.”

Of the malting choices, Winsome and Purdey are still awaiting full approval for brewing use, she reports. “Cassata and Pearl are the main malting varieties, with Flagon suiting specialist growers.”

There are two malting and five feed candidates, says Mrs Leaman. “It’s too soon to comment on the malting types, but Sinatra and Matros look to be high-yielding, two-row feed varieties.”

“Sesame, PR46W21 and DK Cabernet are the top runners this year,” he says. “However, others have shown consistency in their yield performance and so are also worthy of a place on farm. As always, growers should aim to spread the risk.”

PR46W21 is the most consistent high-yielding hybrid that’s been seen to date, he says. “If you’re looking to move into a hybrid, it should be your first choice.”

Excalibur, which has been the dominant hybrid and is favoured for its earliness and shorter hybrid height, could be challenged by newcomer Rhino this year, he suggests. “It’s similar for earliness and height, but it offers another 4% gross output over Excalibur.”

Another new hybrid addition, Compass, has performed well in both the north and the south, points out Mr Kightley. “It’s not quite challenging PR46W21 for gross output, but it has national appeal.”

The conventionals are led by Sesame and DK Cabernet, both of which have pushed yields on, he says. “But they’re both late maturing and rather tall, so should be grown alongside other types.”

Sesame seems to have the edge over DK Cabernet at this stage, he says, despite its yields being variable year to year. “We should see its yield settle this harvest. Remember that it’s still early days for Sesame.”

The Recommended List has yet to throw up any low biomass alternatives to Castille and Es Astrid, says Mr Kightley. “For this reason, they may well continue to be popular, despite their lower yields.”

Of the candidates, he highlights DK Camelot, as its early data suggests it might be comparable to Castille in height and maturity. “It could be worth taking a closer look at it as the harvest results come in. There’s also Rascal, which shouldn’t be overlooked, although it has a different data set to the other candidates as it missed a year in trials. It’s another promising short, early variety with good stem canker resistance.”

Otherwise, after just two years of data, it’s too early to pick out any of the others, he says.

It’s good to see Fashion and Compass on the north region Recommended List, as both are good UK-wide varieties and safe bets, says Mr Kightley.

“Otherwise, there’s Cuillin, with its excellent light leaf spot resistance, and Flash, which has given consistent performance in the north.”

He believes the candidates are lagging behind. “There are two waves of candidates and it’s too early to say anything about the second wave.” Of the first wave, none are looking to be as high yielding as Compass, he says.

Independent variety consultant Richard Fenwick has a very similar view to Clare Leaman and Simon Kightley on the variety highlights at Cereals 2011.

In the Group 1 winter wheat sector, he suggests milling growers look at Gallant if they haven’t already done so, to see whether it offers them anything over Solstice.


“The Group 2s have lost some ground in recent years and Cordiale remains the best on quality,” he says. “But KWS Podium is one to watch and it will be interesting to see what the millers make of it.”

He also picks out KWS Target in the Group 3 biscuit-making category, highlighting its midge resistance, disease resistance and stiff straw. “Another new one, Tuxedo, may find a niche.”

Beluga is Mr Fenwick’s soft Group 4 pick. “It’s earlier than others and it has distilling and bioethanol potential. There’ll be seed around this year.”

KWS Santiago gets mentioned in the hard Group 4s for its yield, but not for its other characteristics, which make it more demanding to grow, he believes.

In the winter barleys, he recommends growers take a look at Florentine, for its better disease resistance and stiffer straw, and Escadre, for the yield advantage it may have over Sequel.

Mr Fenwick’s selection of winter oilseed rapes includes Sesame, PR46W21 and Rhino. “Sesame yields will come down a bit, to the DK Cabernet level,” he predicts. “Rhino looks to be an Excalibur type, which growers favour, and PR46W21 has performed very well.”