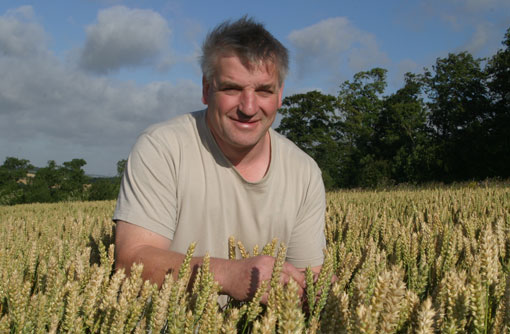 The week the government published a drought statement, not something you would expect in December, and in the same week as the Chancellor’s autumn statement. While growers north of the border and in Northern Ireland have had rainfall this autumn well in excess of average, the Midlands and the South have been suffering the reverse.

Our local weather station at Royston has only measured 347mm (or 53% of our average of 603mm) so far this year with just 30 days left to go. Spare a thought for the 200-plus licence holders in eastern England who can’t abstract at present which for many means that they are unable to replenish their reservoirs ready for the 2012 cropping season. Others are being told that unless there is sustained wet weather there is a “poor chance” of water being available for irrigation next summer.

Grain prices have been drifting down over the past few weeks and for 2012 are getting close to break-even levels, and while they are still 50% above what they were 18 to 20 months ago, the costs of production keep soaring. A large Lincolnshire grower told me his fuel, fertiliser, power, chemical and machinery costs combined in the previous two years had doubled. However, grower confidence remains high, witnessed in part by the volume of lorries which pass by my farm gate loaded with gleaming new farm machinery!

The new 2012 HGCA Recommended Lists have just come out and provide a mass of information to digest. There are now some 33 wheat varieties on the list to choose from, in addition to these there is probably a significant acreage of older or “outclassed” ones being grown out on farms. Annoying that despite all the advances in breeding over the past 15 years, the national cereal yield has plateaued over this period.

Read more from Robert and our other Arable Farmer Focus writers.