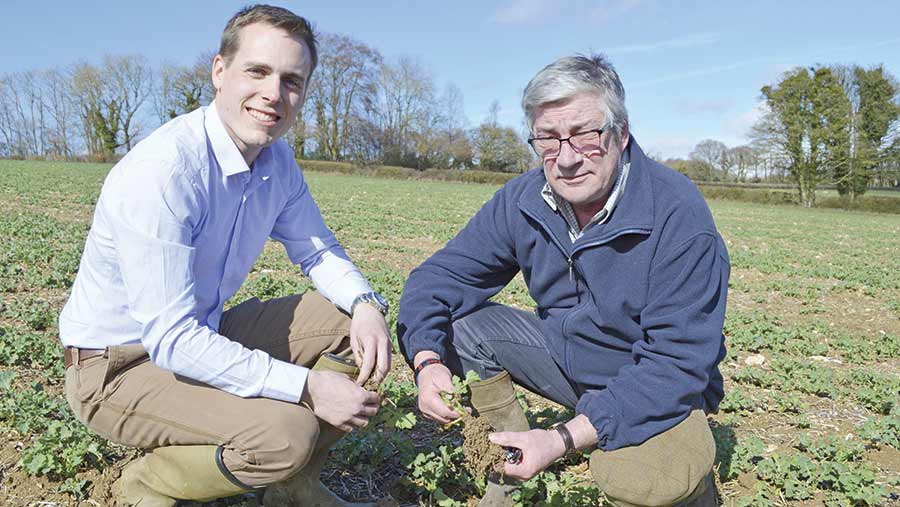 Michael Maxwell vowed never to grow oilseed rape again on a charlock-infested field until being tempted to try a variety tolerant to a herbicide particularly good at killing this brassica weed.

The Hampshire farm manager had struggled to get a rapeseed crop established in the wet autumn of 2012 on this field, and come harvest the following year the crop was virtually impossible to combine due to severe weeds.

“We are never growing oilseed rape in that field again,” he said, after his combine driver asked him if he really wanted to cut the crop.

Five years on and oilseed rape was due to be planted in the field as part of the farm’s rotation, and he only decided to try again with a crop in which he could control charlock.

The plan started badly as the previous winter barley crop was severely lodged so difficult to combine and there was real difficult in incorporating the crop residue. 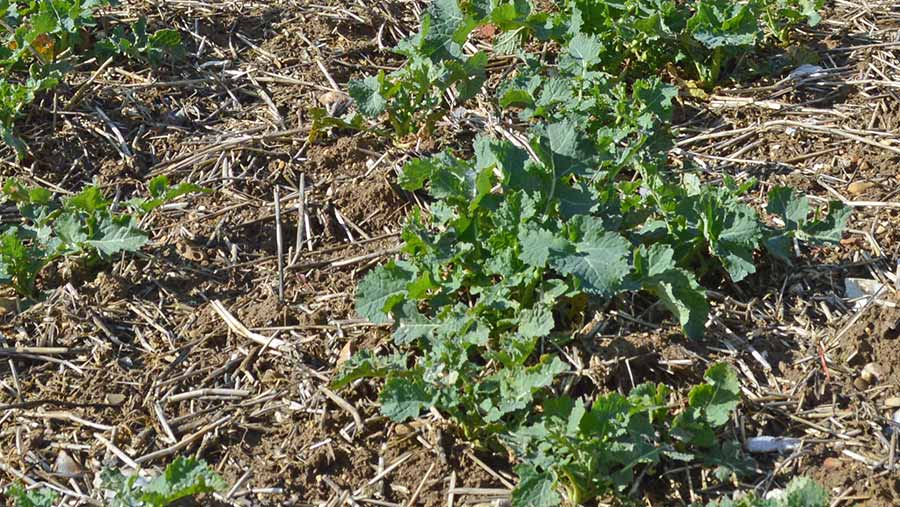 The drill only went into the field a month later than ideal on 15 September, but an open autumn and a lack of pigeons helped the crop off to a promising start, and he was surprised how well the crop looked in mid-March.

“Oilseed rape is an important part of our rotation, so it was a ideal opportunity to try something new,” he tells Farmers Weekly.

The leading Clearfield variety Imperial from Monsanto was drilled on the 27ha field. These varieties are bred conventionally with tolerance to the herbicide imazamox, which has good activity against brassica weeds such as charlock and runch.

The group’s oilseed rape specialist Clare Tucker says the two products should allow grower to miss out on a pre-emergence, and so they can assess crops before spraying with these post-emergence products.

“The products have the widest weed control spectrum of any oilseed rape herbicides,” she says.

Clearfield varieties could take a 15%-plus share of the oilseed rape market this autumn following on from strong gains in the East, South East and West Midlands of England this season.

Mark Shaw, Monsanto’s marketing manager, says the varieties account for 10% of the 600,000ha of oilseed rape in ground at the moment, or some 61,000ha.

“We are looking for 100,000ha next season and believe a market share of 15% plus is very achievable,” he says.

Mr Shaw believes the overall area UK oilseed rape area could rise 5% to 630,000ha next season with Clearfield varieties taking a 15.8% share if they are drilled across 100,000ha.

This would be the second year of overall growth in the oilseed rape area after this season 5% rise came after five years of declines from harvest 2012 at 715,000ha.