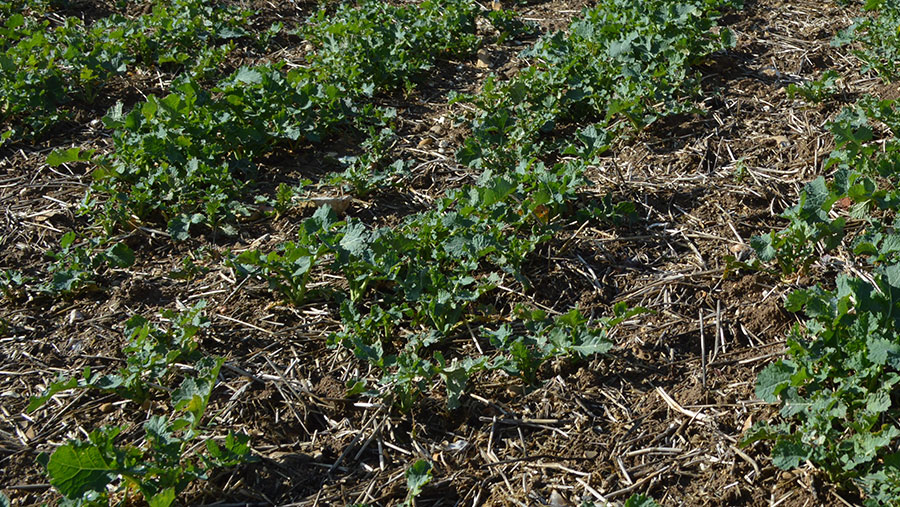 Bayer is planning to launch an oilseed rape seed dressing for autumn 2020 to boost crop establishment and early growth just as other seed coatings are being banned.

The product is set to include two fungicides, and possibly a biostimulant, while a new insecticide could be added in a further two to three years, and will come just in time as thiram-based fungicide seed treatments can not be used after autumn 2019.

“The new seed treatment gives better establishment to produce healthier and strong plants which will be better able to withstand attacks of cabbage stem flea beetles,” he told Farmers Weekly.

Control of flea beetles in oilseed rape has been difficult since neonicotinoid seed treatments were banned at the end of 2013, with some crops badly damaged this autumn and others having to be ripped up.

The new product, under the umbrella name Acceleron, will contain the two fungicides fluopicolide – contained in the potato blight fungicide Infinito – and the strobilurin fluoxastrobin.

A biostimulant could be added to help prevent phosphate being locked up in the soil, while a new insecticide could be added in later to help ward off flea beetle attacks.

The product is seen as part of an overall package to give fast plant establishment, better root and shoot growth to get oilseed rape crops off to a good start.

EU authorisations for products containing thiram are being withdrawn by 30 January 2019, with a use up period for seed treatments up to 20 January 2020.