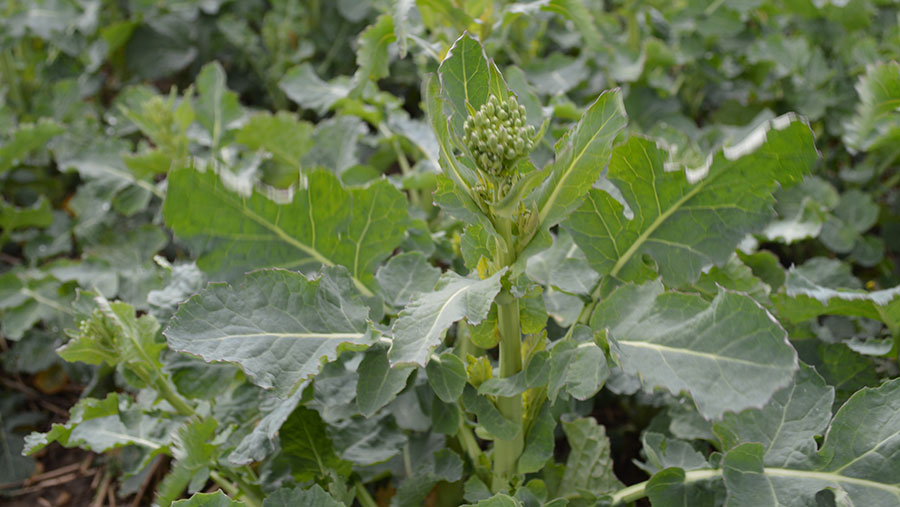 One Essex oilseed rape crop is in need of extra nitrogen fertiliser as the crop is set to grow rapidly with the advent of warmer weather and start flowering in about 10 days.

The crop, managed by James Mayes, has already had 80kg/ha of nitrogen this spring, and he is looking to apply more fertiliser in the current dry spell after a very wet spring.

“The crop is in need of some nitrogen, and we will get on with 100kg/ha as soon as we can travel on the land,” he told Farmers Weekly.

The farm is part of the 20,000ha managed by farming company Sentry stretching from north Norfolk down to Dorset.

His oilseed rape crop established well despite some pigeon damage, and the crop is set to flower in mid-April.

Mr Mayes said the crop is likely to received a further 40kg/ha of liquid nitrogen later to bring the total nitrogen for the crop to 220kg/ha.