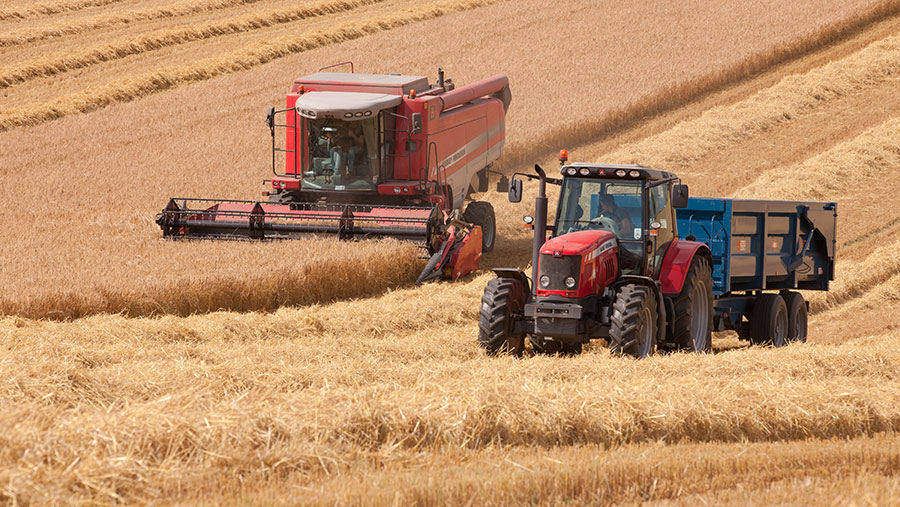 Yields of winter barley and oilseed rape crops harvested in the south and east of Britain show yields below long-term averages and also at very variable levels as about half of the two crops have been harvested.

Some 56% of winter barley and 49% of the winter oilseed rape were combined by Tuesday 28 July, with some winter wheat fields also being harvested, according to the first British harvest progress report by crop consultant Adas for the AHDB.

Early yields of winter barley averaged 6.4-6.8t/ha, below the high yields recorded in 2019 of 7.8t/ha, and also below the five-year average of 7.1t/ha. Yield variation is occurring in-field, with some bare or thin patches where establishment was poor during the wet autumn.

Where establishment was poor, or in crops on lighter soils which were hit by the lack of moisture in spring, yields were as low as 2.5-4.0t/ha. However, where crops were established early on heavier moisture-retentive soils, hybrid varieties yielded up to 10.5t/ha.

Early harvested winter oilseed rape yields are also well below those seen in recent years, with crops harvested  averaging 2.5-2.9t/ha. This is below the average in 2019 of 3.3t/ha and well down on the five-year average of 3.5t/ha.

Yields depended on crop establishment and also the proportion of fields that could be taken to harvest. The poorest yields were reported where crops experienced winter waterlogging and attacks from cabbage stem flea beetles.

This resulted in thin crops with gaps, and some yielding as little as 0.5t/ha. In places where establishment was good and flea beetle activity was low, crops were able to yield up to 4.4t/ha.

Screenings – Typical reports are about 1-6%.

Grain nitrogen (malting varieties) – Averaging 1.7-1.8%, but with some crops in the east recording nitrogen contents of about 2.0%.

Germination – Levels reaching 98% in the east of England and 99% in Yorkshire.

Moisture – About 9%, with most samples needing a small amount of drying to bring moisture down to 8%.