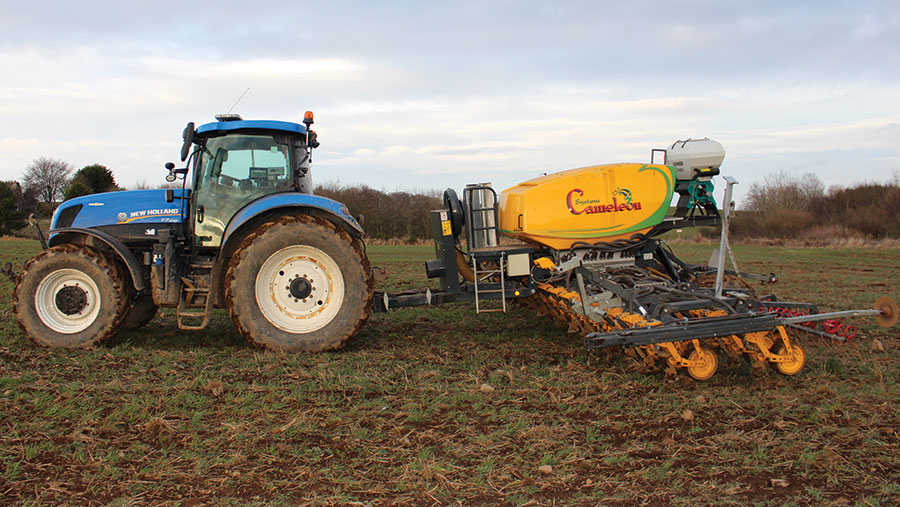 Organic oilseed rape is a profitable crop for many growers in Scandinavia and it could soon be a valuable earner for Scottish farmers if a pilot trial proves to be successful.

A group of farmers and researchers are growing the first significant organic crop in the UK, in a bid to develop a new opportunity for a premium crop.

Rapeseed meal is a high-energy, high-protein feed for organic livestock, while the oil can be used for human consumption.

The trial came about after a trip to Sweden, where the group discovered a substantial organic sector accounting for 9% of the total OSR area.

“We went to see what Swedish growers were doing. We found that you can grow OSR organically and do it well,” says Dr Walker.

“It is a key cash crop in Sweden and in certain regions, such as Linkoping, where the study tour took place, and their [organic] sector is geared around OSR.”

Armed with knowledge from the trip to Sweden, three of the five organic farmers are giving it a go this season (see “Scottish project”), growing a total of 19ha with the help of local independent agronomist Andy Cheetham.

One of these is Murray Cooper, who has a mixed beef and arable farm near Oldmeldrum.

He has been organic for several years, having started conversion in 2006.

“My eventual aim is to not buy any soya to feed my 100 suckler cows,” he says.

He is growing 5ha of Elevation across two fields following winter oats.

The area was subsoiled, disced and then drilled at 4.5-5kg/ha with the aim of achieving 55 plants/sq m.

The crop was established on 28 August using a Cameleon drill with row widths of 25cm.

Mr Cheetham, who is overseeing the trials, has developed his own unique approach to nutrition.

He uses soil analysis results to identify any potential nutrient deficiencies using a combination of Adas, SAC and Albrecht figures.

Mr Cheetham explains that Mr Cooper’s soils are inherently low in phosphate, and in the past he has used rock phosphate to remedy this, but as most of his soils are above pH 5.7, this product is very inefficient.

Soil analysis shows a low cation exchange capacity so the best option is to use foliar applications to remedy this, as soil applied nutrients will easily leach.

Consequently, he has been granted a derogation to use foliar phosphate.

Similarly, magnesium, manganese, sulphur and zinc levels were found to be low, so they will be applying products including magnesium sulphate.

He is also planning to carry out tissue testing at the start of stem extension to identify any further shortfalls in nutrient supply on the three farms.

One challenge for growing OSR organically is weed control.

However, Mr Cheetham doesn’t think it will be too much of a problem, as the nettles at the site near Strichen were wiped out by frost and the two sites near Oldmeldrum have already been mechanically weeded.

Mr Cooper is using his 8m Cameleon drill for weeding and has already run it twice through his crop, in January and mid-February.

Chickweed and pansy are his key weeds. He plans to go through a third time with wider tines.

Mr Cheetham says that weeding has the added benefit of stimulating mineralisation of soil nitrogen.

Like conventional growers, slugs, pigeons and cabbage stem flea beetle are all challenges.

Slugs can be managed using ferric phosphate, as the product is approved for organic use.

Cabbage stem flea beetle is well controlled using Mr Cheetham’s own approach, although his approach is a closely guarded secret.

It has a 6 rating for light leaf spot and 5 for phoma.

The reason he opted for this conventional variety is that he didn’t want to grow a variety bred by a company that also sells pesticides. 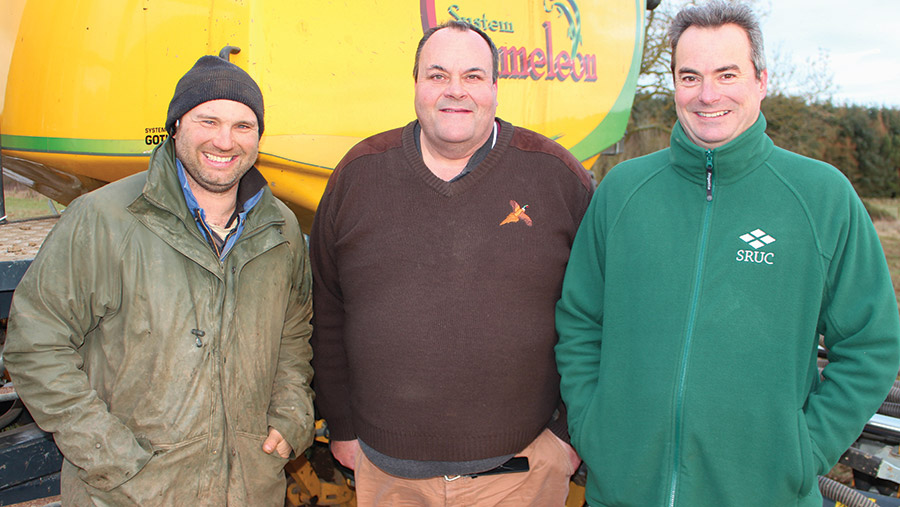 The other farmers are growing hybrids, which have both turnip yellows virus and pod shatter resistance.

Mr Cooper’s spray programme will be based around high levels of organic sulphur in Epsom salts.

For example, applying magnesium sulphate at the mid-flowering stage stops the fungus growing from the falling petals.

Mr Chetham is also looking to trial some natural products, including a seaweed-based foliar feed containing copper, zinc and manganese.

This also makes the plant less appetising for insect pests such as pollen beetle, he says.

Once it gains organic registration in France, he hopes to have a look at an orange peel-based insecticide, too.

The crops will be harvested by swathing and combining, with header losses being measured as part of the trial, as Mr Cooper is growing a conventional.

They are planning to try an organic version of podstick, which is sugar based, which will be used to reduce the risk of pod shatter.

Minimising seed losses will not only increase yields, but also reduce volunteers in the following crop.

“You have to take them [volunteers] out at the cotyledon stage.

“This is because if you have a taproot and it snaps, it can regrow,” warns Mr Cheetham.

“So we will need an early run through with a hoe in the following crop to take them out.”

Robin Walker and the research team at Scotland’s Rural College are leading the Scottish Organic Canola project, with the help of a £30,000 grant from the Knowledge Transfer and Innovation Fund.

Trials at the four demonstration sites are looking at: