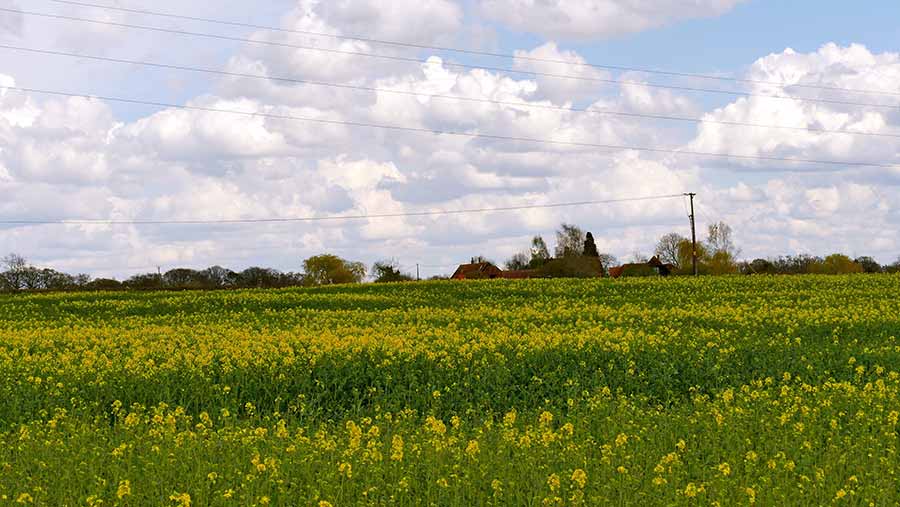 Oilseed rape growers are being urged to focus on crop nutrition as the warmer weather forecast for next week may allow them into their crops, with the earliest ones starting to flower.

Although some crops are three weeks behind last year in maturity, some experts are hopeful of good yields if the expected better weather continues through the critical flowering period.

Will Vaughan-France, technical specialist with rapeseed breeder Monsanto, said one of the group’s earliest trials on a fertile clay loam site near Taunton in Somerset was in yellow bud with the first flower now emerging, some three weeks behind last year.

Next week’s forecast for better weather after a prolonged cold and wet spring should allow growers to catch up on spring fieldwork jobs, which have been delayed by waterlogged soils, and try to give some nutritional help to stressed plants, he added.

“Getting crop nutrition right should be a priority for oilseed rape growers, because there is relatively little you can do once the crop is in full flower,“ he told Farmers Weekly.

Applying nitrogen and sulphur fertilisers should be key, and also micro-nutrients such as magnesium and boron where needed, added Mr Vaughan-France.

He said crops generally looked good despite the poor weather, but much depended on weather over the next few weeks as a short intense flowering period in good fine weather often leads to good yields.

“Generally, there is still a good yield potential for many crops, but much depends on the weather through flowering,” he said

Two of the key factors leading to higher yields in oilseed rape are dry weather in the early winter so the crop can put down deep roots, and bright warm weather at flowering.

The Somerset trial site has already had its full 160kg/ha of nitrogen fertiliser in three splits, while seeing twice the March rainfall of last year. The crop on the same farm started flowering on 20 March in 2017.