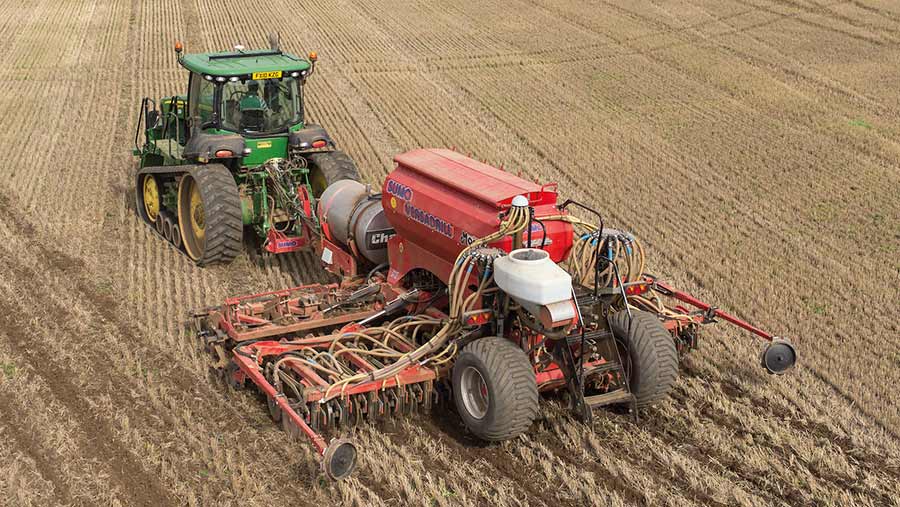 The only oilseed rape insecticide seed dressing with activity against the industry’s most damaging pest, cabbage stem flea beetle, can improve crop autumn establishment and increase yields by nearly 10%.

The systemic insecticide Lumiposa gives some control against flea beetles – not as much as the now banned neonicotinoids – but can be used as part of an overall strategy to reduce pest damage.

Trial work by crop consultant Niab shows that it helps improve plant establishment in the autumn, while manufacturer Corteva Agriscience says it has raised oilseed rape yields in its trials and will be available this autumn for the third season.

Aoife O’Driscoll, crop production and agronomy specialist at Niab, compared the seed treatment with a number of companion crop types for control of the pest.

“Lumiposa performed well – if not better than the companion crops – in term of plants established and could form part of a strategy to give good crop establishment,” she says.

Dr O’Driscoll looked at a number of companion crops such as a legume mix, a brassica mix, mustard and buckwheat at two high flea beetle pressure sites in Cambridgeshire and Hampshire.

However, looking through into the spring and to flea beetle larvae levels, the results were less clear-cut, with the seed treatment outperforming some companion crop mixes and being less effective than others.

“In terms of larvae numbers in the spring, the seed treatment performed better than the legume mix, but not better than buckwheat or mustard,” she says.

This could be due to the effect of the seed treatment diminishing through the winter and so emphasises its role as part of an overall strategy to control the pest, rather than an absolute remedy.

In the absence of cold winters to control beetle and larval numbers, she advises growers to drill early into moisture soon after combining the previous crop to give oilseed rape the best chance to survive any pest attacks.

In addition, a Niab survey of 1,100 of its grower members showed that just under 10% had used the seed treatment and 50% of those had good crops, while the others showed damaged crops or failures.

The product will be available this summer on oilseed rape seed coming into the UK at a cost of about £20/ha. The product does not have full approval for treating seed in the UK, but is approved for application to oilseed rape in several European countries and seed treated with Lumiposa in these countries can be imported and sold in the UK.

Good crop in the autumn

Andy Stainthorpe, seeds and inoculants manager at Corteva’s plant breeding arm, Pioneer, says the product will improve the chances of establishing a good oilseed rape crop in the autumn.

“Lumiposa gives some control of flea beetles, but if the crop is hit hard, the product will not stop the pest in its tracks,” he says.

In 52 company trials over six years across continental Europe and the UK, the seed treatment gave a 8.6% uplift in yield compared with no treatment.

Neonicotinoid seed treatments on oilseed rape were banned by the European Union in 2013 due to their perceived harmful effects of bees, and since then the area in the UK has halved as growers have struggled to established the crop. 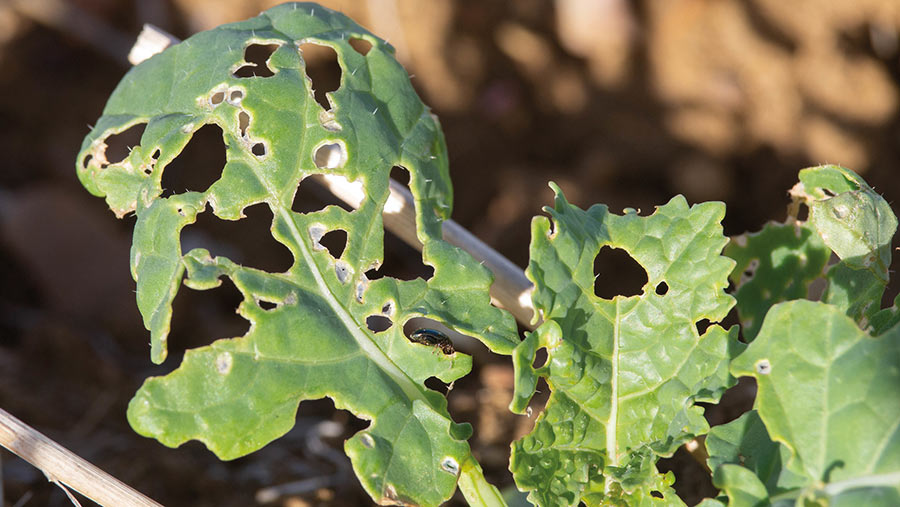 The product contains the systemic insecticide cyantraniliprole, which has been used in rice crops for the past decade and was first registered in Europe in 2016 for the control a range of pests, including flea beetle, cabbage root fly and turnip sawfly.

It will be available under the brand name Lumigen Insecticide which, as well as cyantraniliprole, includes biological seed treatment Integral Pro for the reduction of stem canker and growth promoter treatment Lumibio Kelta.

The insecticide is said to have a better safety profile than the banned neonics and shows no sign of resistance, as has been the case with pyrethroid insecticide sprays.

Mr Stainthorpe advises that the seed treatment is used as part of an integrated control strategy, such as growers aiming to plant into moisture and the use of companion crops such as mustard.

“If growers do use Lumiposa, they will have a greater chance of establishment as part of an overall strategy for control,” he says.

The past two seasons have been difficult to test the product, with such dry summers and autumns for drilling and early establishment, and he emphasises there is a need for additional measures to support the use of the product.

“There is no silver bullet for the pest challenges we face, but Lumiposa is one of the tools available to farmers as part of an integrated pest management approach.”

The treatment will be available on Pioneer oilseed rape varieties, which have a 1-2% share of the market, led by Clearfield PT279 and also PT275 and PX131.