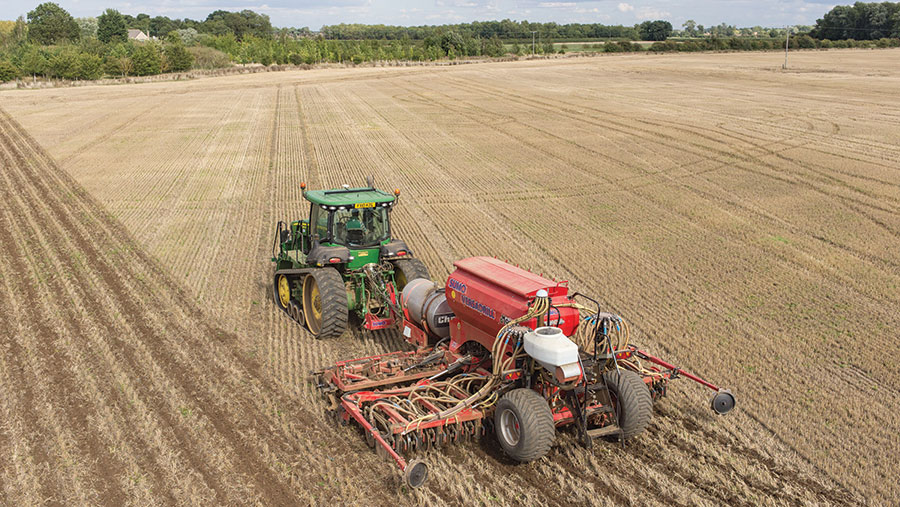 Variety choice is the most vital factor for oilseed rape growers to help cope with cabbage stem flea beetle damage, with a preference for varieties with fast growth in the autumn and the spring, according to a survey of growers.

They say using vigorous, fast-developing hybrids, and those varieties – hybrid or conventional – with fast early-spring development is key as growers prepare for this summer’s drilling season.

Drilling date, soil moisture and seed-bed fertiliser all helped crops resist this pernicious pest, but choosing a variety able to grow away from crop damage was often top of their list

Edward Hagues, Bayer’s oilseed rape seed campaign manager, who co-ordinated the survey, says the crop’s success depends very much on how well it deals with beetles and their larvae in the spring.

Larval levels were seen to be much lower in hybrid rapeseed crops than conventional ones, and this was put down to their ability to compensate and grow away strongly in the spring.

“There are hybrid varieties that have a branched canopy structure which are better able to withstand cabbage stem flea beetle attacks,” he says.

The UK area of oilseed rape has shrunk from a high of 756,000ha in 2012 to an estimated 361,000ha in the ground currently, according to an AHDB Early Bird survey, and could fall further this summer.

The main reason for the decline is the damage from flea beetles following the banning of neonicotinoid insecticide seed treatments in 2013, and a number of very dry autumn in which crops have struggled to establish.

The two techniques used most by the growers surveyed that is linked to greater crop survival and lower larval levels were hybrid varieties and organic manures.

This second factor could be linked to the slower release of nutrients from organic manures and their help in improving soil structure.

A further factor mentioned was companion cropping, and this area could benefit from more investigation to see if it can help against beetle attacks.

Hybrid variety survival levels in the spring are better than for conventionals, and the lead widens as the season progresses, with 66.4% of hybrids surviving through to harvest compared with 57.7% of conventionals, as the hybrids are better able to cope with larval damage.

Overall, three techniques were associated with crop recovery from larval attack – the use of hybrids, using varieties with fast early spring growth and the use of organic manures.

Cultivation techniques, whether direct drilling, minimal cultivation or subsoiler seeding, had little effect on beetle damage, although a limited number of growers showed that ploughing did have a small advantage.

Mr Hagues says growers should be looking for varieties with early vigour that show fast development in the autumn and spring.

“You want a variety with good rapid autumn development, so it is better able to cope with any autumn challenges,” he adds.

From his group’s catalogue of hybrid varieties, he suggests Exstar and Exalte, and also the new Extremus with especially good spring growth.