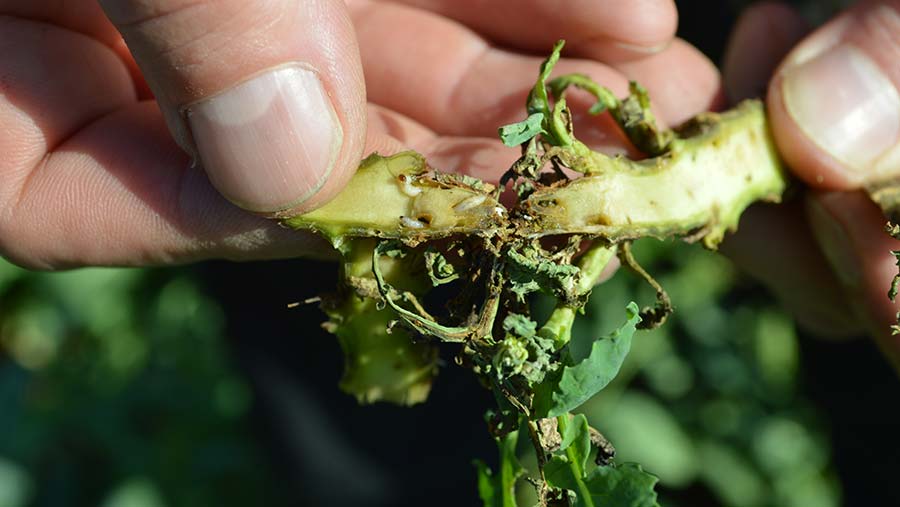 Oilseed rape crops across southern England are seeing a big rise in pest damage from cabbage stem flea beetles, with some rapeseed plants containing up to 50 beetle larvae.

Despite insecticide spraying last autumn, larvae numbers are high as the pests appear to have spread from their previous hotspots in eastern England.

Agronomist Richard Cromie said he has seen many larvae in the leaf petioles of oilseed rape crops and he hopes some crops can grow away from the damage.

“This is the first time we have seen significant larvae numbers in the early spring despite pyrethroids being applied in the autumn,” he told Farmers Weekly.

As an independent agronomist with Crop Management Partners, Mr Cromie covers farms in West Sussex, Hampshire and Wiltshire, and is seeing many uneven rapeseed crops, with some plants starting to flower and some being very stunted. 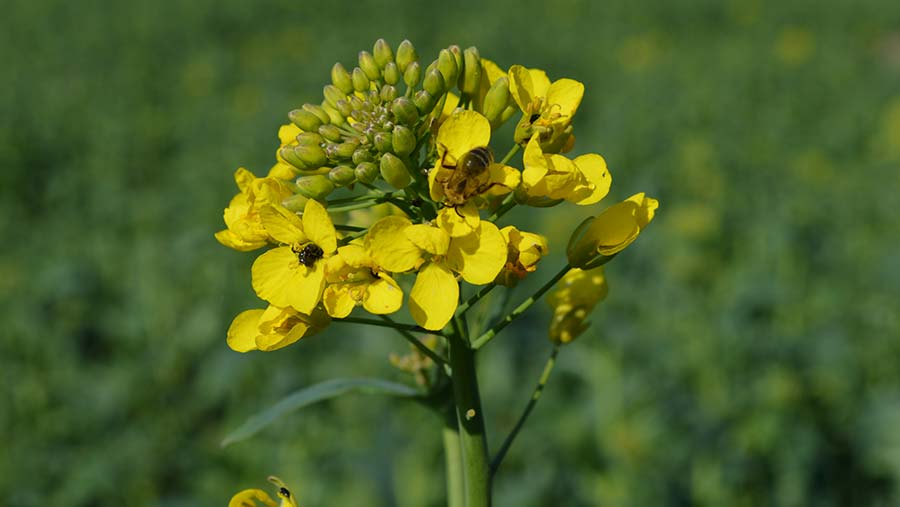 Many crops looked well in the autumn and into winter, but as the larvae have hatched out the damage has started to appear in a number of crops.

With neonicotinoid seed dressing banned, the only treatment for the beetles is pyrethroid insecticides, but spray timing is critical to control adult beetles and resistance to the insecticides is building up.

Mr Cromie is reluctant to use plant growth regulators on such uneven crops this spring and even light leaf spot fungicides such as tebuconazole, which has some growth regulatory properties.

Crops of conventional varieties such as Campus and Elgar, which are popular in south-east Wiltshire, are starting to flower, but with many stunted plants it could be an extended period of flowering this year.

There is no treatment for the beetle larvae, so agronomists hope some crops will start to grow away from the attacks helped by the early warm spring weather.