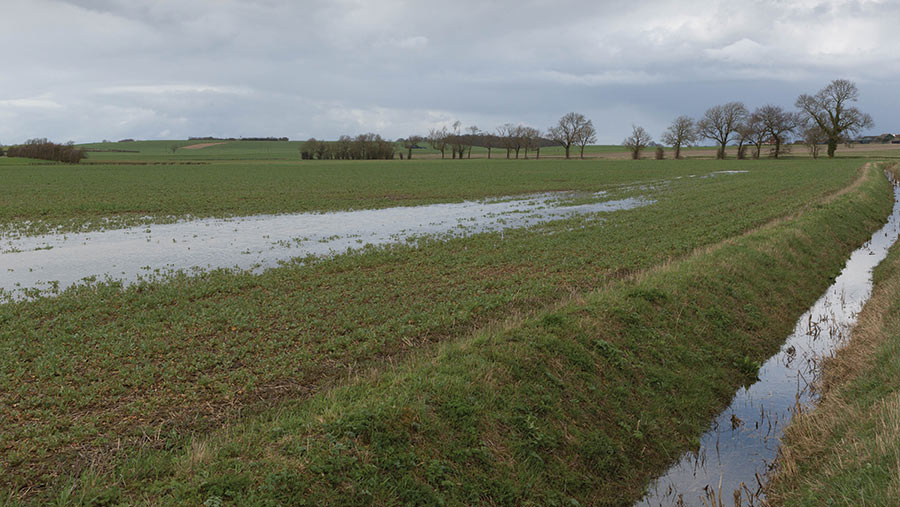 Many crops have already been ripped up, but those that have survived could still give good harvests due to oilseed rape’s remarkable powers of recovery, say crop experts.

With crops generally small and patchy with shallow roots, a little-and-often nutrition approach to get crops growing and away from cabbage stem flea beetle larvae attacks will be needed.

Many experts regard 10-15 plants/sq m as the minimum plant number coming out of the winter to produce a good crop, but often the problem will be assessing plant populations across the whole field.

Pete Berry, oilseed rape expert and head of crop physiology at crop consultant Adas, suggests growers should think hard before ripping crop up, as even poor-looking ones can turn out some decent yields.

“We have seen small crops drilled in the second half of September, which have gone on to yield an impressive 4t/ha, so growers should not give up too easily,” he tells Farmers Weekly.

Many crops are mixed and patchy, but Christine Lilly, technical manager at agronomy group Frontier, says with fewer winter crops in her area of Lincolnshire, growers may be tempted to keep those which are in the ground.

“If plants are there – even small ones – they are worth keeping as oilseed rape crops show remarkable powers of recovery,” she says.

Growers could rip their crops up, but there may be restrictions on what crops they can grow if certain oilseed rape herbicides have been applied, while there is little spring barley and spring bean seed available.

Dr Berry suggests growers test their soils for nitrogen content and calculate what nitrogen is in their crops before moving to fertiliser applications.

He says the aim is to create a green area index (GAI) of 3.5 by early flowering, and for most crops, these should finish with a harvested yield of 3.5-4t/ha.

The GAI is calculated by cutting off a 1sq m area at ground level, weighing it in kg and multiplying the weight by 0.8.

Dr Berry says if crops show 50% crop cover, that equates to a GAI of 1, and shows that there is about 50kg/ha of nitrogen in the crop.

“The crucial thing is to get new growth on the plant and try and allow it to grow away from the larvae,” he says.

Ms Lilly suggests a good starting point is to use a small amount of nitrogen, about 30kg/ha, as soon as growers can get on the field. And then start thinking about foliar feeds and micronutrients.

David Leaper, seed trade manager at advisory group Agrii, agrees with a small early amount of nitrogen to avoid leaching and adds – along with many other agronomists – that sulphur should be added as routine.

“A small crop will have small roots, so crops are unlikely to need a big dose of nitrogen and sulphur,” says Mr Leaper.

He points out that certain hybrid and conventional varieties can grow away quickly in the spring, with conventional Campus and Anastasia and hybrids, such as Exsteel and Exalte, all showing early growth habits.

Dr Berry suggests tissue testing is conducted on a field-by-field basis and at least two tests are made on each field, as results can depend on the weather and especially recent rainfall.

The main micronutrients to test for in oilseed rape are boron, manganese and molybdenum, and some suggest boron may be especially short due to the prolonged wet weather.

Ms Lilly and Mr Leaper caution not to go too early and make sure there is a little bit of crop growth before applying micronutrients, foliar feeds or even biostimulants.

Although biostimulants are suggested by some agronomists, Adas points out that its trials show no conclusive proof that these additives lead to higher yields.

Agronomists report that larvae levels of cabbage stem flea beetle are variable across fields this season, so good crop nutrition is needed to get crops growing and away from these pests.

Last season, it was in January onwards when growers started to see flea beetle larvae affecting crops badly, with the centre of the plants being eaten and no new growth evident. Then the dry early spring prevented crops growing away from the larvae damage.

This year, the levels of larvae seem more variable, and the management of crops is likely to be on a field-by-field basis, so assessing the number of plants with new growth, or those with relatively healthy green growing points, will be vital.

With no effective treatment against the larvae, Dr Berry suggest the conditions of oilseed rape plants is critical to assess whether crops can grow away from the pest damage.

Mild wet weather has encouraged a lot of phoma and light leaf spot diseases to develop over the winter, and many growers have not been able to travel to apply autumn spray treatments.

Light leaf spot is present in two-thirds of the 300 sample crops that Adas has tested this season, suggesting that fungicide treatments are needed as soon as sprayers can get onto the field.

Fungicide control of phoma is largely based on using one of two azoles, prothioconazole or difenoconazole, while prothioconazole and a further azole tebuconazole are key fungicides to control light leaf spot.

Mr Leaper suggests using a product with activity against both diseases and recommends a prothioconazole/tebuconazole azole mix.

Oilseed rape grower James Price is looking to get nitrogen and sulphur on his crops as soon as possible on his light Cotswold brash soils in Oxfordshire.

He drilled 170ha of oilseed rape in the autumn, and only 60ha survived until the spring. The surviving area was sown at the traditional time for the farm, close to 20 August.

Mr Price suggests the crops that failed were down to late drilling at the beginning of September, along with a combination of drought, cold conditions in October and pest damage.

With water still standing on many of his fields at Perdiswell Farm, Woodstock, just north of Oxford, he is still anxious to get some early fertiliser on his crops.

He is looking to get 60kg/ha of nitrogen and nearly 30kg/ha of sulphur on his crops in liquid form, and then start with tissue testing to add micronutrients, such as boron and molybdenum, as necessary.

“Oilseed rape is a good breakcrop for us, and we need to get some nitrogen and sulphur on the crop as soon as we can travel,” he says.