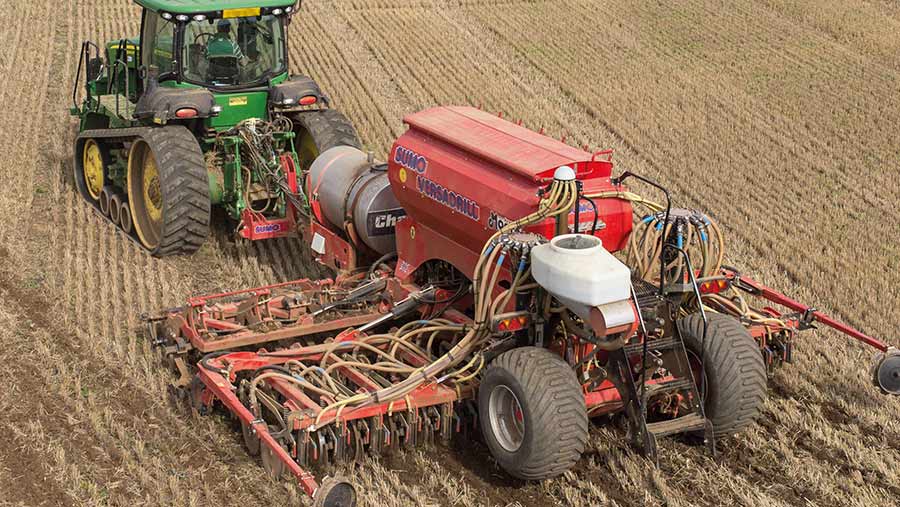 The area drilled to oilseed rape this summer could increase by about 10%, reflecting the sharp rise in rapeseed prices and some greater grower confidence in avoiding cabbage stem flea beetle damage.

Oilseed traders forecast that more farmers might be tempted into growing oilseed rape next season, with prices up more than 40% from about 14 months ago at the height of the Covid pandemic.

Philip Kimber, commercial grain manager at trader Frontier, expects a rebound in the area this summer, although he says there are still issues to resolve in terms of establishing the crop.

See also: Why one Norfolk grower has kept oilseed rape in his rotation

“There seems to be a bit more confidence about growers getting a crop established and we would hope the crop area might go up by 10%,” he says.

This season, oilseed rape crops saw better establishment in the autumn than in previous years due to generally good level of soil moisture at planting and lower levels of attacks from flea beetles.

However, some flea beetle larvae damage has been seen this spring, while the cold weather at early flowering may have hit yields for this coming harvest, tempering some of the fragile confidence. 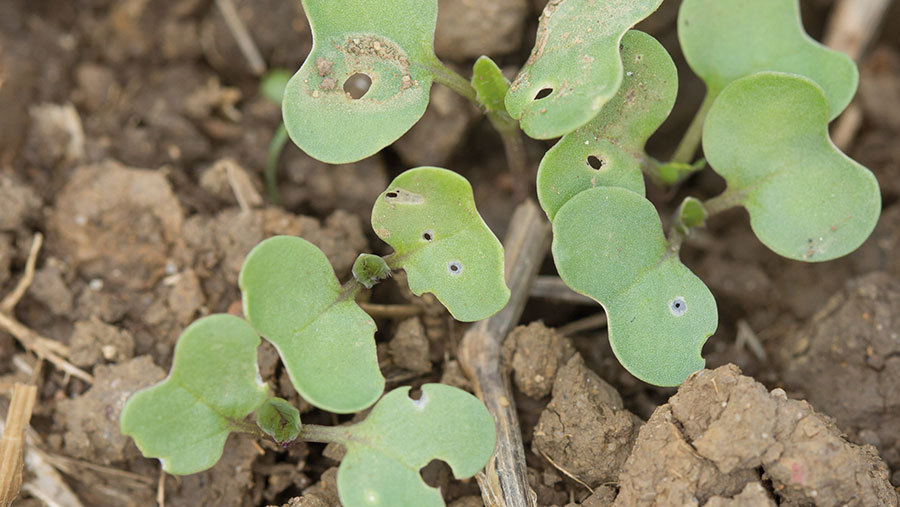 There is strong demand from the domestic oilseed crushers, who have had to turn to imports after a 2020 harvest that only reached about half the crusher’s usual annual capacity.

With rapeseed prices quoted at £420-£430/t for harvest 2021 crops in early May, and a likely oil bonus, many potential growers could be tempted back in growing the crop.

Owen Cligg, trading manager at growers’ co-operative United Oilseeds, is reluctant to say how big any upturn could be as much will depend on last-minute decisions reflecting if there is enough soil moisture to drill the crop this summer.

“Planting oilseed rape into moisture will be key whether in mid-July or mid-September, so the area drilled will depend very much on the weather,” he adds.

That saw a low-yielding harvest make only just over 1m tonnes for the national crop when normal crushing capacity is about 1.9m tonnes.

Therefore, this sucked in imports to meet strong domestic demand for rapeseed oil and meal.

The domestic rapeseed harvests of 2017 and 2018 were more than 2m tonnes, and so the shortfall in 2020 has seen imports flow in from the Ukraine and Australia, and even Uruguay.

Another small harvest is expected in 2021, and if yields are similar to last year, the outcome will be 837,000t.

However, if more normal yields are achieved of about 3.5t/ha then the crop could be just over 1m tonnes.

The biggest incentive to the area going up will be price, with £420-plus/t quoted for harvest 2021 crop in early May.

This is up from the height of the Covid crisis in March 2020, when prices dipped just below £300/t.

David Leaper, seed technical manager for agronomy group Agrii, also expected a modest rise in the oilseed rape area, especially from growers who have struggled with spring-sown crops in the dry weather this season and may be tempted back into winter crops.

“Last autumn saw largely good establishment, and crops have grown away generally well in the spring with low flea beetle larval levels, so this might tempt a few growers back into the crop,” he says.

Oilseed rape is still an expensive crop to establish in the autumn, although there is a bit more optimism about the crop as some growers and agronomists are looking at ways of countering the threat of flea beetles.

Many oilseed rape growers are looking at leaving longer stubbles, growing companion crops and using hybrid varieties that grow strongly away from any flea beetle larval damage in the spring to continue growing the crop.

Some growers have tried using companion cropping and either very early or very late drilling to try and escape the big flea beetle migration, which often occurs in late August and into the first half of September.

Drilling companion crops, such as buckwheat, either before oilseed rape or with it, can help disguise young oilseed rape plants from flea beetles attacks, while the buckwheat will not survive cold weather or subsequent herbicides.

However, some have suggested a companion crops may take valuable soil moisture away from young oilseed rape plants and restrict the crop’s early growth.

Growers have also tried drilling very early in late July to get big enough oilseed plants to withstand flea beetle attack, although some have seen very big crops develop in the autumn.

On the other hand, some growers, such as Richard Budd in Kent, have delayed drilling until after 10 September to avoid the flea beetle migration, and this season he drilled his crop between 19 and 23 September.

He has not had a crop failure for the past five years, but has the advantage in the south-east of England of warm autumns and mild, early winters to get crops well established after the flea beetle migration period.

Good soil moisture at drilling is key for him, and this often occurs in late September, and he has developed his own method of establishing late-drilled crops using home-saved seed at high seed rates.

One grower who is sticking with oilseed rape is Norfolk farm manager David Pike, who is set to drill the same rapeseed area of 100ha this summer, and his five-year average yields have been about 4t/ha.

He manages 950ha at Bradenham Hall Farms, just east of Swaffham, and has lengthened the farm rotation from four years to six years by adding in two spring-sown crops; this longer rotation is likely to help keep oilseed rape on the farm.

The farm has not lost a crop to flea beetle damage and he grows a 50:50 split of conventional and hybrid varieties, while he has been focused on improving the farm’s soils by reducing cultivations, growing cover crops and using manures, as well as extending the rotation.