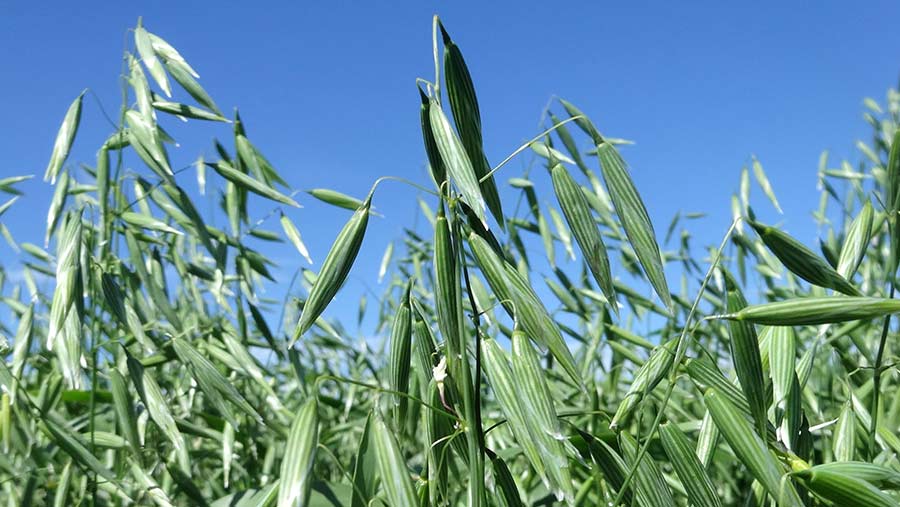 Spring crops are less risky than autumn-drilled alternatives and could help growers cope better with the uncertainties of leaving the European Union, with naked oats and oilseed rape seen as the best bets.

The yield variability of these spring-drilled crops is less than their autumn cousins and they cost less to grow – and this is why they are a good option given the uncertainties around Brexit ahead, one expert argues.

Spring crops have increased in popularity among farmers who need to control blackgrass, spread workloads, and improve rotations – and some are getting close to the profitability of top-performing autumn-sown wheat and oilseed rape.

“Post Brexit, things will be different and growers may have to build a more robust business with more spring crops,” he tells Farmers Weekly.

Last season, the spring barley area rose by nearly 11% and spring beans were also estimated to have risen. 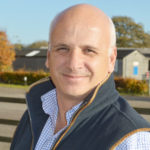 Mr Pickford argues that the yield variability of these spring crops is less than that of winter ones.

Comparing the low-yielding harvest of 2013 and the high-yielding one of 2015, winter wheat yield variability was 31%, while spring barley was a much narrower 19%, according to Agrii benchmark data.

Although output will be reduced with lower-yielding spring crops, growers gain by reducing machinery and labour costs for these crops, which need fewer inputs, Mr Pickford adds.

Looking at every £1 invested, spring crops show a better return than autumn ones, although they still struggle to match the best gross margins for the most profitable autumn-drilled crops, he says.

At the top of the spring profitability stakes come naked oats. They can command a £35-£40/t premium over feed wheat for their use in the specialist horse, poultry, pet and wild bird feed market.

Naked oats tend to lose their husk in combining, and are 20% lower yielding than conventional covered or husked oats. The area of the crop is currently small, but Agrii says it is looking for contract growers. 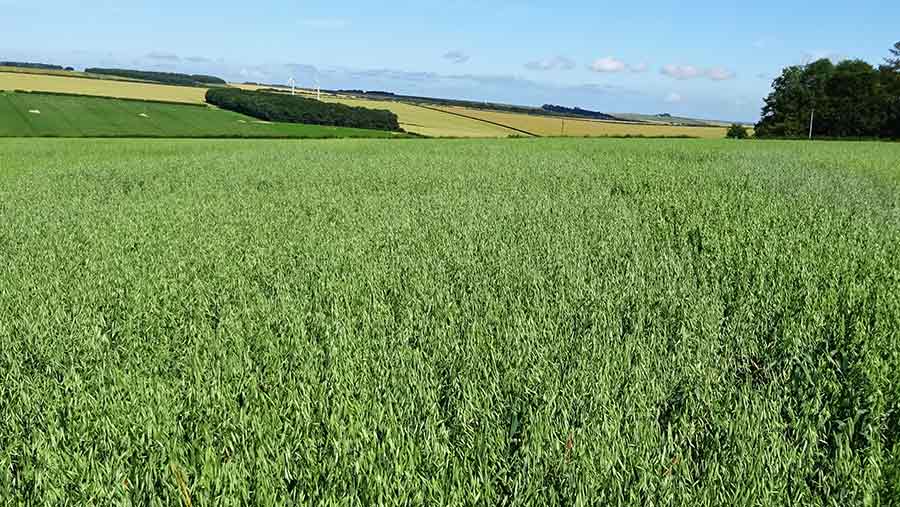 “Top growers can achieve yields of 7t/ha and at this level they start to compete with the gross margins from winter wheat and oilseed rape,” adds Mr Pickford.

At this yield level and at current premiums, he predicts a high gross margin for 2018 of almost £900/ha, followed by a 3.5t/ha yielding crop of spring oilseed rape with a forecast gross margin just over £800/ha.

Spring malting barley and milling wheat crops yielding 8t/ha are estimated to show a gross margin of £735/ha for 2018. The feed barley margin is expected to be £600/ha, but peas, beans and linseed come in at below £500/ha.

Gross margins for high-yielding milling and feed winter wheats and also oilseed rape will be above £1,000/ha for 2018, he forecasts.

Looking at risk and reward, spring crops start to look better than winter ones because variable costs as a percentage of output and farm subsidies are often less than 30% – while for autumn-sown crops the percentage is above this figure.

The key to getting spring crops to prosper is to look at fixed costs – and reducing them to bring down the overall cost of production – so that when prices do move, growers can lock in a decent margin, adds Mr Pickford. 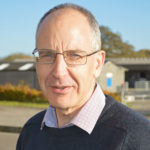 Jim Carswell, research and development manager for the group’s north region, sees a renewed interest in spring oats generally because of their health benefits: they are gluten-free and play a role in reducing cholesterol.

For the grower, they have a number of advantages: they are a true break crop and are almost immune to take-all disease – and oats compete very aggressively with blackgrass.

“They are a serious alternative and often a better option than spring barley or pulses, but make sure you get a buy-back contract,” he says.

The group has stepped up its spring oat trials recently, reflecting a growing interest in the crop, which can offer growers late sowing opportunities. The crop is also tolerant of a range of conditions such as slightly acidic soils.

Matt Richardson, the group’s northern seed manager, believes naked oats are the most interesting alternative spring crop for his area of Yorkshire, as there is a growing market and they can show a good return. 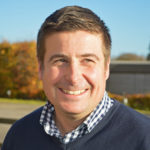 The naked oat grain is naturally higher in protein and oil than conventional oats and Agrii’s premium over feed wheat ranges from £30/t just post harvest in September to as much as £45/t for June/July.

Mr Richarson again advises those considering spring crops to look at buy-back contracts to reduce risk, and the increase in spring cropping is prompting him to look for more spring seed growers in Yorkshire.

“We are looking for more growers of seed crops because of the increasing importance of spring crops,” he says.

Mr Richardson has 1,500ha of contracted seed crops in Yorkshire, but only 25% of these are spring crops, with the rest being autumn-sown.

Growers should look at a number of options to fulfil their requirement to leave 5% of their land in Environmental Focus Areas, suggests Agrii’s Paul Pickford.

This 5% EFA is a requirement to quality for farm subsidies under the Basic Payment Scheme (BPS), and in 2016 some 55% of the requirement on farms was met by nitrogen-fixing crops such as peas and beans.

But rules over EFAs have been tightened up, so pesticides cannot be used on pulse crops in these designated areas.

Mr Pickford suggests growers should use hedges and trees, ditches, field margins and buffer strip and existing fallow to make up the 5% of the EFA, and grow pulses on a commercial basis.

He also adds cover crops should be grown to benefit soils and the environment, and grown to qualify for an EFA only as a last resort.