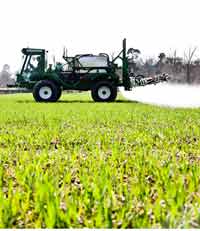 Non-chemical pest control should be assessed under the same rules as chemical pesticides, according to Paul Leonard of BASF.

The recently-approved EU pesticides legislation made it clear that non-chemical pest control techniques were the preferred option, he told the British Crop Production Council congress.

But they should only be used when they worked to broadly the same level as chemical controls without any economic disadvantage.

While non-chemical pest control was valuable, he questioned whether it was safer as implied in the legislation.

In a lot of cases the risks were unknown, unmeasured and unmitigated against, he said.

For example, there were questions about the selectivity of using pneumatic equipment to suck off insect pests from plants, as well as the air pollution and risk to bystander exposure from using flame throwers for weed control, he said.

“And what about ground-nesting birds in sugar beet? The risks are known to eggs from herbicides, but what about tractor hoes?

“There needs to be equivalent standards for non-chemical pest control as there is for pesticides. The assumption that it has a reduced risk to human health and the environment has not been tested.

“We need the best available technologies, irrespective of where they come from, and compare all equally. Otherwise we could be throwing out tried and tested technology for ones that haven’t been tested and risks that are not being mitigated,” he added.