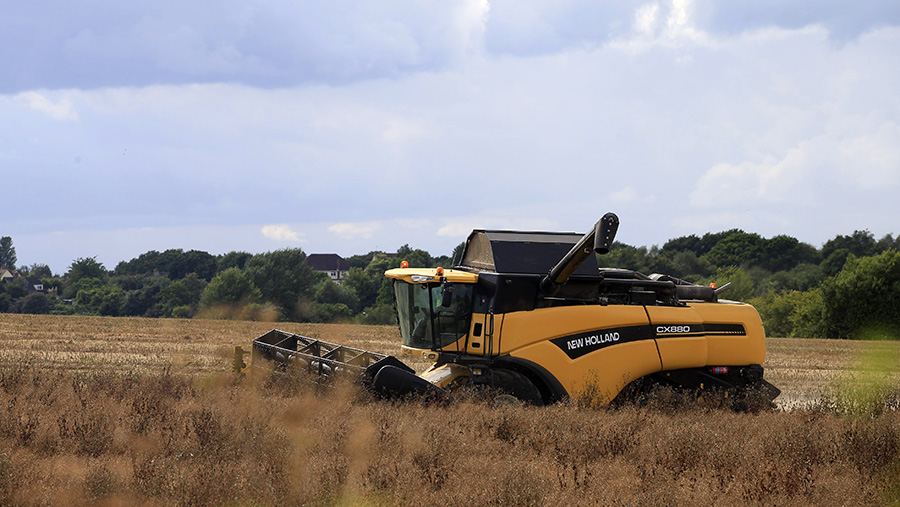 There is increased demand for the specialist high-grade oil from restaurant chains such as McDonald’s and KFC because of its stability at higher temperatures.

The survey of 400 farmers, carefully selected to be representative of British growers and interviewed by Kleffmann Group from December 2015, show Holl varieties occupy about 7% of the winter oilseed rape area. This is up from just 2% in 2014–15.

This increase in interest is on the back of improved variety performance in recent years, with the two varieties making up the lion’s share of current plantings – V316OL and V295OL – delivering gross outputs of 4.76 t/ha and 4.65 t/ha, respectively, last harvest.

“Our Holl hybrids are living up to their promise of output parity with the best of ‘double low’ varieties”
Deryn Gilbey, Dekalb

This puts them close to market leader Extrovert which averaged 4.93 t/ha and comfortably ahead of all but two of the other 13 most widely-grown varieties in 2014-15, said the company.

“Our Holl hybrids are living up to their promise of output parity with the best of ‘double low’ varieties,” said Dekalb NE Europe marketing lead, Deryn Gilbey.

He added that high yields were valuable in helping growers cope with current rapeseed markets.

“At typical crop input levels, every quarter of a tonne of extra output drives winter rape production costs down by about £10/t.

“Then there is the premium of up to £25/t on top of oil bonuses, subject of hitting specification for the two fatty acids.

“Over 90% of all the samples pre-movement tested by our laboratory from the past harvest were within specification for both linolenic and oleic oil levels to qualify for flat rate Holl premiums of up to £25/t on top of oil bonuses,” he said.