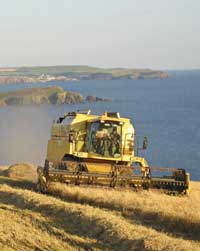 There is a positive outlook for the European biofuels sector and there are “exciting” prospects for the UK in particular, according to the HGCA.

Its latest EU biofuel update suggests that both supply and demand for biofuels will continue to grow this year, with EU biodiesel production forecast to be up 5% on 2009 at 8.3mt and bioethanol production up 30% on last year to 3.7mt.

Germany and France remain the biggest producers of both biofuel types, together responsible for 52% of total EU biodiesel output and two-thirds of EU bioethanol. But the UK made a significant step forward when the Ensus plant came on-stream earlier this year – it is Europe’s largest plant and will produce 315,000t of bioethanol when fully operational. The Vivergo plant in Hull is also due to open next year.

On a global scale, the figures suggest the EU will produce 47% of world biodiesel in 2010, but just 6% of global ethanol output, with the USA and South America continuing to lead the way.

The HGCA report says future growth of the biofuels industry will remain underpinned by what happens to government policy in 2010. Of particular importance will be how member states incorporate the EU Renewable Energy Directive (see panel) into their legislation – the Renewable Transport Fuels Obligation in the UK’s case.

“The RTFO is set to undergo a number of amendments within the next year. The main changes relate to the RED’s framework for the ‘carbon and sustainability’ requirements of all biofuels sold in the EU,” explained HGCA market intelligence analyst Charlotte Smyth.

“At the moment, the recommendations are voluntary and focus on the biofuel manufacturers. It hasn’t been confirmed what the RED will mean for growers. We already have ACCS and cross compliance, but it’s not clear whether this will be enough.

“The RED framework is supposed to be built into UK legislation by the end of this year, but it’ll probably be nearer this time next year before we can say what it’ll mean for farmers growing biofuel crops.”

Further decisions are also expected on how the EU intends to manage the current concerns on potential for indirect land use change caused by biofuel production and the final methodology for calculating greenhouse gas emissions under the new standards.

The Renewable Energy Directive sets ambitious targets for all member states for the EU to reach a 20% share of energy from renewable sources by 2020 and a 10% share of renewable energy specifically in the transport sector.

The RED should be implemented by member states by December 2010.

The UK has signed up to the Directive and has been set a target to produce 15% of energy from renewables by 2020. This is equivalent to a seven-fold increase in UK renewable energy consumption from 2008 levels: the most challenging of any EU member state. The UK Renewable Energy Strategy sets out how this target can be met, through policy such as the RTFO.

The administrators of the RTFO have attempted to prepare for the changes by introducing a voluntary “RED-ready” RTFO for the 2010/11 year, which started on 15 April. It incorporates known aspects of the RED, but leaves out those open to interpretation. Key changes include:

| To qualify as “RED-ready”, greenhouse gas emission savings from biofuels must meet a target of 35% when compared to the equivalent fossil fuel

| Evidence can be provided to show biofuel feedstocks have not been grown on land that in January 2008 (the reference year) had: a) a high carbon stock, or b) high biodiversity value

The HGCA said the industry was looking ahead to further studies, consultations and amendments to the RED/RTFO in the coming months to assess future impacts.