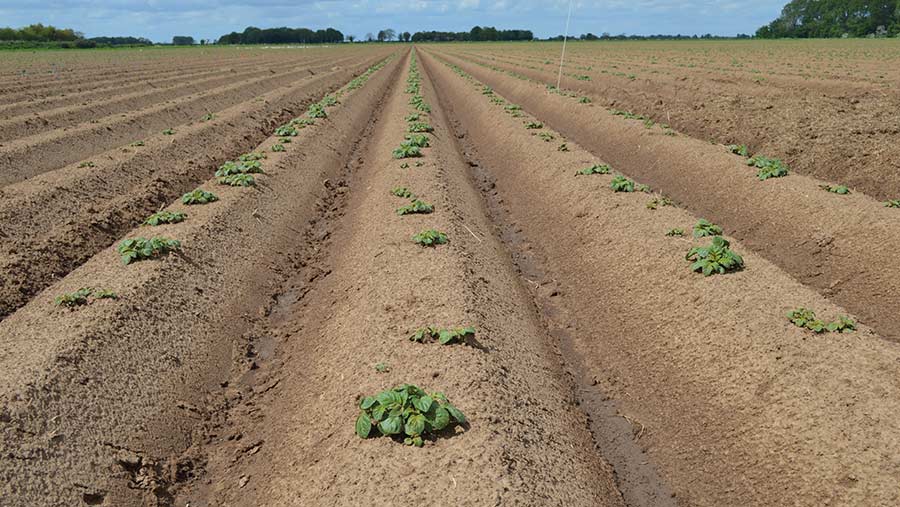 He has stretched his rotation for growing potatoes on his fertile silt soils at Worth Farms, Holbeach, south-eastern Lincolnshire, to one-in-eight years. He has also cut out ploughing and is trialling the best cover crops to grow before spuds.

He is now seeing his yields ticking up and is creating a better soil structure that is less likely to cap in a very dry spring.

In addition, potato cyst nematode (PCN) numbers are falling, which will please his retail customers such as Marks & Spencer, which are eager to see fewer chemicals used to grow potatoes.

“The business has always been environmentally focused and we are aiming to stay one step ahead on our journey to sustainable farming,” he tells Farmers Weekly. 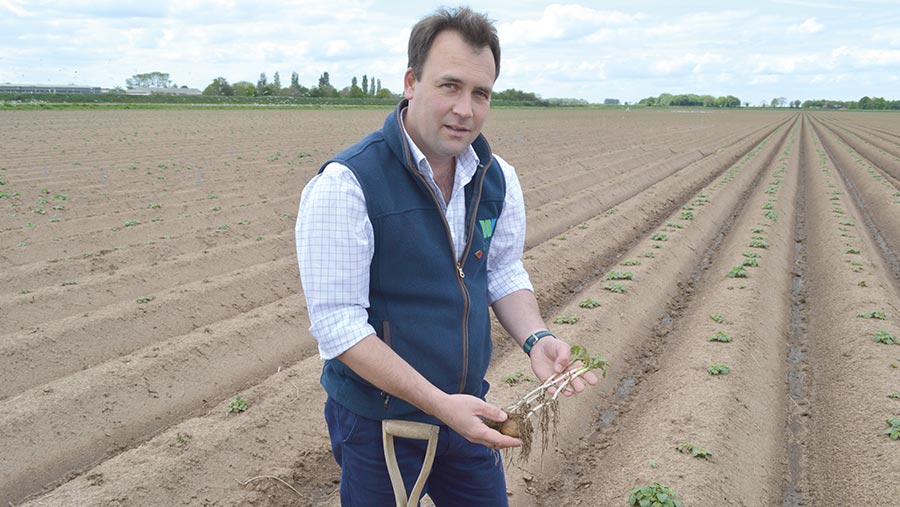 Growing 350ha of potatoes on Grade 1 deep silt land destined for the quality pre-pack market, the farm made the decision about five years ago to widen the rotation and cut out late-lifting varieties, such as Cara, to start stamping down on nematode numbers.

The move has culminated in the farm being one of Marks & Spencer’s five innovation vegetable growing farms, with the retailer funding the Food and Environment Research Agency (Fera) to undertake trials on nematode numbers, with the ultimate aim of reducing chemical use.

The decision to widen the rotation from one in six years previously has helped to control nematodes, with nematicides now only being used on 60-70% of the potato land, and pre-pack yields increasing to 55t/ha from the low 50s previously.

The next move was to reduce cultivation costs by abandoning ploughing and repeated passes of a time-consuming power harrow, cutting machinery wear and tear, and improving soil structure with less-intensive cultivations.

Potatoes usually follow vining peas, so after the viners have left the field in the summer there is a cultivation with a Sumo Trio subsoiler-disc-packer-roller combination, with a cover crop usually sown from the cultivator.

Then, in the spring, there is a single pass of a Top-Down disc-tine-leveller-roller combination, and then they go in with a combination rotavator planter.

Mr Day points out that with the move away from ploughing to non-inversion mixing of the soil there is more pea haulm in the potato ridge at planting, which helps to avoid surface capping, while also helping to add organic matter to his traditionally low organic matter soils.

The farm has experimented with biofumigant cover crops ahead of potatoes, but these crops took a lot of management, as they need mowing, then discing and ploughing in. It was also difficult to quantify the effects using these cover crops – costing £80/ha – had on nematode numbers.

Mr Day has tried a more traditional cover crop mix of vetch, phacelia and radish, but on his very fertile land the cover crop grew up to two metres tall after peas and was difficult to cut and manage. Therefore he will try another mix this autumn.

“We are on a learning curve with cover crops. What we want is good ground cover, but less management,” he says. 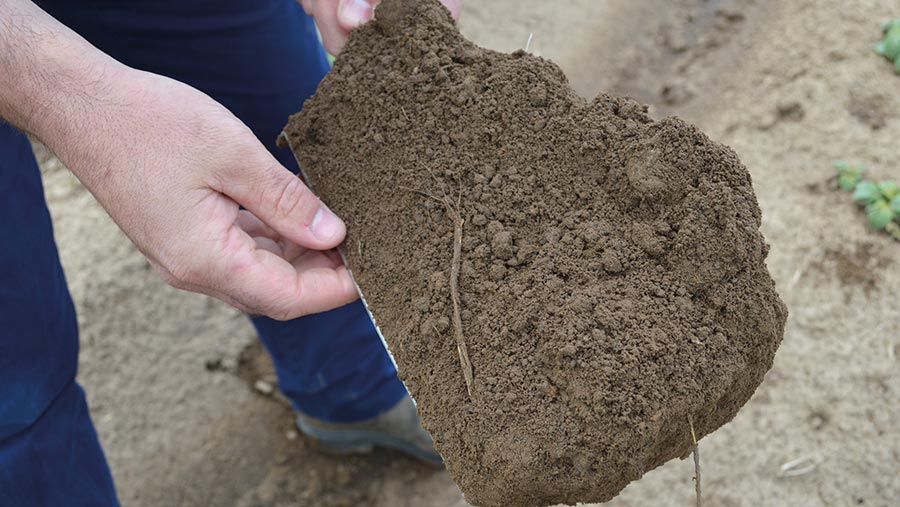 The hope is that using cover crops will eventually allow them to reduce nitrogen rates on the potatoes by about 35kg/ha from the current level of 200-250kg/ha.

Mr Day is already trimming nitrogen applications on the soil and applying 60-70kg/ha of the total dose as a foliar treatment.

The farm is growing Maris Piper and Melody varieties for Marks & Spencer, and is also growing Marfona, Desiree and Nectar. Yields of Nectar have been up to 80t/ha in a good year.

Marks & Spencer’s “Farming with Nature” campaign is initially looking at vegetable and livestock production and is aimed at reducing greenhouse gases, which the farm is doing by reducing its cultivations, using nitrogen more efficiently and increasing biodiversity. The retail company brought Fera in to assess the situation.

Bex Lawson, senior plant nematologist at Fera, is looking at nematode populations on the farm. This will give an indication of biodiversity and how well the farm is doing going down the sustainability route.

With the banning of Vydate (oxamyl) in January 2021, the only two nematicides available to potato growers are Nemathorin (fosthiazate) and Velum Prime (fluopyram), but these have met with a mixed response from the big retailers.

There are two species of PCN – Globodera rostochiensis and Globodera pallida – and although Maris Piper is resistant to rostochiensis, it is susceptible to pallida. Most PCN populations on the Lincolnshire farm are pallida.

Mr Day says he uses Nemathorin on the farm as granules at potato planting, but he has not tried the liquid formulation of Velum.

Mrs Lawson says with a good balance of nematodes and good soil health there may be less need for a nematicide. “There could be a future outcome where the soil heath improves and the nematode balance is good, and then we might be able to do without a nematicide,” she says.

She points out that they have seen improvements in diversity from autumn 2021 through to spring 2022, largely from the use of cover crops and reduced cultivations.

Mr Day hopes the Fera research will conclude that the farm has been moving in the right direction, and give pointers for achieving a more sustainable future.

“We want to be in the situation where, if Nemathorin disappeared tomorrow, we would still be able to grow potatoes,” he says.