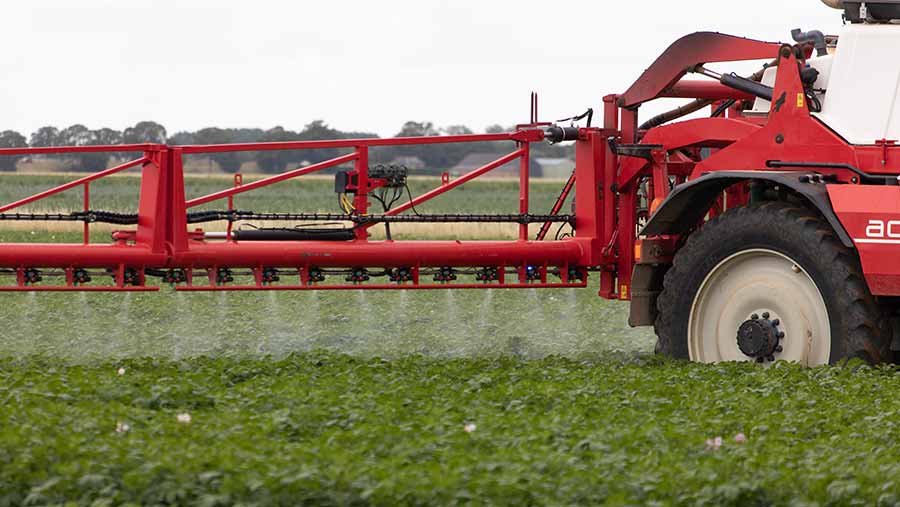 Potato growers could have two new blight fungicides next spring to help fight against more aggressive disease strains, with the products’ early arrival in the field helped by Brexit.

Agrochemicals giant BASF hopes for approval for one which contains two actives with unique modes of action in the potato world, and for another using the azole fungicide from its recently launched cereal fungicide Revystar.

This comes at a time when the only product which acts against late blight and alternaria, the multi-site contact product mancozeb, is set to be banned, and the industry faces more pressure from the aggressive 36-A2 blight strain.

He told a recent briefing: “This will be best used early in the growth cycle when the potato plant needs loading up with protection. This is the chemistry to go for in the most difficult, challenging blight situations.

Mr Goddard adds that this will be a “top drawer” blight product on a par with leading products such as Infinito (fluopicolide + propamocarb hydrochloride), Revus (mandipropamid) and Ranman Top (cyazofamid).

The new fungicide will be applied in the rapid canopy growing phase, four to five weeks after planting, and regulatory approval is expected in the first quarter of 2022.

It has proved to be one of the strongest products in independent potato blight trials, and has a low risk of disease resistance building up against the product.

The second product is the azole mefentrifluconazole (Revysol), code named BAS750, which give good control of alternaria, or early blight. It is expected to be approved in the final quarter of this year.

When compared with a standard for early blight, the azole difenoconazole, Mr Goddard say this new azole – which is used in the group’s cereal azole-SDHI fungicide product Revystar – gives “strong and more reliable control than the standard”.

Application timing is aimed at the stable crop canopy stage, or from the second half of July. It can be used for three applications in a season with a minimum of a seven-day interval between sprays.

These two new products will be launched at a time when blight control is expected to become more difficult with the expected revocation of mancozeb and the lack of any alternative multisite fungicides. 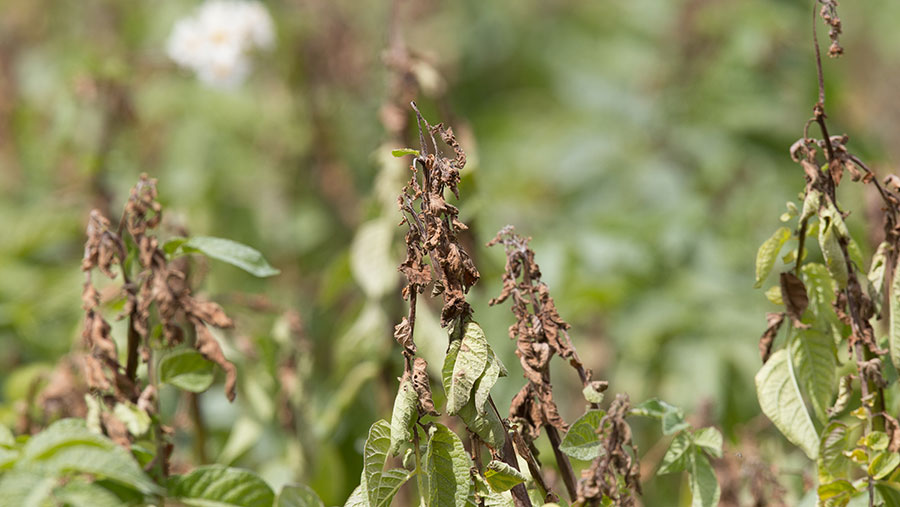 Howard Hinds, independent potato agronomist, says there are effective fungicides remaining on the market, but some are more vulnerable to resistance breakdown, unlike the multisite activity of mancozeb.

“The rise of more aggressive strains like 36-A2 is now putting pressure on even the strongest blight fungicides on the market,” he says

BASF is yet to give these two new products brand names, and it expects pricing to be “realistic compared with their peer products”.

Mr Goddard says the approval process for both products has been quicker after Britain exited the EU in January 2020, as only British approval from the Chemical Regulation Division of the Health & Safety Executive is needed, rather than waiting for EU approval as well.

“There is a more efficient process with one authority now doing all the work,” he says.

A number of potato products have been banned over the past three years. The herbicide linuron and desiccant diquat were lost in 2019, nematicide Vydate and storage sprout suppressant CIPC in 2020, and aphicide Biscaya in 2021, with the withdrawal of Movento likely to follow.