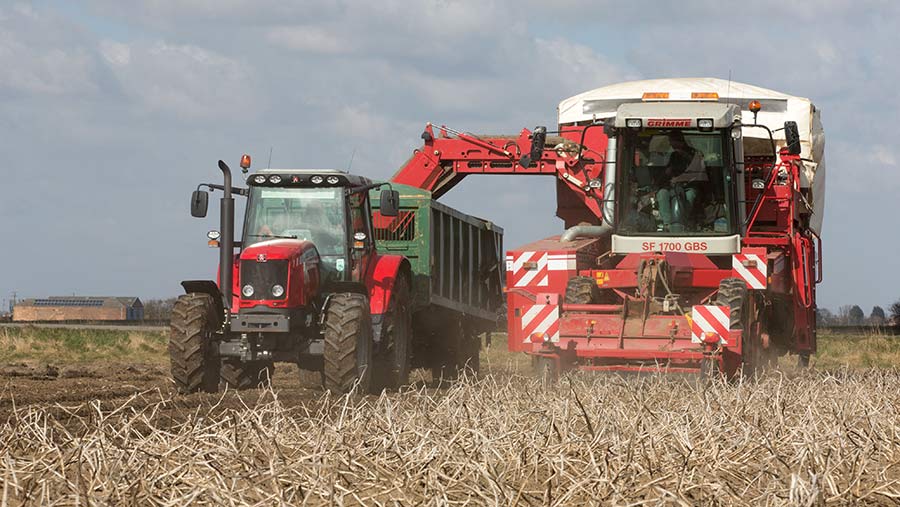 While the loss of diquat is a setback for potato growers, there are still viable chemical options for destroying potato haulm, according to early results from this season’s AHDB desiccation trials.

It is clear a “flail and spray” approach – which combines a pass with a mechanical topper with an application of herbicide – is the quickest and most-effective means of killing potato crops.

However, not all growers are keen on using a flail, particularly in wet soil conditions, or when blight or blackleg disease spread is a risk, but is a chemical-only approach viable?

AHDB Potatoes has compared a number of chemical desiccants at sites across Britain to find out, and recently presented preliminary findings at its Spot North farm at Barnetby, North Lincolnshire. 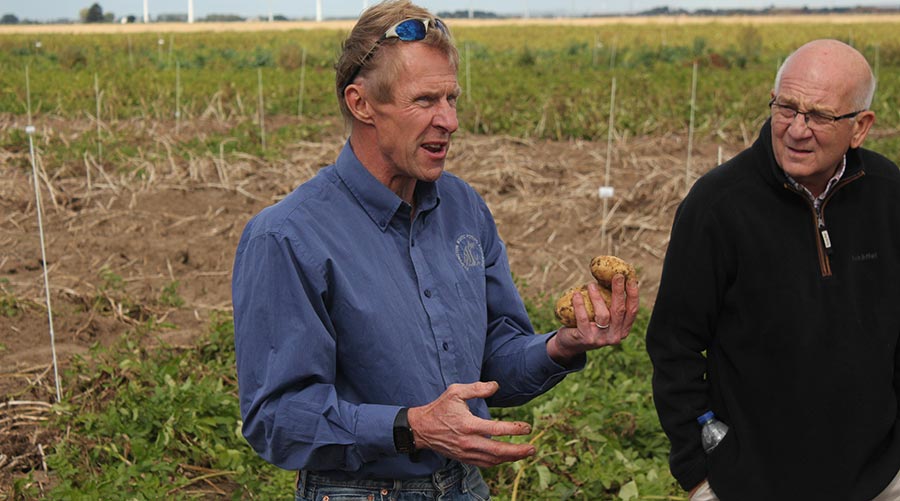 Niab Cuf’s Mark Stalham – who has been co-ordinating the trials – showed data from a seed crop of variety Jelly, which has a vigorous haulm.

In addition, because seed crops are typically stopped ahead of any natural senescence, all the treatments faced a very stern test in the experiment.

Alongside diquat itself, the trial has included the two protoporphyrinogen oxidase (PPO) inhibitor herbicides – Spotlight Plus (carfentrazone-ethyl) and Gozai (pyraflufen-ethyl).

These are both highly effective stem desiccants, typically used as follow-up treatments in sequence with diquat, or as the chemical component in flail and spray programmes.

A natural, broad-spectrum herbicide based on pelargonic acid was also included, plus an untreated control. All treatments were combined with fungicide Ranman Top.

Results from ground cover assessments post-treatment are summarised in the table.

As expected, the current standard chemical approach using diquat offered the fastest defoliation, with ground cover reduced to zero within two weeks of the first spray.

The concern with PPO inhibitors such as Spotlight and Gozai is that defoliation is slower and while the results show this is true, sequences or combinations of the two were only marginally behind diquat, even in a vigorous seed crop.

“If you bunch all the Spotlight and Gozai treatments together, they are virtually the same and in the assessments were only two or three days behind Reglone in terms of defoliation of the crop,” said Dr Stalham.

Pelargonic acid was the slowest chemical treatment for defoliating the crop, but when combined with a follow-up application of Spotlight at T2, also achieved a robust result.

Tubers were also assessed for each treatment’s impact on skin set and no significant differences were observed, with all achieving a good enough skin set for safe harvesting.

Similarly, there were no significant differences between treatments when tubers were assessed for vascular browning and stem-end necrosis.

Scepticism over whether diquat alternatives can adequately kill a vigorous indeterminate potato variety such as Jelly look misplaced from the AHDB trial, although much will depend on crop and field conditions. 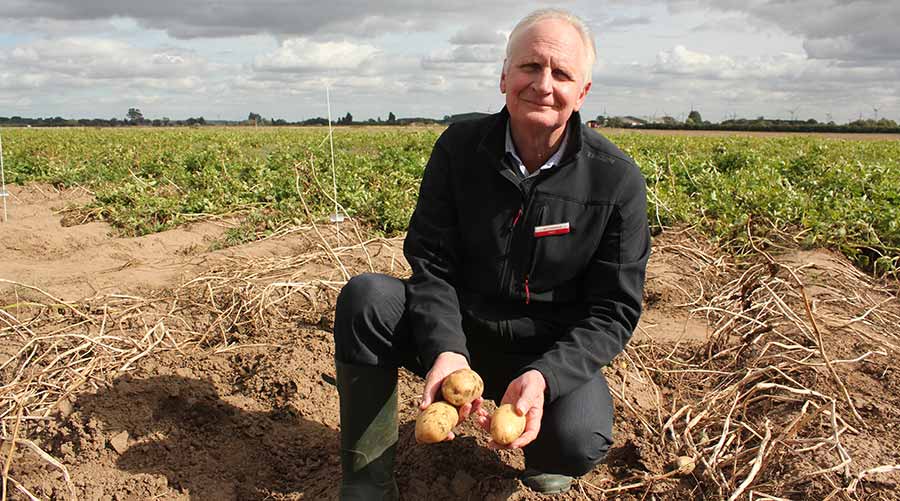 These should be carefully considered ahead of the next growing season in what will be a re-education for those used to relying solely on diquat.

He told Farmers Weekly that variety type, planting date, nitrogen use and irrigation can all be manipulated to bring maturity and the onset of senescence – or “tipping point” – forward to put less strain on the chemistry. Chitting seed could also be useful in this regard.

“Spotlight can work just as well as diquat, but ideally the crop needs to be going backwards when programmes start,” he added.

Application conditions also have a major influence, and David Peach of Belchim, which sells Gozai in the UK, said best results are achieved when PPO products are applied in bright and sunny conditions with high water rates, particularly in dense canopies. 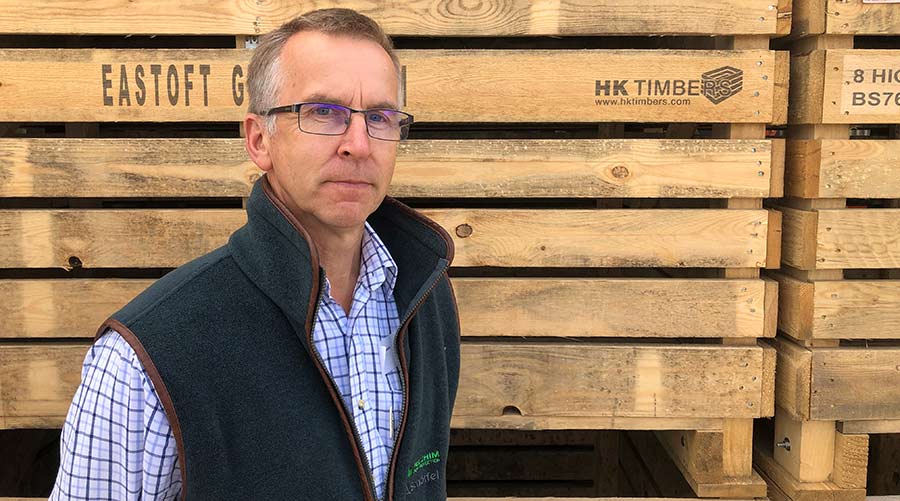 “The Gozai label states water rates of 300-600 litres of water, but we have found the higher the better,” added Mr Peach.

Both agrochemical companies stressed that tank mixing Spotlight Plus and Gozai is not supported or recommended, although both are exploring the possibility in development trials.

In addition, using two hits of a Spotlight/Gozai in combination would leave growers with no follow-up options, as only two applications of each product and four applications of PPO inhibitors are permitted each season.

“You would have nothing to fall back on, so you need to be sure it would do the job,” said Mr Peach.

An application of Omex product Saltex (sodium chloride) has given better results than diquat in a ware crop on the same site, according to Mark Stalham.

Not included in the seed crop trial, the product was applied to the Maris Piper plots at 1,123 litres/ha and had reduced the crop to 0% ground cover just seven days after the T1 application.