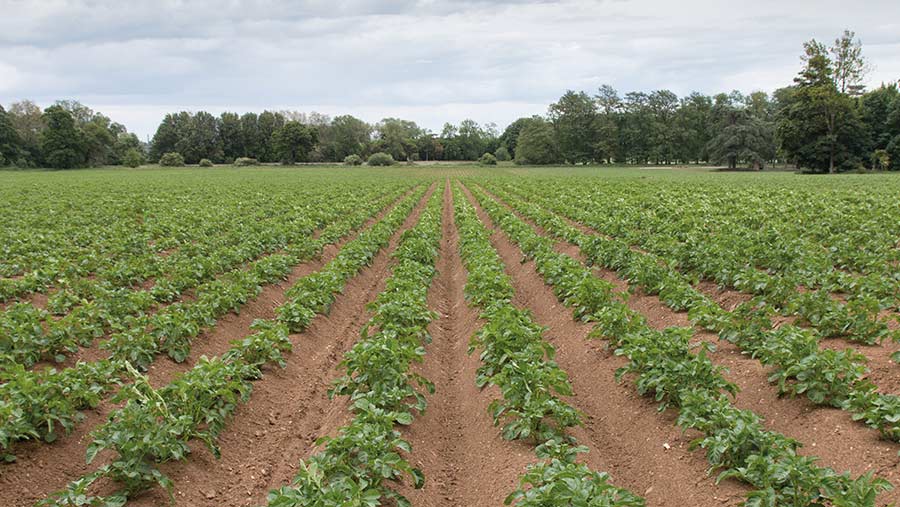 Yorkshire potato grower Guy Poskitt is cutting back his spud area by 26% next spring because of a shortage of available labour, rising growing costs and a move to be more efficient by abandoning growing potatoes on more marginal land.

He grew 272ha this year, with 47% of his crop destined for crisping, another 47% for chipping, and the remainder sold in the free market, but that will change next year with upward pressure on variable costs such as fertiliser and agrochemicals.

Mr Poskitt will give up selling into the free bagged market as his sharp sand land is not particularly suited to produce the skin finish needed for the pre-pack market, and he will concentrate on supplying chipper McCain – the largest purchaser of British potatoes, buying up 15% of the annual crop – with a big proportion of his crispers going to Walkers.

Mr Poskitt’s headquarters is at The Firs, Kellington, between Selby and Pontefract, from where he farms about 2,000ha including combinable crops, sugar beet, carrots, parsnips, swedes and pumpkins as well as potatoes.

The farm has had three testing years for potato growing, with 2018 hit by drought, 2019 a wash out due to wet weather, and the 2020 crop delayed so that the farm finished lifting potatoes only three weeks before starting planting again in spring 2021.

This season, James Bramley, his vegetable farm manager, is trying out cover crops grown after potatoes to improve the soil structure on their light sandy soils and cut pest damage in a following crops of carrots.

After an early crop of chipping potatoes was lifted in August, a cover crop of 70% oil radish and 30% white mustard was drilling in the third week of September. 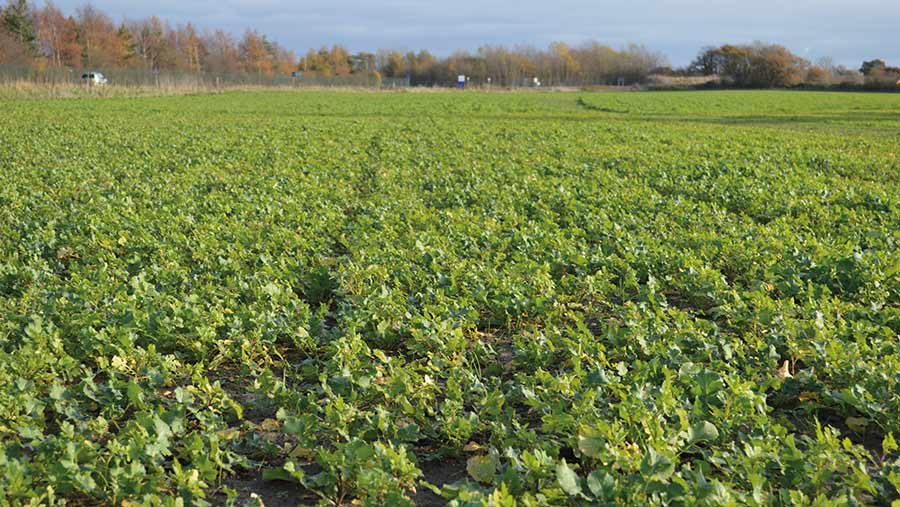 “We are hoping to improve the soil structure as our sandy soils tend to be very light on organic matter,” says Mr Bramley.

The cover crop will be incorporate into the soil, then the land de-stoned before being planted with carrots next spring.