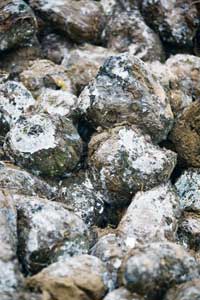 Sugar beet prices should be renegotiated because growing the crop has become too risky, an industry expert has warned.

Up to 1.2m tonnes of Britain’s 7m tonne beet crop is rotting in the fields after mild and wet weather followed Britain’s coldest December for 100 years. “This year has become a disaster,” said Mr Whitaker. “All of the risk is now firmly and obviously with the grower because of the lengthy just-in-time lifting campaign.”

British Sugar’s harvesting strategy was designed to accommodate a factory rationalisation programme at the expense of growers, Mr Whitaker suggested.

“There isn’t enough profit in beet for this level of risk to be taken by the grower,” he told Farmers Weekly. “For many growers, the crop following this late beet is also going to be written off or seriously affected.

British Sugar has already acknowledged that it is unable to process most of the remaining beet that should be destined for Newark factory. But many growers find themselves in a similar situation across eastern England. “We are seeing that across East Anglia,” said Mr Whitaker. “It isn’t just a Newark problem.

“British Sugar and the NFU owe it to growers to get round the table, have a grown up debate and sort it out. They need to act like proper partners and consider each other’s interests.”

Both sides needed to revisit the referencing period and average yields used to calculate the beet price for next year, Mr Whitaker said. “It is clearly now very wrong. If we want to work like partners and behave like partners to maintain a 7m tonne crop then that needs to happen.”

For a variety of reasons, not least its impact on the following crop, beet needed to perform better than combinable crops. “We can currently grow and sell 2011 and 2012 combinable crops forward at substantially better margins than beet.”

No-one expected beet to match wheat at £200/t, Mr Whitaker acknowledged. But to be bottom of farm gross margins on the average farm for 2010 and 2011 should be alarming for British Sugar.

“If it’s not, growers need to draw their own conclusions about how the crop fits in within their farming business. Put bluntly, it is now almost beyond belief that we can still be contemplating the 2011 crop being priced below the 2010 crop, given everything that’s happened.”

Farmers wanted to continue growing beet, but they wanted to do so on a profitable basis, Mr Whitaker said. “It is all very well to say it will come right when the 2012 price is calculated, but that remains to be seen. In the meantime, farmers lost a year of profit and opportunity on the crop.”

What do you think about the sugar beet situation? Have your say – and see what others are saying – on our forums.