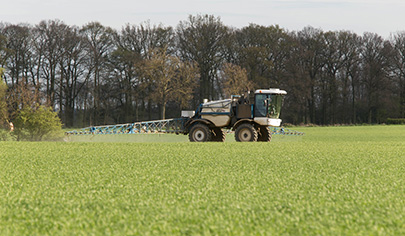 As the spring spraying season approaches with soils finally starting to dry out, growers are being urged to prioritise blackgrass control in winter wheat crops.

The wet autumn meant many growers didn’t complete post-emergence herbicide applications and combined with disease being already found in some crops, such as yellow rust, there is a growing urgency with the mounting spring workload.

However, ProCam’s head  of crop production Nick Myers believes grower will need to maximise all opportunities for achieving good weed control in the next few weeks.

For many, large blackgrass plants should be the priority with worries that the longevity of some of the autumn residual chemistry used has been reduced by the warm, wet winter conditions, he says.

“Although residuals did a good job, there are survivors to clean up and there have been reports of recent blackgrass germination, so in some situations there’s an urgent requirement for a spring herbicide top-up.”

The fall in grain prices makes the financial decision to spray again a difficult one, especially given the level of grassweed resistance to contact herbicides and the other field work that needs to take place, he acknowledges.

“Crops have generally established well and should be competitive so it may be that low levels of blackgrass are tolerated this year.

“In later drilled wheat crops, where good use of stale seed-beds and pre-emergence herbicides was made, there may be no need for further action.”

For those who need to do a follow-up there may be some value in adding a residual element to the contact herbicide to boost control if sequences and time permit, he advises.

“There are choices for this, such as flufenacet plus diflufenican, as well as pendimethalin. Of course, the later that this application is made, the value of adding a residual falls away.”