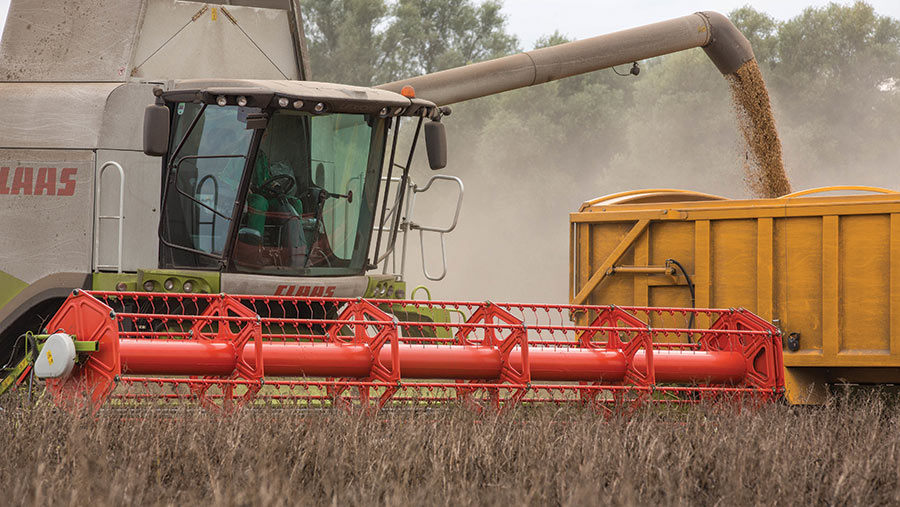 Expanding markets are set to soak up the expected higher bean harvest in 2020 and prevent a tumble in prices that bean growers faced after a bumper bean crop in 2017.

A fall in the autumn-drilled oilseed rape and cereal area due to heavy rains is likely to prompt an increase in spring bean planting, but one trader expects bean prices to hold up.

Lewis Cottey, pulse trader at ADM Agriculture and president of trade body Pulses UK, says although the winter bean area is likely to be down, a spring bean area rise is likely to lead to an overall bigger bean crop.

“There is likely to be a bigger bean harvest in 2020, but there is a market for a bigger crop,” he tells Farmers Weekly.

Bean growers will remember that a big harvest in 2017 of 700,000t led to a price fall, but Mr Cottey forecasts that there are stronger markets for beans to support prices at about the current price of £180/t ex-farm for feed bean.

He says there is currently less competition for exports from producer countries such as the Baltic nations, while there is an increase in demand for beans from the fish food industry, human consumption in continental Europe and good domestic animal feed demand.

“A big crop is not to be feared as the market for beans is developing,” he adds.

With the area of peas likely to edge a little higher from the current 40,000ha, this ties in with the expected 24% rise in the overall pulse area for 2020 according to the Early Bird survey conducted this month for the AHDB.

On an optimistic note for pulse growers, Mr Cottey says the sector will only see a minimal effect even if Britain leaves the European Union without a trade deal.

This is because pea imports into the EU have a zero tariff, while bean imports only attract a 3.2% levy.