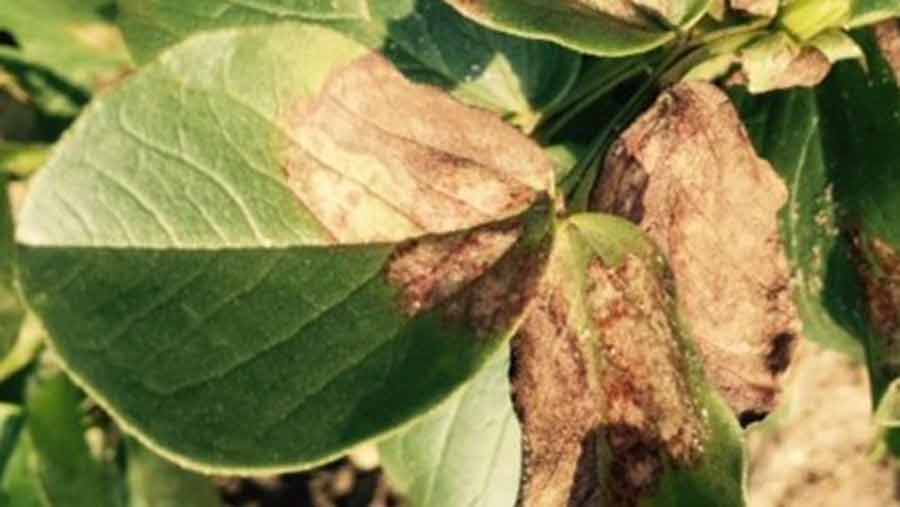 Winter bean growers are being alerted to the threat from two diseases this spring after mild winter weather has prompted high levels of downy mildew and Cercospora leaf spot.

Experts are urging growers to be on guard as downy mildew is not normally a problem with winter beans and cercospora has only been seen sporadically in the past.

“Growers should be getting out into the field and be on the look out for these two diseases,” Becky Ward, principal technical officer at the Processors and Growers Research Organisation (PGRO), tells Farmers Weekly.

See also: Winter beans back in favour for Cambridgeshire grower

She says there has been a number of reports of high levels of downy mildew, normally more of a problem in spring beans, due to the overcast and humid conditions. Dry and sunny weather will restrict the disease’s spread. 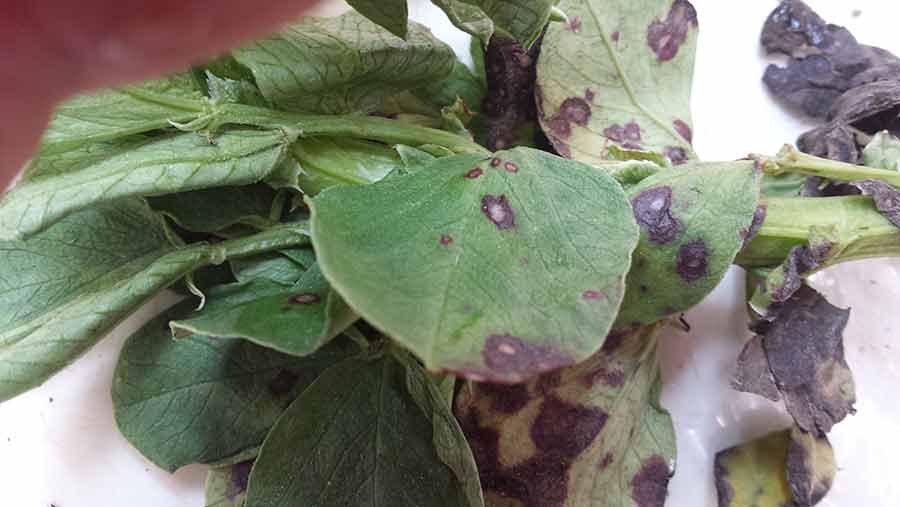 If more than 25% plants are infected with large greyish-brown lesions – particularly if they are affecting new growth – a fungicide may be necessary to prevent yield loss, adds Ms Ward.

Products containing metalaxyl-M can be used to control downy mildew.

While cercospora is common in many countries such as Australia, it has been reported only occasionally in UK crops, until the high levels seen this spring.

Symptoms of the disease are dark brown to black lesions with a grey centre, and although similar to ascochyta, there are no black fruiting bodies or pycnidia in the centre of the lesions.

Cercospora persists in crop residues in the soil and is dispersed by wind and rain to infect young plants – particularly in fields close to previous year’s crops – and in other countries can cause between 5-10% yield loss when infection is severe.

Applications of fungicide products containing tebuconazole or chlorothalonil are effective to control the disease.