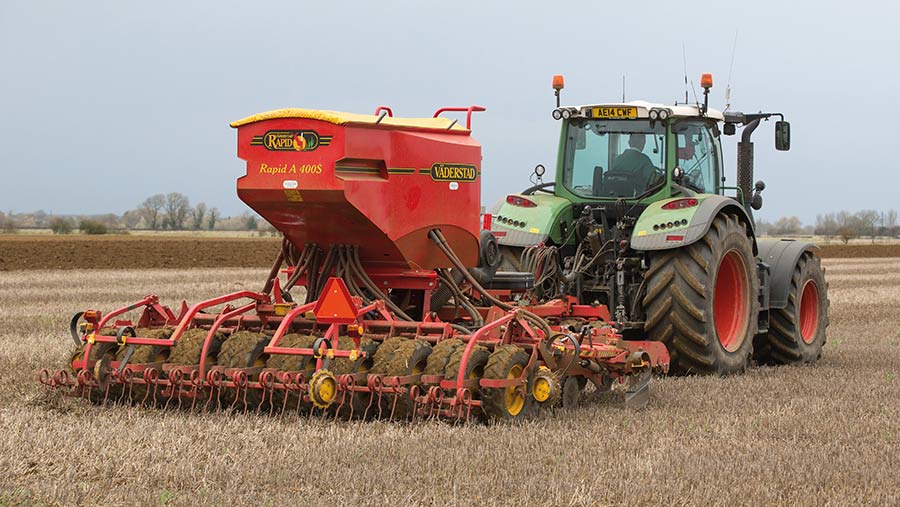 Variable yields and dismal quality results saw winter beans become one of the worst-performing crops on many farms this year – a victim of very late drilling in less-than-ideal conditions and unkind weather.

Despite this, there are good reasons for having them in the rotation for the coming season, as well as growing winter beans instead of spring-sown beans, stresses Becky Howard, research and development manager at the Processors and Growers Research Organisation (PGRO).

In most seasons, winter beans are easier to establish on heavier soils and are tolerant to winter temperatures below -10C if hardened adequately. Spring beans are only tolerant to -6C, and they can also cope with waterlogging for a few days, she says.

“They make good use of the moisture available through the winter, are more robust than spring beans and less susceptible to weevil damage,” Dr Howard tells a BASF-hosted Virtual Farm webinar.

Most winter bean crops are drilled, with the optimum drilling depth at 75mm. If min-tillage or direct drilling is preferred, the seed must be well covered and slots closed, to prevent herbicide damage and bird losses.

Ploughing in beans is still used where soils are very wet, but growers should beware of excess straw causing anaerobic conditions and variable drilling depth, making sure they level the seed-bed.

Soil compaction must be dealt with before drilling. “It reduces root development and prevents them reaching the subsoil, especially when it’s dry. It also causes higher levels of soil-borne pathogens, such as those that cause foot and stem rots,” says Dr Howard.

Sowing date
The optimum sowing date is between mid-October and late November, with the aim of establishing 20-32 plants/sq m, depending on variety.

Allow 10-15% field loss when calculating seed rate and use the PGRO app for guidance on seed rates for different sowing dates.

Variety information is published in the PGRO Recommended List, which is updated every year with data from seven trial sites. Vespa heads this year’s list, with a yield of 108 and a standing ability score of 8.

Seed quality
Get seed tested for germination as well as seed-borne pests and diseases, and look for germination of 80% or more. Below this level, a greater effect is often seen in the field.

Check seed is free of stem nematode and contains no more that 1% Ascochyta fabae, as there is only a foliar treatment available for the latter. Moisture content and any physical damage should also be considered. 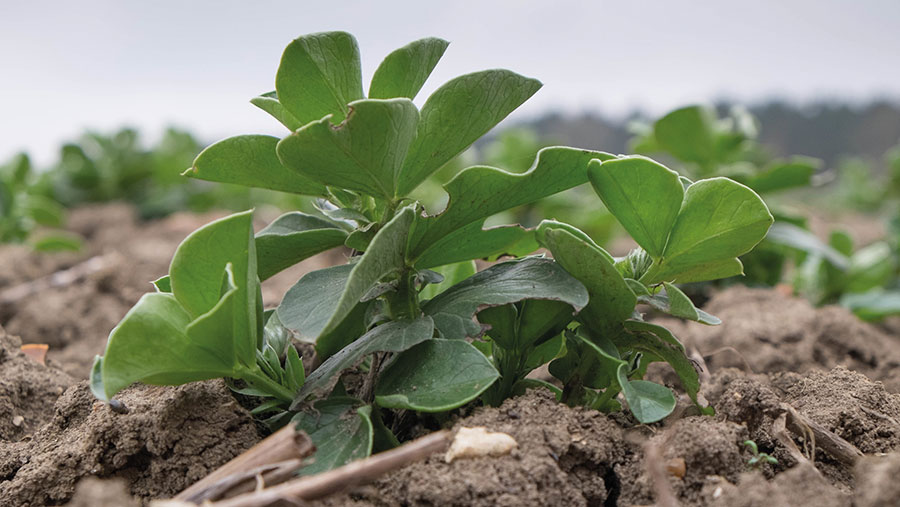 Winter beans have more herbicide options than other pulse crops. The pre-emergence options include pendimethalin+imazamox (Nirvana) at 4l/ha, either with or without 0.33l/ha of clomazone (Centium) for cleaver control, as well as pendimethalin (Stomp Aqua) at up to 2.9l/ha (+/- Centium) and prosulfocarb (Defy) at 4l/ha.

The only post-emergence product is bentazone (Basagran), which should be used following stewardship guidelines.

Where blackgrass is an issue, stale seed-beds should be the first line of defence. There are two products which are unaffected by resistance – propyzamide and carbetamide – with propyzamide being used pre-emergence with pendimethalin and carbetamide applied post -emergence before the end of February.

Chocolate spot and rust are the two most common diseases, with chocolate spot being a particular issue in winter beans.

Early drilled, high density crops are more at risk, as inoculum spreads from volunteers and crop debris. The first signs are small chocolate-coloured spots on the leaves, which in wet conditions tend to coalesce and form very large lesions.

Preventative spraying is required when conditions are favourable for the disease, with the first spray going on at early flowering to first pod. “Missing this first application makes it far more difficult to control the disease,” says Dr Howard.

The second spray should be made three to four weeks later – with the chosen product also being active against rust.

Azoxystrobin or boscalid + pyraclostrobin (Signum) can be used – the latter giving the best yield responses of up to 17% when used at 0.7kg/ha. Adding tebuconazole to azoxystrobin gives up to 10% extra yield.

In contrast, bean rust is a warm-weather disease, favoured by hot days and cool nights. There is a range of products to choose from, with spraying carried out at the end of flowering. 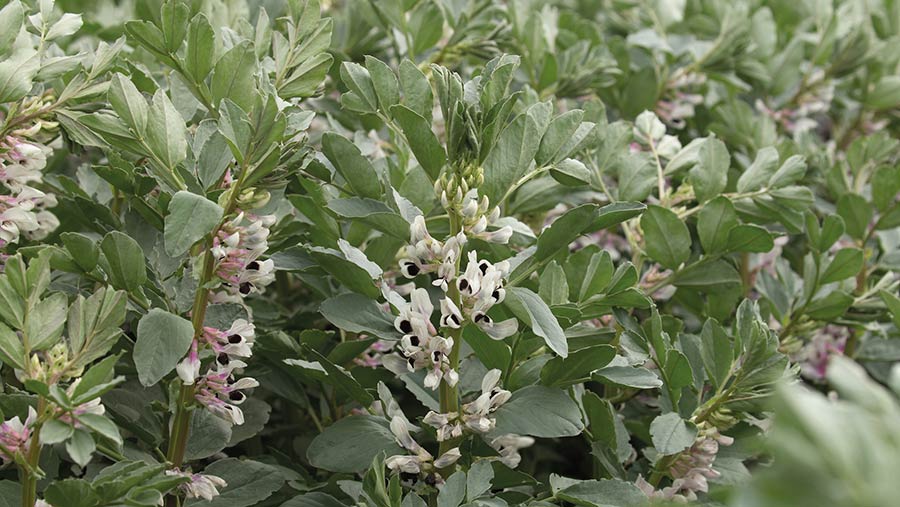 Aphids and bruchid beetle are the two pests that need monitoring in winter beans, so using the forecasting services AHDB Aphid News and Syngenta’s BruchidCast can be useful.

Both black bean aphid and pea aphid can be troublesome, either by transmitting viruses or direct feeding. Honeydew also encourages chocolate spot infection.

Insecticides can have their difficulties – pyrethroids can be used but they all have restrictions on harvest intervals, flowering use and number of applications, so check labels.

Pirimicarb can be used at 280g/ha between 1 May and 31 August, but only one application is allowed and a 14-day harvest interval applies. New products could be available next year.

Otherwise, biological control options for aphid control are being evaluated, including the two-spotted ladybird and predatory wasps, plant extracts and intercropping.

“Growers can encourage natural enemies by the use of non-crop areas,” says Dr Howard.

Bruchid beetles emerge in the spring from late April onwards. The adults lay eggs on the pods and the larvae hatch and feed on the seed, causing damage and creating difficulties in crops intended for the human consumption market.

Temperatures in June are critical – if there are consecutive days with temperatures above 20C at first pod stage, the damage is higher.

Only pyrethroids are available for control, so labels should be checked for flowering restrictions. Applications take place when crops are at first pod stage, with a second spray two days later. Angled nozzles and high water volumes may help.

The loss of diquat means that the need for desiccation should be considered carefully – weed-free crops are best left alone.

Glyphosate should be used for weed-control purposes, rather than desiccation, but an emergency approval for carfentrazone for desiccation was received in 2020, running out on 23 September. But this may not return in 2021, says Dr Howard.

Beans are fit to combine at 18% moisture, but wait until only a few stems are green. For long-term storage, 14% moisture is advised, so store in the dark to prevent discolouration.