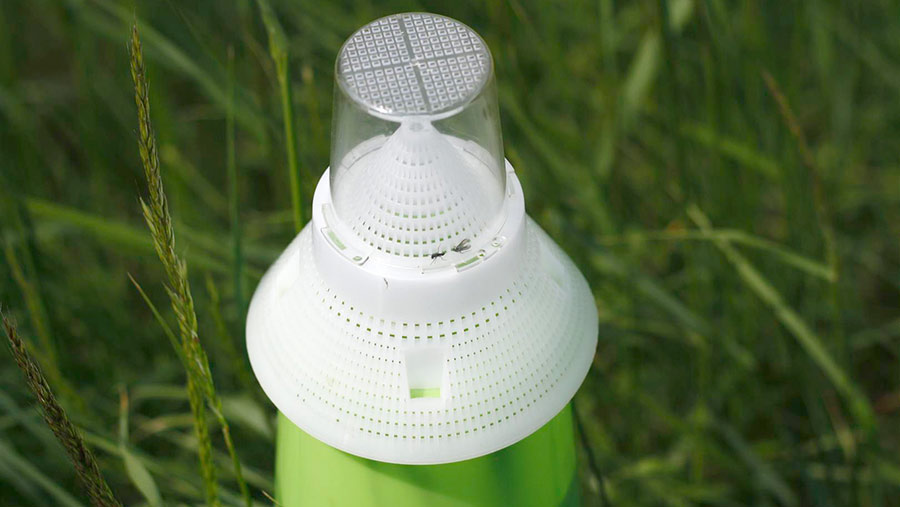 Pulse growers are being advised to place traps in their crops following a sharp rise in pea and bean weevil numbers in the recent warm weather.

Spring peas and beans that are starting to emerge, or will emerge in the next couple of weeks, are expected to be at high risk of damage following the sharp rise in temperatures.

Weevils can eat the leaf margins and shoot tips of peas and beans causing notch-like damage, and if not treated effectively, can significantly reduce yields.

Becky Howard, principal technical officer at the Processors and Growers Research Organisation,  recommended that growers use a trapping system for dealing with the weevils, but said this shouldn’t be used as a replacement for a pyrethroid insecticide spray.

“Trapping systems are becoming very effective in helping to reduce the number of weevils in both pea and bean crops. They are also becoming more important, as weevils are starting to show variable resistance to pyrethroid sprays,” she said.

Mrs Howard suggested using a system of five traps that are checked three times a week, and growers should only spray if a threshold of 30 insects a day is reached.

She also advised that a pyrethroid spray is applied at the first sign of leaf notching with a second spray to be added 10-14 days later, if needed.

Mrs Howard said potential yield losses from weevils will depend very much on the location of the crop.

“It will vary a lot on different soil types, but going on previous years, the biggest yield losses have come when there has been a drought shortly after drilling. The soil moisture drops off, and the damage from weevils adds additional stress to the plant,” she said.