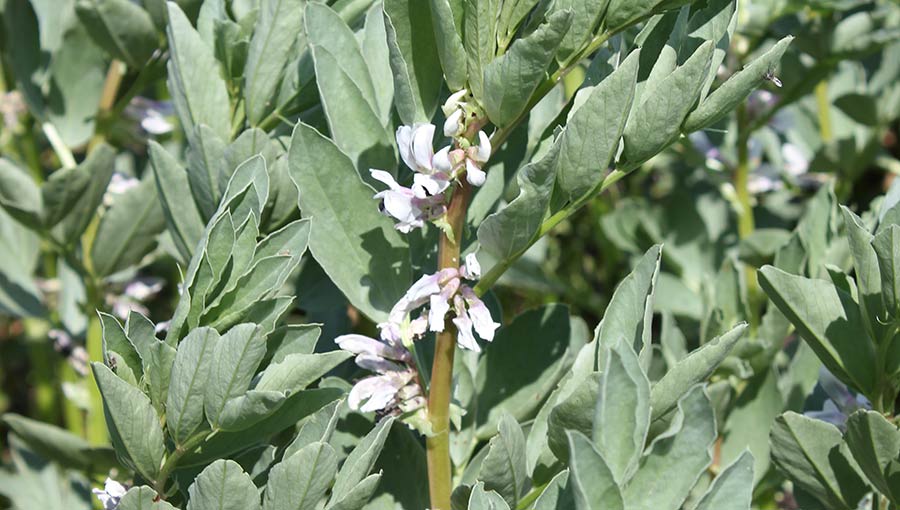 Staffordshire farmer Rob Atkin is looking to grow spring beans this season on a new contract that will give him a premium price for his crop, as it is intended to be used for feed in the fish industry.

He has been growing beans since 2010, and the contract from agricultural merchant Frontier offers him a price premium over wheat – which was naturally attractive to him – and exploits a new market for his beans.

“As an alternative break crop, they have a valuable place in the rotation and if you get beans right, they can be a profitable crop as they don’t really require high inputs,” he says.

Frontier launched the contract in January offering a price premium of £40/tonne above November wheat futures, with a further £10/t premium for those who opt for the group’s specialist bean agronomy package and achieve a 29% protein target.

This offer comes about as the group is building a new de-hulling plant near Nottingham due to open later this year, where beans will be processed to produce a protein-rich binding agent that is attractive to the fish farming industry.

Mr Atkin is growing the Limagrain variety Cartouche as it offers the highest protein content available on the spring bean Recommended List 2019 at 29.1%, and it made sense to him to start at the highest genetic protein base level.

The beans will be drilling more than 8.5ha at Mr Atkin’s Field Farm, near Uttoxeter, in a field of light loamy soil that was cover cropped over the winter and grazed off with sheep.

“I’ll aim to drill the crop at the beginning of March, but if conditions are not right, I will hang back and wait for a week or 10 days. If the weather turns bad, March can be a long month and it doesn’t make too much difference if they have to be delayed until mid-March,” he says.

Richard Plant, agronomist with Frontier, says Mr Atkin will be following the group’s agronomy advice, using dedicated yield and protein boosting products, such as bio-stimulants, to ensure the crop fulfils its potential.