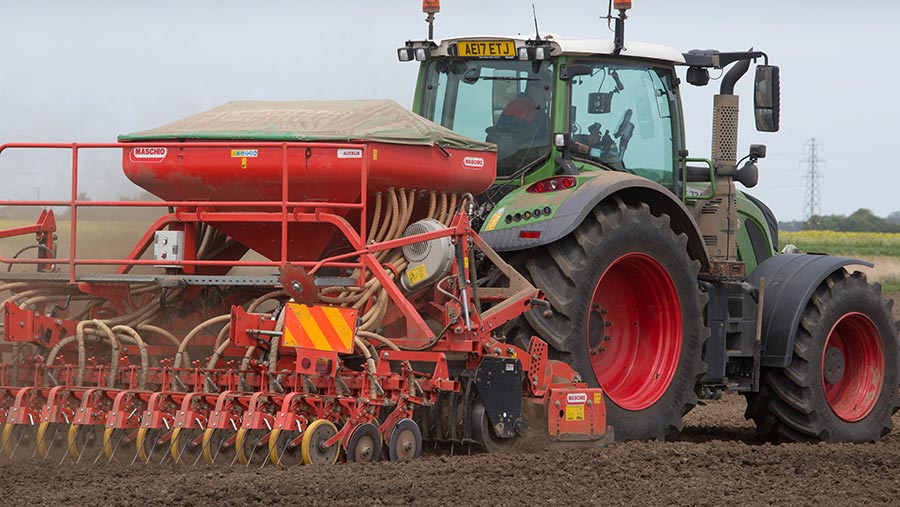 Pea and bean growers will have extra help in controlling bean seed fly this season with an updated web-based app that helps map the distribution and timing of pest attacks.

The free Processors and Growers Research Organisation (PGRO) app offers a new section where growers and agronomists can record the incidence of bean seed fly larvae or damage in crops.

Bean seed fly affects over 40 different host plants and has been identified as a high priority for vining peas, picking peas and phaseolus beans (green and runner beans) in the UK, due to increasing incidents of damage and the loss of key insecticide actives.

Users are able to select the crop type that they’re growing, create detailed reports and record the level of infestation or damage. Photos can be added, and the app can also locate a user’s in-field location to provide regional data.

All data will be used only for the purposes of the project, and growers can view the reports.

Adult flies are attracted to freshly disturbed soil containing debris from previous crops and high levels of organic matter such as farmyard manure, or weed debris. Eggs are laid on the soil surface and larvae hatch after a few days and feed on newly planted seeds.

After 10-14 days, larvae pupate and emerge as a second generation of flies. There may be several overlapping generations each year, occurring from late spring until early autumn.

Later-planted peas or beans are most vulnerable to attack during germination, where larvae feed on newly planted seeds and seedlings.