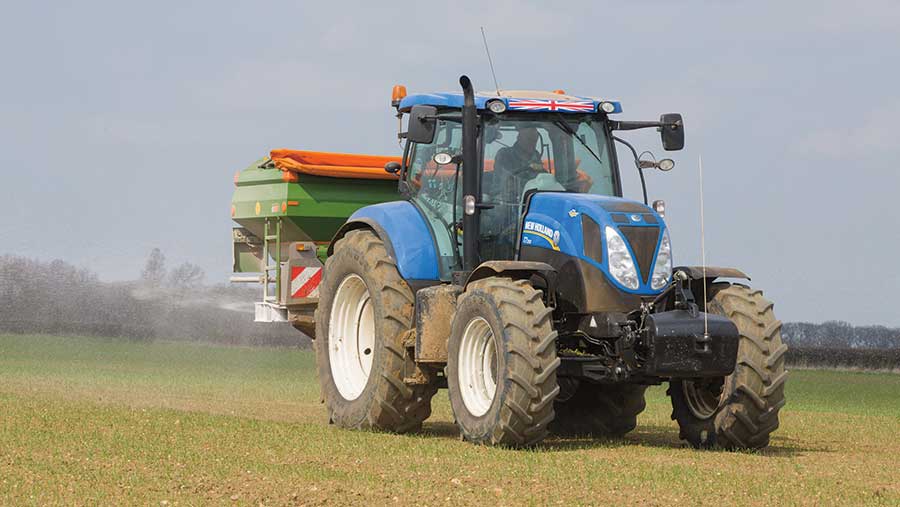 Using precision farming tools to better predict nitrogen fertiliser needs would allow farmers to fine-tune their applications to maximise crop yields and make the most of bought-in fertiliser.

Nitrogen fertiliser forms the biggest single cost in wheat production and can have a big influence on yield and profitability.

So back in 2010, Adas researcher Daniel Kindred started the Auto-N project to improve the accuracy of placement.

Six trials were established, each resembling a chessboard of several hectares. Four different input rates from 0-360kg N/ha were applied by growers, and several hundred plots were taken to yield, allowing response curves to be derived for all plots.

Variation in the optimum nitrogen fertiliser requirements within fields was more than 100kg N/ha and optimal yields ranged by more than 2t/ha.

There was a strong relationship between yield potential and soil nitrogen supply (SNS) – N available to crops from the soil, which depends mainly on previous cropping, soil type and overwinter rainfall.

However, variation in fertiliser N recovery – the increase in crop N content (kg/ha) expressed as a percentage of N applied  – was large and unpredictable. This meant predicting variation in N requirements was challenging.

Getting nitrogen rates right didn’t make much difference to yields, as low-yielding areas remained low yielding whatever amount of N was used. We believe the major causes of yield variation are not related to nitrogen,” explains Dr Kindred.

Sensing via satellites or tractors does tend to show patterns of SNS, so in principle variable rate N applications are useful to predict SNS more accurately.

But he adds that the average fertiliser N recovery figure for the soil in question is accurate enough to use – 60% on most soils and 70% on sands and silts.

“The important thing economically is to estimate the right average N rate for the field, which depends on making good whole-field assessments of SNS and crop N demand using a more conventional approach,” he suggests.

“Ultimately, whatever trials we do, the only way of knowing whether N rates on farms are right or not is by testing their effect on yield.”

This approach has some pitfalls – especially in data processing – but Adas is developing a new approach, called Agronōmics. This would see networks of farmers sharing and assessing data from their yield tests using specialised software.

“The reasons why yield is variable – probably a combination of water availability, nutrient supply and soil physical properties – are likely to be different on different farms, which makes it all the more important for growers to carry out their own tests.”

Results are being compared with those from conventional plot trials on 18 fields a year across six farms. This will provide a detailed dataset to show what extra intelligence can come from on-farm yield testing.

An associated network of about 12 farms is also using the approach to help provide wider evaluation: to gauge variability in field-average N requirements, determine how the N optimum might be predicted and to obtain practical insight.

Dr Kindred is hopeful that, with two more seasons’ results, LearN should clarify how useful tramline comparisons can be in helping growers to judge appropriate N rates, or indeed validate other husbandry decisions, for their farms.

The Auto-N and LearN projects seek to use precision farming to better predict appropriate N fertiliser rates on farm, and shed light on this major nutrient’s relationship with yield and soil

Cost: AHDB levy funding of £180,000 plus in-kind contributions from others and Defra under a Sustainable Arable Link programme (total £1.46m) 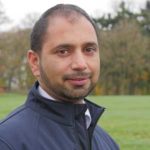 The challenge is to identify where it makes sense to apply more and where less. Auto-N and LearN results are helping us to develop practical on-farm approaches to fine-tune N rates.