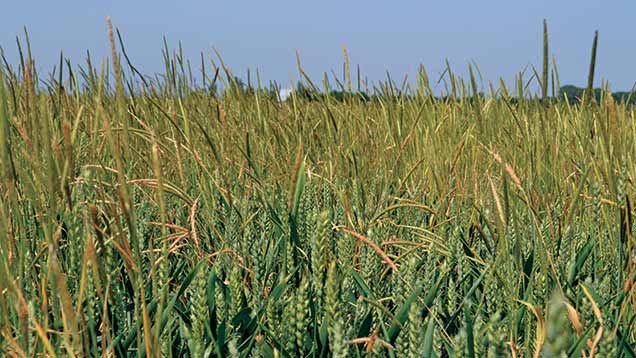 The fight against blackgrass will take longer than two seasons, so growers need to look now at remedial measures such as spring cropping and delayed drilling.

Britain’s most troublesome arable weed can cut cereal yields by up to 70%, putting long runs of autumn-sown crops in jeopardy in some areas of England and is prompting a new approach.

Blackgrass guru Stephen Moss has spent more than 40 years studying this pernicious weed and says current autumn-sown rotations are simply not sustainable on some farms.

Increased herbicide resistance to blackgrass is leading to ever more expensive programmes and yield losses are costing millions of pounds, he says.

“We have to look long term. Autumn-sown wheat-rape-wheat rotations are not sustainable for controlling blackgrass,” Dr Moss of Rothamsted Research tells Farmers Weekly.

A switch to spring cropping will help blackgrass control, but there needs to be a long-term integrated approach using a range of cultural techniques.

“One year of spring crops will not solve the problem. You need at least two years of good spring cropping to bring the levels of blackgrass down,” he says.

Blackgrass has grown into a major problem in the past 40 years due to the massive switch to autumn cropping, exacerbated by early drilling and herbicide resistance.

Many growers are spending more than £100/ha on herbicides for blackgrass control, and some towards £180/ha, and still not getting good control.

If the spread of blackgrass was driven by the swing to autumn cropping, then growers will need to switch back to spring sowing for better control.

See also: 3 key problems with arable farming – and how to fix them

As about 80% of blackgrass germinates in the autumn, the weed is difficult to control in autumn-sown crops, whereas in spring cropping blackgrass plants can be destroyed by seed-bed cultivation or the use of total herbicides such as glyphosate.

The introduction of blackgrass herbicides encouraged more autumn drilling and  early drilling, with half the winter wheat area now drilled in September compared with just 5% back in 1975.

As herbicides start to lose their efficacy against blackgrass, Dr Moss says growers needs to look again at rotations and cultivation techniques.

“The herbicide option allowed us to ignore biology – now we need to go back to biology. So we need later drilling and spring cropping,” he says

Because blackgrass is an annual grassweed propagated solely by seed, long-term control is only possible when the seed returned to the soil is reduced.

Dr Moss says biology explains why blackgrass can build up very rapidly given favourable conditions, and why populations can also decline sharply if seed return is prevented.

So more autumn-sown crops, earlier sowing and more minimal tillage are critical factors that can increase the problem.

Dr Moss and his team have come up with the magic figure of 97%, which is the blackgrass control needed simply to stop the problem getting worse.

With herbicides losing their effectiveness, a combination of cultural controls such as rotational ploughing, delayed drilling and spring cropping is now needed to get on top of blackgrass.

Rotational – or opportunistic – ploughing is an important tool as blackgrass can only emerge in the top 5cm of soil.

But ploughing needs to be good to bury all the seeds, then minimal disturbance is needed to avoid bringing the buried seed back to the surface.

Good ploughing can reduce blackgrass infestations by 69%, but many see good ploughing as a dying art on the farm.

“You only get one go at ploughing, so it really needs to be done well to bury all the seed below 5cm,” says Dr Moss’s colleague Richard Hull.

Other blackgrass control measures such as delayed drilling of winter cereals from mid-September to early October can cut weed infestations by 33%.

This can be a risky strategy in a wet autumn, but Dr Moss suggests growers should plan for delayed drilling and if the weather turns against them they should opt for drilling in the spring.

Stephen Moss says you need at least two years of good spring cropping to bring levels of blackgrass down.

Spring cropping has the biggest effect on blackgrass, showing 88% control over five trials when comparing drilling winter wheat in late September with spring wheat in mid-March, he says.

For heavy land growers, spring cropping can create problems in a wet spring and with difficulties in preparing good seed-beds.

“Spring cropping is risky, but growers should not put all their eggs in one basket and look for a balance between delayed drilling and spring cropping,” he says.

Dr Moss highlights that advice back in the 1930s for troublesome grassweeds was to drill later in the autumn and switch to spring cropping, and that advice still holds true today.

Fallowing and grass leys also give very good control of blackgrass, but are not always practical for some