Profitable environmental farming was the focal point of the latest AHDB Saltash Monitor Farm meeting, where farmers were encouraged to find simple and effective ways to integrate stewardship schemes into their existing farm business.

For host farmer Ashley Jones, who runs a mixed beef, sheep and arable farm, this means maximising gross margin on the farm’s highest-yielding arable land and dedicating 2ha of poor-performing areas to the environment.

This is something that he says makes both economic and environmental sense, helping make up the shortfall in Basic Payment Scheme decline, which ultimately sees farmers lose more than £200/ha in funding.

See also: How a Cornish arable farm aims to be net zero in five years

He highlights the importance of opting into schemes that fit hand in glove with current farming practices, which is why he plans to get the most out of stewardship schemes by making them work for him.

Currently, all 190ha of the Duchy tenanted farm in Cornwall run by Mr Jones is under an Entry Level Stewardship scheme, which is coming to an end this December – to be replaced with the Mid Tier scheme.

The small proportion of unprofitable farm land is to be replaced with a range of grass buffer strips, flower margins and wild bird food mixes at Smeaton Farm, which will “provide a guaranteed income source”.

“With input costs rising – diesel now at 80p/litre and fertiliser at an all-time high – it makes sense to remove the low-yielding areas and square up any awkward field corners and get something in return for it,” he says.

Mr Jones says that a low-performing field headland was planted to winter wheat last season and later failed. It was then re-drilled to barley the following spring, but it gave a disappointing yield.

“This is a prime example of an area of ground better suited for environmental land use,” he adds.

Mr Jones has 25ha of overwinter stubbles, which pay £116/ha. This allows for an abundance of volunteers and weeds that act as a natural soil cover, providing habitat and food source for a range of beneficial insects and ground-nesting birds.

The farm is also home to 150 ewes and 50 suckler cows, where all progeny are finished and fattened on farm. 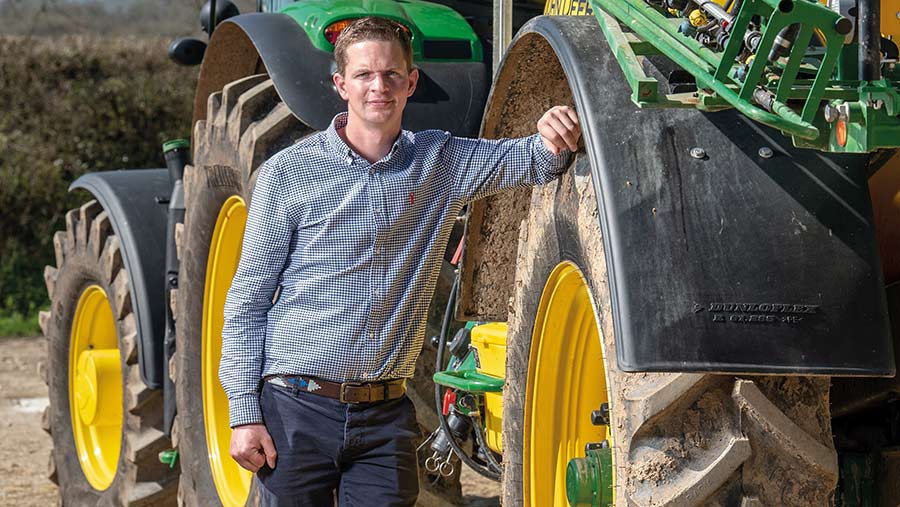 Sheep are grazed over winter on a brassica, turnip and forage rape mix, which pays £100/ha and acts as a break crop within the cereals rotation. Either oilseed rape or the brassica sheep grazing mix is rotationally planted once every six years.

Next season, Mr Jones hopes to plant 10ha of cover crops to replace an area of overwinter stubble, which pays £114/ha. This will not only provide additional sheep grazing, but a large area of crop biomass to capture nutrients and carbon throughout the winter, setting up the soil ready for the following crop.

As a Duchy farm tenant, protecting farm water quality is one of the estate’s key environmental objectives, and the new agreements hope to help achieve this.

Mr Jones has entered a 6ha area of permanent pasture grasslands into a low-input scheme, which is only permitted to receive a total of 9kg nitrogen/ha a year.

Smeaton Farm also boasts an array of successful diversified enterprises- which now contribute a huge 75% of the farms total profit and turnover.

Enterprises include a bed and breakfast, maize maze, pumpkin patch and contracting business.

As the grassland is an old ley, he says it doesn’t respond well to high doses of nitrogen. He currently takes a couple of cuts of hay off it each year, and under the new scheme this can continue, but with the added extra of a £95/ha payment.

“We’re set to make some extra money on something that we already do. As the grassland is close to a nearby watercourse, we are limited with how much nitrogen we can apply, so it fits perfectly with the business.”

In this instance, the number of livestock on farm would be scaled back and spring barley may be replaced with more environmental stewardship areas, grown as part of the arable rotation.

This would make way for additional guaranteed payments, with an overwinter stubble or cover crop planted in between a commercial crop and a spring-sown environmental mix.

Profitable environmental farming – can it be achieved?

Independent agronomist and environmentalist Marek Nowakowski (pictured below) believes that farming for both profit and the environment is certainly achievable.

However, in order to do so, farmers need clarity from the government, the correct incentive, payment and the right attitude to do so. 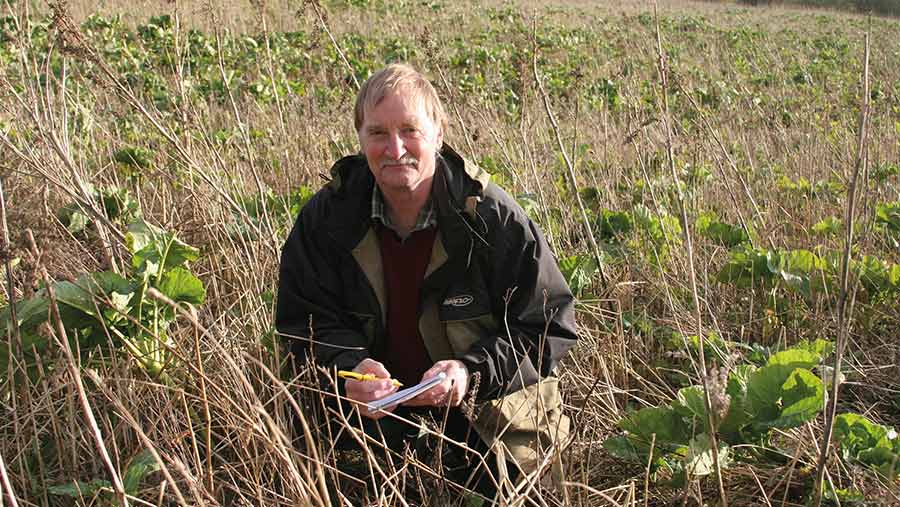 “Defra needs to understand and actively engage with the farming industry to provide clear and concise information and guidance to our farmers.

“As the new Environmental Land Management scheme takes hold, farmers can either view this as an income stream, environmental opportunity, or, most importantly, both,” he explains.

For those making their first steps into the environmental farming era, he advises growers to calculate the gross margins of individual crops and on a field-by-field basis, after Basic Payment Scheme reduction.

He also reminds growers of “the golden rules” when it comes to managing environmental schemes such as wild bird mixes and flower margins, as just like commercial crops, good management makes for good results.

“Flower seed depth and sowing at the correct time of year is absolutely critical. Don’t just buy any old cheap flower mix, but make sure it contains the flower species you need to attract the insects you want. Remember, successful establishment in year one is vital.

“Sown perennial species will require repeated cuts in year one to suppress annual weeds. Cutting perennials will allow the flower to blossom again the following season, but cutting annuals will prevent the flower from going to seed and therefore will stop next season’s growth,” he concludes.