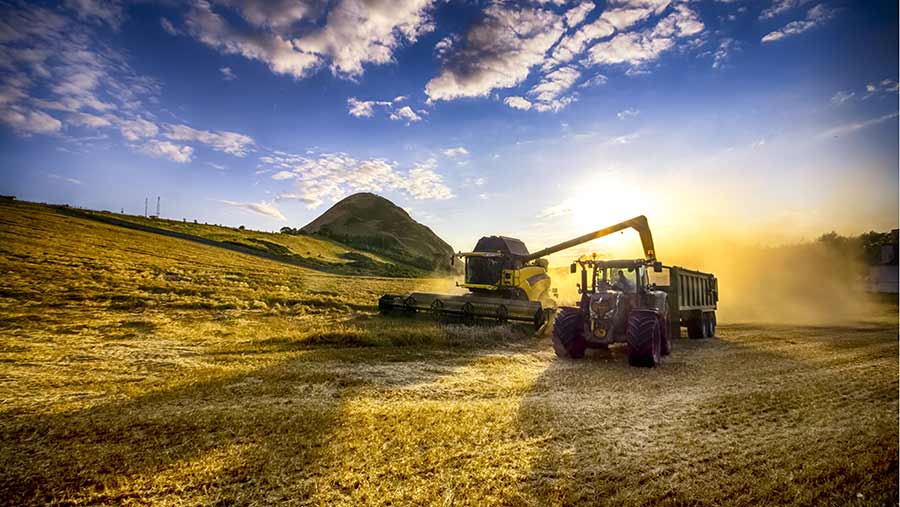 Scotland’s 2015 cereal crop looks like the largest for 20 years.

Rural Affairs Secretary Richard Lochhead acknowledged the achievement, especially considering the challenges of poor growing conditions after some parts of the country had the wettest summer in a century.

“However, I am aware that producers in some areas, such as Shetland, have yet to harvest their crops, and the Scottish government, NFU Scotland and other stakeholders continue to closely monitor the situation through our wet weather working group,” said Mr Lochhead.

The results also showed farmers had adapted well to the greening requirements under the reformed CAP, said Mr Lochhead, although it was likely the three-crop rule had resulted in a slight decrease in spring barley production.

“That is why the Scottish government continues to push hard in Europe for equivalence measures that will allow Scottish farmers to choose alternative ways of meeting their crop diversification requirements,” said Mr Lochhead.

While many had seen yields well above average in 2015, NFUS combinable crops policy manager Peter Loggie echoed that harvest still had to be completed in parts of Scotland and said price would be a bigger issue than location or yields.

“Those growing crops in the west, Caithness, Sutherland, Orkney and Shetland will have seen yields hammered by a cold and wet summer.

“Regardless of where growers are, or how their harvest has been, a bigger issue will be on price. Grain prices remain badly depressed due to expectations of a big supply of wheat on world markets.

“World prices have the biggest influence on home market prices, so for those who managed to achieve these high yields, they will simply help offset the low price.

“The mild weather and good sowing conditions last autumn is reflected in the higher tonnages of wheat, winter barley, oats and oilseed rape. The increase in oats is also partly a reflection of growers having to comply with new CAP rules that required some growers to plant more than two different crops if they were to be eligible for the greening element of support payments.

“Scotland’s most important crop – spring barley – has had a more variable weather-affected season.  Spring barley, the mainstay of our whisky industry, has suffered significant problems with ‘skinning’, whereby the husk has been lost from the grain, affecting its suitability for use in malting. That has meant some crops were rejected for malting, resulting in a big drop in its value due to the loss of the malting premium, while others crops were accepted for malting, but with deductions.

“The union continues to work with other parts of the industry to try to reduce rejections for malting due to skinning. This has become too frequent a problem, adding significant risk to farmers who want to grow the varieties the malting industry wants, but which are ultimately highly susceptible to skinning problems.”