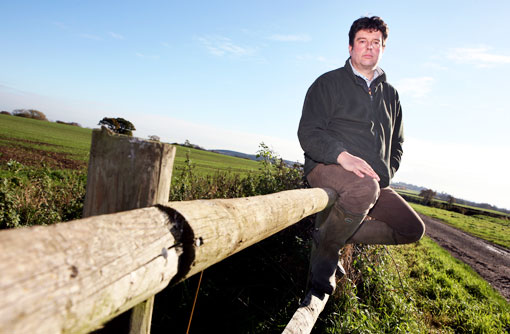 It’s that time of year when the all too familiar phrases come out. “It will dry up”, “you just need a bit of patience” and “we might get an Indian summer”. Well, it hasn’t dried up, I have no patience left whatsoever and summer is a word that was used in olden days to describe those dry warm months between June and October.

Half the farm is planted with oilseed rape whose growth stages range from cotyledon to six true leaves all within the same field. I hope we maintain some mild weather as these crops really need to even up before we even think about blackgrass control strategies, using the likes of Kerb (propyzamide) and Crawler (carbetamide).

We have planted 35% of our wheat, which is all of the Solstice and have now put the Vaderstad drill to bed. A second-hand Weaving tine drill was purchased to try and drill some more. It is still sitting in the shed. The ground is, for those who watch Miranda, what I call completely saturated. I think there may be a lot of spring crops in this part of the world unless we have a period of sustained dry weather.

The real threat this year for those crops in the ground is the massive slug population. Even well-established rape plants are still being heavily grazed. The major concern is finding traces of metaldehyde in the watercourses. Slug pellets of all active ingredients are being applied in a desperate attempt to save crops and within a couple of days we are hit with another downpour.

An alternative method of control was offered in an interesting piece on Countryfile. The thoughts were that grass margins will increase the population of beetles, which in turn will eat the slugs. Well, the beetles in my margins are being killed in the rush by all the slugs that also live there.