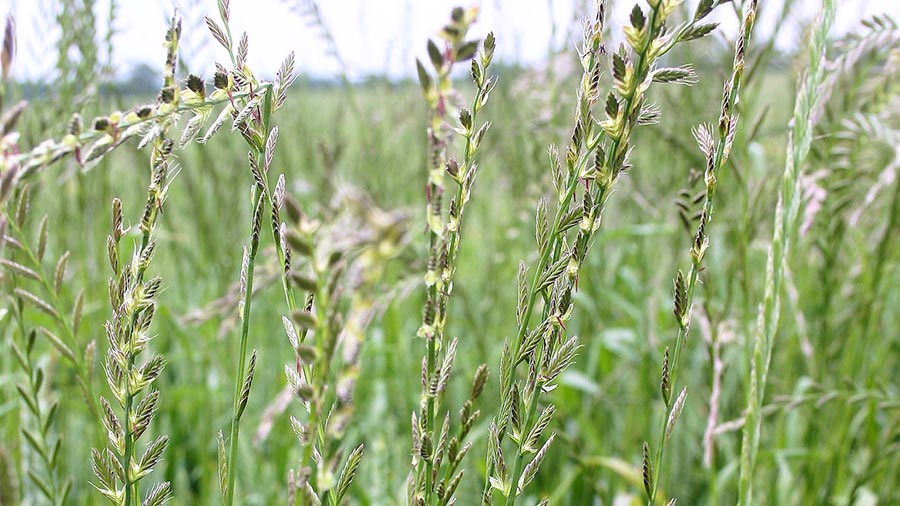 In those situations, spring applications of a contact graminicide to control grassweeds and protect yields become a priority to prevent yield loss.

Where pre-emergence applications are missed, weeds will have germinated and be growing away alongside the crop.

A broad spectrum of grassweeds also germinate as temperatures begin to rise in the spring.

Missed sprays may result in larger populations of grassweeds, and plants that are at a more advanced growth stage, making them difficult to control and creating an environment where selective resistance can start to build.

Alister McRobbie, cereal herbicide category manager at Corteva Agriscience, said: “Farmers will be looking out for bromes, ryegrass and wild oats which, if left unchecked, could become a bigger issue and knock yields.

“Getting on top of these grassweeds before they get too large is key to controlling them. Weeds left to grow larger will compete with the crop for light, space and nutrients, damaging the crop’s potential.

“We know that grassweeds reduce the number of tillers, grains per ear and thousand grain weight, so it really does pay to act fast, as soon as conditions allow.”

Poor quality seed beds may also exacerbate the problem of weed control. Wet weather in the autumn can mean that crops are drilled into cloddy seed beds.

This is likely to result in protracted germination of grassweed seeds as temperatures rise, meaning that weeds may be at different growth stages at the point of spraying.

That doesn’t mean that growers should wait before applying a contact spray though. To give the crop the best chance to grow away and out-compete grassweeds, herbicide applications should be made as soon as possible.

Which chemistry to use

Alister added: “Contact herbicide Broadway Star (pyroxsulam + florasulam) controls ryegrass, sterile brome, wild oat and a range of broad leaved weeds. It can be applied to winter wheat up until GS32, but the earlier the application is made, the smaller the grass weed, and the greater the benefit to the crop.”

Application method, as well as timing, is important for optimal control.

Active growth of both weed and crop is vital. This means soil temperatures of six degrees or more, for three days before and after application. The higher rate of 265 g/ha should be used, ideally in 130-150 litres water/ha with a fine to medium spray nozzle.

What about spring crops?

Spring wheat has become a vital crop for farms who are trying to get on top of blackgrass. And in 2020 there was a huge, enforced shift to spring cropping and over 1m hectares of spring barley planted.

The spring area is expected to return to somewhere close to its long-term average in 2021, but growers still need a simplified and cost-effective approach to control the main yield robbers.

When used in spring crops, Broadway Star can be applied from 1 March to 31 May from growth stages 21 to 32.

The maximum application rate is 200g/ha in spring wheat and it is safe on all varieties, regardless of when they were sown.

An adjuvant must be used and applications should be made using a fine to medium spray quality.

Where a mix of broadleaf and grassweeds need controlling in spring cereals, growers could use Arylex-based products Pixxaro or Zypar plus Broadway Star to control wild oats and a wide range of broadleaved weeds.

In late-sown winter cereals, Pixxaro at 0.375 litres/ha plus Broadway Star can be used to control both grassweeds and broadleaved weeds from 1 February to growth stage 23.

Tank mixing with plant growth regulators, fungicides and trace elements will help reduce the number of sprays applied to crops in the busy spring period. This will be especially helpful with the expected increase in spring drilling work.

In Scotland, Broadway Star is likely to be the contact herbicide of choice on either winter or spring cereals, due to its effective control of ryegrass, brome, oats, and range of broadleaf weeds.