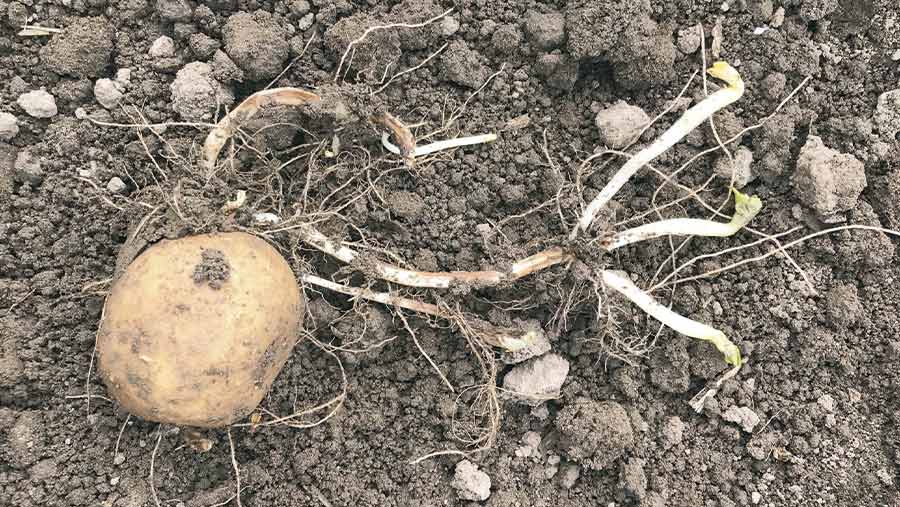 Spring has arrived and planting has continued non-stop since my last report. Soil conditions have generally improved, although some poorly timed cultivations have led to wet soils drying out like concrete.

As a consequence, they have required a large amount of horsepower, fuel and steel to achieve a decent seed-bed.

In Yorkshire, there is just the last few fields of seed to be planted. Early-planted crops are emerging and if conditions remain dry, pre-emergence sprays containing prosulfocarb + pendimethalin will be less effective.

However, canopies should develop quickly to outcompete the weeds (hopefully).

In Cheshire, planting of maincrop has continued at a rapid pace and at the time of writing, was just about finished.

First earlies under fleece have developed quickly over the past two to three weeks, with the first new “Cheshire” Maris Bards available by the bank holiday weekend.

The first-planted open ground crops are somewhat variable, with patches of free-living nematodes (FLN) and rhizoctonia damage being observed, even where azoxystrobin has been applied.

This just confirms the strong link between the two and the variability in FLN numbers across fields. A sample result may give you a low count with a low risk of feeding damage, but is it representative? 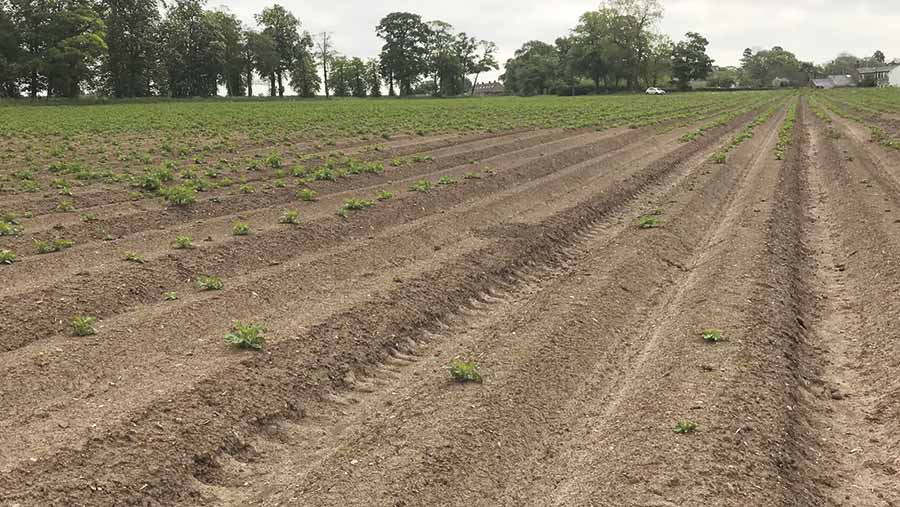 In Lancashire planting continues, while crops left in the ground from last year – if not already harvested or destroyed – are growing again.

This is ringing alarm bells already  in terms of blight risk – given the right conditions, I would expect blight pressure to be very high in this area.

In this situation, I would suggest that fluazinam is not the first choice of active ingredient to use as the first blight spray.