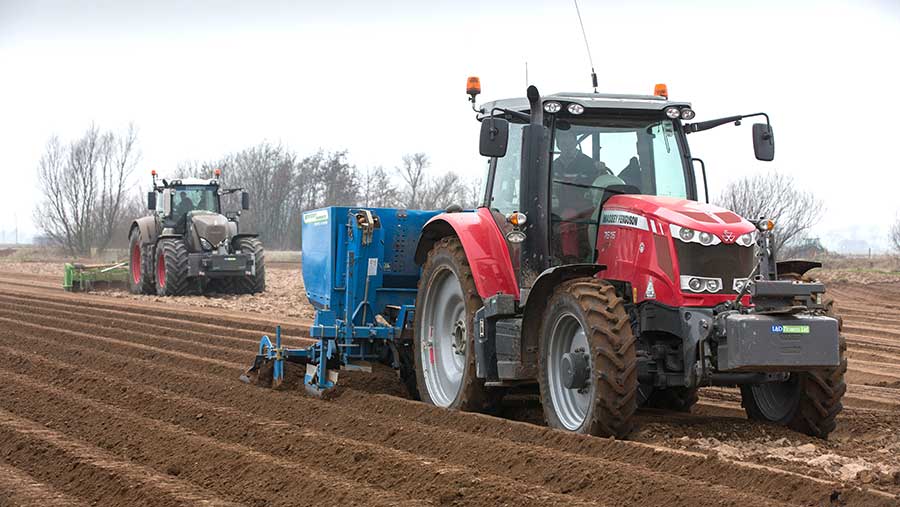 Planting finally got under way in Yorkshire and the Borders once it stopped raining and the sun came out for a day or two.

Conditions are variable, to say the least, with most fields having wet areas that should be avoided. Trying to cultivate and plant these will only cause issues at the other end of the season – powdery scab and pink rot come to mind.

Land that was ploughed during winter is being problematic and will need to dry out at depth, whereas freshly ploughed land is working much more easily. Feedback from growers who have grown cover crops is positive, with improvements in soil structure and workability being observed.

My son is currently operating a destoner on a neighbouring farm. I have suggested he take a spade so he can at least look at the state of the soil the share is working in and adjust it if he is smearing the soil and creating a pan.

With planting a week or two later than normal, roots will need to develop unhindered if we are to achieve the crop’s full potential, which will also depend on how quickly crops emerge.

Ideally, we need to get to full ground cover by the longest day, so how deep does the seed tuber need to be? Going shallower can speed up emergence, but may bring about a greater risk of greening.

In my opinion the correlation between planting depth and greening is small, particularly when there is plenty of soil on the shoulders of the ridge.

First-planted crops are emerging in Cheshire. My observations suggest there is little difference between those fleeced and those not, probably because of the lack of sunshine.

Herbicides are being applied, making good use of soil moisture to get the best out of the residual element.

Frustratingly, I still come across large re-established annual meadowgrass patches which diquat has little effect on. It tends to make things look untidy, but rarely causes a problem when lifting green tops first and earlies second. The next challenge will no doubt be blight control.