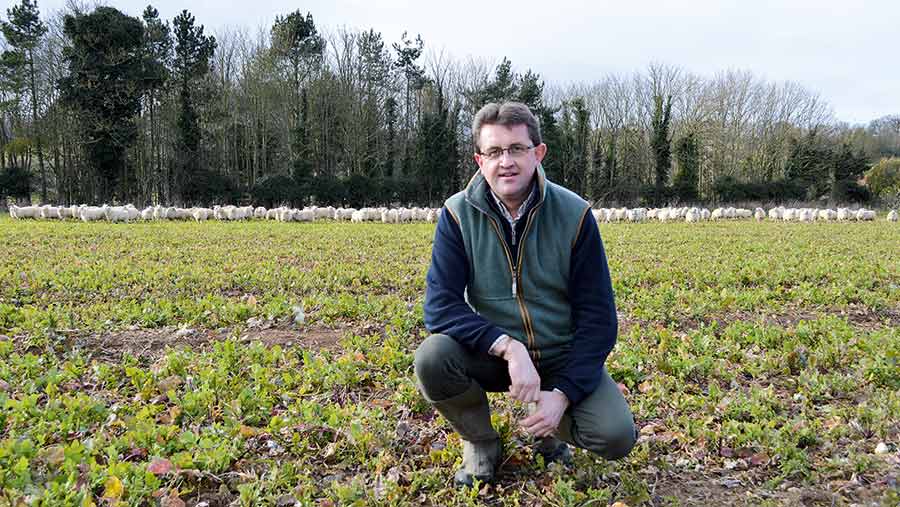 Sheep numbers are rising at Holkham and so are crop yields as this north Norfolk coastal estate sees a profitable place for livestock as part of its rotation.

The sheep are adding fertility to the estate’s light soils as they feed on cover crops, while helping to push arable yields higher and cut cultivation costs.

“Yields have increased over the past two years since we introduced cover crops and sheep, with our soils now being more workable and friable,” he tells Farmers Weekly.

Average winter wheat yields last season nearly touched 10.5t/ha and oilseed rape yields were a shade under 5t/ha. In addition, some of the estate’s highest sugar beet yields were recorded.

The cover crops are grown primarily before sugar beet, which leaves soils in a good condition, with only two cultivation passes needed before beet drilling.

Sugar beet yields reached 72t/ha across 250ha of the estate’s light land last season, with the crop established without ploughing – avoiding the land drying out quickly and then having difficulties in creating a seedbed.

“We are seeing yield increases across the rotation as we are improving nutrient levels and soil structure and are raising organic matter,” Mr Beamish says.

This is the third year of cover crops and the second year of sheep grazing, after new management introduced a new rotation and looked to improve fertility levels on the estate, which lies north of Fakenham.

A new six-year rotation was established (oilseed rape-winter wheat-sugar beet-winter wheat/spring barley-potatoes-winter barley) after Poul Hovesen was appointed director of farming in late 2011, with responsibility for the estate’s 2,300ha of managed arable land.

This was devised as a modern version of the Norfolk four-course rotation of turnips-spring barley-grass/clover-winter wheat that was created two centuries ago.

This season, 1,000 store lambs were bought in to feed on 300ha of largely oil radish, up from the 400 lambs fattened on 80ha the previous season.

Mr Beamish says the estate is on a learning curve with cover crops and grazing sheep, and this season he had to bring in extra lambs from Holkham estate tenants to eat off the cover crops after good growth through a mild winter.

He adds that oil radish seed costs about £30-40/ha. With the additional expense of some starter fertiliser and cultivations, the crop costs £80-100/ha in total to establish.

Store lambs are brought on to the estate in late October, and the first fat lambs leave in February, with most of the livestock away by the end of March.

The profit per lamb is about £20 a head, but it falls to £13-15 a head when taking into account costs such as labour and electric fencing.

The cover crops area could increase to more than 500ha to include all over-wintered land before sugar beet and potatoes, but Mr Beamish is cautious about overexpansion as it might be difficult to match the cover crop area to sheep numbers.

“If we didn’t have the sheep, we would probably have to mechanically top the radish and then there would be too much trash and we would have to plough,” he says.

The combination of cover crops and sheep together with the long rotation and better soil health have all contributed to the lift in yields on the estate of nearly 30% over the past three years. 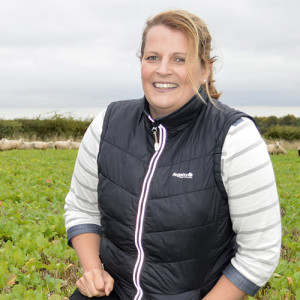 She grows 200ha of mustard cover crops – 40ha of which were eaten off by sheep – and this grazed land was in excellent condition when direct-drilling spring barley.

“We are looking to build up organic matter over the long term, and our lighter land is very noticeably better to drill in the spring,” she says.

Ms Franklin manages 1,000ha of arable land with her father, Philip, at Lower Heath Farm, between Baldock and Royston, and helps to run a 1,100-sheep flock with her partner, Rob Hodgkins.

The benefits for the farm include an extra 0.5t/ha yield from the 200ha of spring barley malting variety Propino being grown (which yielded 8t/ha last summer) and the long-term soil fertility gains.

“Our soil is in excellent condition and we are able to direct-drill spring barley on some of our lighter land,” she says.

The sheep business rents permanent grassland for summer grazing and there are plans to expand the flock to 2,000-2,500 ewes within five years. 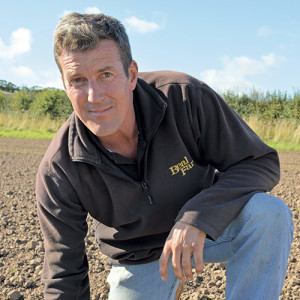 The world’s top-yielding wheat grower is planning to bring grass back into his rotation to enhance the long-term fertility of his coastal arable farm.

He farms 400ha of rich, heavy clay soils in an arable rotation at Beal Farm, which overlooks Holy Island, and harvested a record wheat crop of 16.52t/ha last September with a field of Dickens winter wheat.

“Soil fertility is still good and not an issue, but with continuous cropping on heavy land I am looking to the long term and want my son to inherit a good farm,” Mr Smith says.

His farm is split by the main London-Edinburgh railway line. On one half he is drilling a 27ha block of spring barley to be undersown with grass.

The grass will be grazed off by a neighbour’s sheep before being returned to the arable rotation with soil fertility enhanced and without any extra labour.

“For the long term, with such price volatility, we need to get yields up across the farm and be as efficient as possible,” he says. 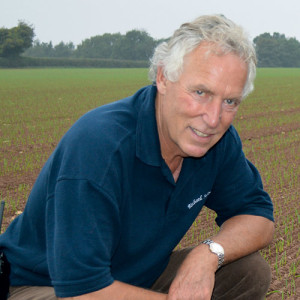 Long-term farming sustainability is the key to Richard Solari’s decision to bring grass back into the rotation and a bumper winter barley crop is the result.

On his 530ha of light land at Heath House Farm, Beckbury, Shrop­shire, a mixture of grass and biofumigants keeps the farm green in winter, with no bare soil in sight.

He is now growing 10ha of an Italian ryegrass-white clover mix and 16ha of cocksfoot-red clover – the latter being a mix his father favoured for its deep-rooting character.

“Why now? With cereals at breakeven, it makes sense to minimise the area of cereals and put the farm right,” says Mr Solari.

He see two years of grass giving the ideal entry to potatoes, while he can use a biofumigant crop of mustard/rocket/radish elsewhere in the rotation to keep potato cyst nematode under control.

Both grass mixtures are made into hay and provide sheep grazing, but the primary aim of the cocksfoot mixture is to improve soil structure, mirroring a practice used in New Zealand by his brother, Mike, who produced a 15.42t/ha wheat crop in 2010.

“We are looking at the long term, into the next 20 years,” he says, “especially as I have two sons, Ed and Tim, in the business.”