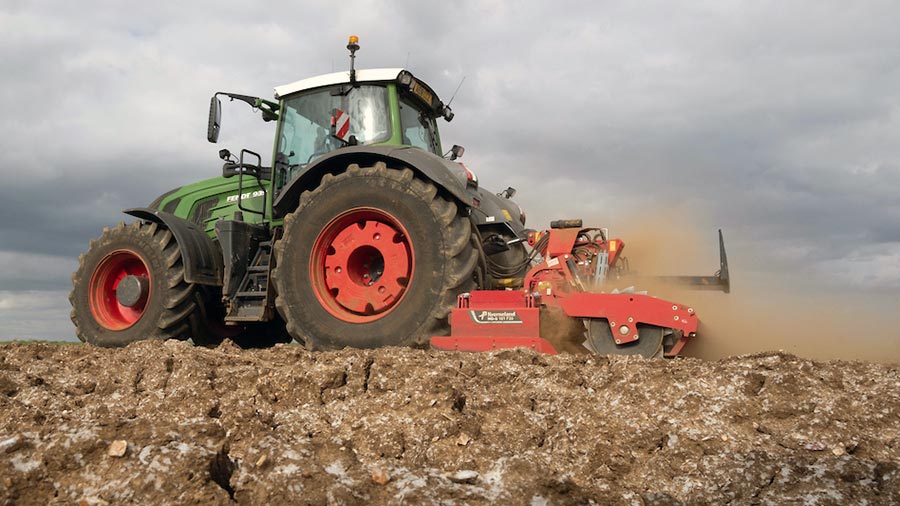 After five years of monitoring more than 150 fields, the Beet Yield Challenge (BYC) has identified three important factors which growers can target to narrow the 10-25% gap between actual and potential sugar beet yields.

About 30 to 40 fields are entered each season, and are assessed using a mixture of measurements, such as drilling and emergence dates, establishment counts, canopy development and health, and harvest data.

Potential yields are calculated using the BeetGro model, which estimates canopy development, root dry matter production and sugar accumulation according to weather and soil moisture release curves for the relevant soil type of each field.

“The model assumes a healthy growing canopy, but will reflect any drought periods,” explains Simon Bowen, head of knowledge exchange for BBRO. “Using potential yield normalises, to a degree, the effect of soil type and weather to make it a fair comparison.”

While the growers with the highest potential yields are recognised each season, the main benefit of BYC is the insights that can be drawn from the detailed assessments, and how that can help growers improve their agronomy and yields.

“Broadly, we lose around a quarter of our potential yield on average,” Dr Bowen says. “We’ve identified three areas where yield is most consistently lost.”

3 key areas for sugar beet growers to focus on

While the BYC average plant population in most seasons has been close to the target 100,000 plants/ha, as with every average that hides a lot of variation.

It became clear as early as BYC year one, in 2017, that lower plant populations result in lower yield potential, driven by patchiness in fields rather than uniform low plant populations, Dr Bowen says.

He estimates that low plant populations in parts of fields consistently cost about 10-15% in potential yield.

Low and variable plant populations were yet another factor contributing toward poor yields in the challenging 2020 season, badly affected by virus yellows and cercospora.

A very dry spring made it difficult to prepare good seed-beds for rapid germination and crop development, resulting in patchy crops and the lowest average plant population of 89,000 plants/ha.

It also helped virus yellows take hold, he notes. “The patchy crops tended to be more attractive to aphids because of the greater colour contrast between crop and soil,” he says.

“Getting populations right comes back to managing cultivations for seed-beds – in particular, cultivating when conditions are right rather than drilling by date.”

With a run of dry springs during the BYC period, he questions whether multiple cultivation passes, which can result in dry seed-beds and the formation of clods, is the right approach.

“When it is dry, think about the minimum number of passes, so rather than dragging a tine cultivator through three times, it might be best to power harrow once,” he says.

“Look at the season, at the weather, and be flexible. The difference between growers with good plant populations and others is being prepared to adapt to the season.”

That flexibility could potentially include precision approaches, such as variable-rate drilling, strip-tillage or simply identifying the more challenging areas of fields and managing them appropriately, he adds.

Across the past five years growers lost about 10% of yield potential to summer drought, with higher levels lost in years where drought was a bigger factor. Those years included 2018 and 2020.

Dr Bowen says: “The yield model doesn’t account for virus or cercospora infection levels – it assumes a healthy growing canopy, but even so, in 2020 it predicted yields 20% lower just because of the drier summer weather. Low yields were not just down to virus yellows and cercospora.”

Over the years a pattern has started to emerge whereby crops grown on fields with greater soil resilience are better at coping with summer drought.

A broader connection has also become clear between improved soil health and susceptibility to other stresses – such as soil compaction and slumping after heavy rain, as well as disease and virus.

“Fields with a history of these practices have more resilience, and perform closer to their potential.”

3. Keeping crops healthy into the autumn

The ability of sugar beet to recover from summer drought and continue to put on yield in the autumn has also been highlighted by BYC, through having both early and later harvested crops to compare.

“It is a case of planning to harvest a crop late, not just harvesting a crop late,” Dr Bowen stresses.

Where autumn management is poor, about 10-20% of yield potential can be lost. Solutions start with choosing varieties that maintain a stronger canopy for longer, he says.

“Some varieties lose their canopy quicker than others, which the BYC has helped us to identify. We can now provide information on which varieties produce a stronger, more vigorous canopy, and you want to combine that with some cercospora resistance.

“It’s also about routine fungicide protection. BYC has proven that with a disease like cercospora you can’t cut corners.

“We have to change our way of thinking from just putting on a spray in July and maybe another one when you’ve finished grain harvesting. We have to align it to risk, and might have to think about a third spray if the risk is high.”

Attention to detail is the overriding common denominator for achieving more of the crops’ yield potential, he adds.

“Over the five years, a number of growers consistently achieved a higher proportion of their potential yield than others. Managing agronomic detail, especially these three factors, to extract best performance, has a management time cost, but the BYC clearly shows it is worthwhile.”

Where next for the Beet Yield Challenge

After five years, the next step for the Beet Yield Challenge is to open up to more growers, Simon Bowen says.

“That’s where the value is. We’ve tried and tested this approach and it highlights some really useful information.”

To enable this, BBRO has developed an online version called Beet Yield Tracker to allow growers to enter their own data, he explains.

“It will need some discipline around data collection and entry, but it will do everything we’ve done with BYC, including calculating potential yield using local weather data, comparing it with actual yields, and providing some attribution to where they have lost yield to help what to focus on to improve.”