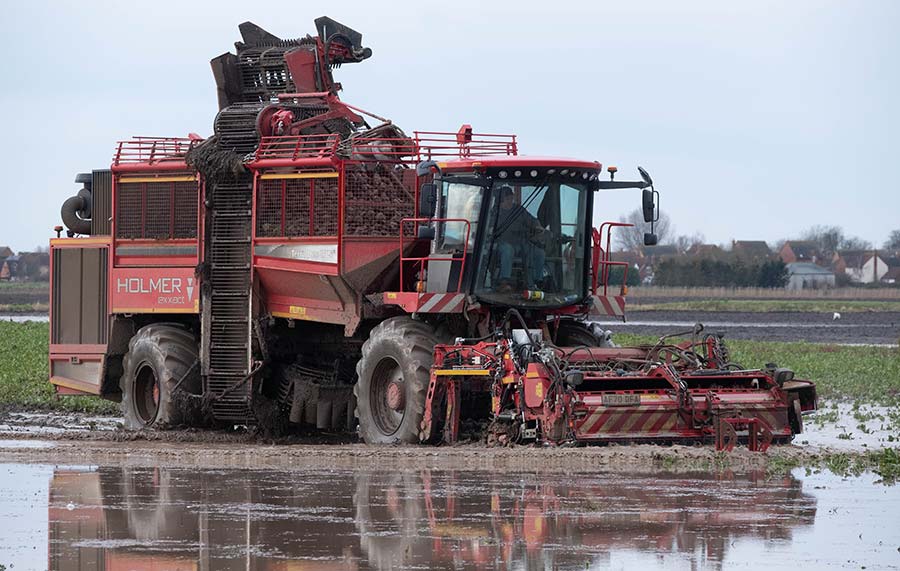 Sugar beet growers are being offered an enhanced support package for the 2021-22 campaign following a challenging season which has devastated crops.

British Sugar unveiled the “Beet Package Plus” offer to its 3,000 growers on Thursday (18 February).

To help with cash flow, growers will be able to defer their seed invoice interest-free until the campaign.

The processor said it recognised that growers and contractors did not want to operate harvesters in fields that were waterlogged and simply not suitable for lifting.

British Sugar agriculture director Peter Watson said: “Following a difficult season in 2020-21, we are pleased to offer this enhanced support package to our sugar beet growers, to help the whole industry for the upcoming season.

“We thank growers for their considerable support over the last year and look forward to working with all our colleagues across the homegrown beet sugar industry.”

A £12m assurance fund for growers with crops affected by virus yellows disease, underwritten by British Sugar, remains in place for the 2021-22 campaign.

But NFU Sugar board chairman Michael Sly accused British Sugar of “complacency”, saying the support package was not enough to stop many growers from abandoning the crop.

“Continuing low contract prices, coupled with much greater risks of yield loss from disease, means sugar beet is no longer viewed by many growers as a viable part of their rotations,” he said.

While the NFU had demanded targeted aid, this had not been delivered, and British Sugar had also failed to pay growers some of their 2021 contract in early summer, to help with a desperate cash flow situation.

NFU Sugar estimates the “cash flow support” in the British Sugar offer to be worth just 1p/tonne on average.

“To our growers British Sugar claims poverty, but to the City its parent company Associated British Foods recently announced a £100m profit for the global sugar division,” said Mr Sly.

Meanwhile, British Sugar said it was slowing beet throughput at its factories to support growers trying to lift crops during the final weeks of the current campaign.

This would allow more time for growers to deliver their remaining crop.

Should this not be possible before their contracted factory closes at the end of this season, growers will be able to deliver beet to their next closest factory at the processor’s cost.